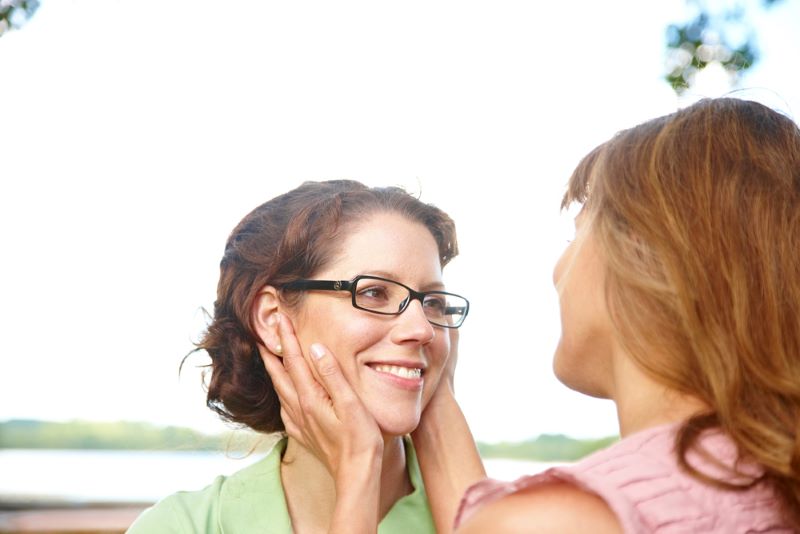 Falling in love with someone new is clearly an enormous problem for a marriage. The pain and confusion are compounded, however, when it’s with someone of the same gender. It’s this situation that has more men than ever saying, “My wife turned lesbian” and wondering why.

Losing your wife’s affection to another man is hard to take. Anger, hurt, devastation – these are all common emotions. But if your wife seems suddenly to have “turned lesbian” those feelings are often eclipsed by shear confusion.

These are just a few of the initial questions a man might have if his wife suddenly seems to be interested in women.

But the biggest question is probably,

Is It My Fault My Wife Turned Lesbian?

This is a big and complicated question. The short answer, however, is no – you aren’t responsible for your wife turning to women.

Your wife’s interest in women is not a commentary on your manhood or ability to satisfy her. It’s far more complex than that.

However, if there have been problems in your marriage or the two of you have grown apart, you do bear some responsibility.

If a couple whose marriage is in trouble because of,

or any of the other many issues that can drive a wedge between spouses, and they aren’t actively working to fix it, the problems will continue to grow.

This can create desire and opportunity for partners to look for love and connection with someone else. And for some wives that someone else may be a woman.

So, How Come She Turned Lesbian Then?

This is where it can become complicated.

There are two possibilities for why your wife is now interested in women.

1. She’s always thought she was gay and is only now ready to recognize it.


There are many reasons a person may feel compelled to go for years denying their sexuality.

If your wife has always been attracted to women and is only now coming to terms with that, she’s probably struggling and confused as well. And she will likely have some psychological issues to work through regarding her identity and what she’s denied for so long.

In this case she hasn’t “turned lesbian” but rather labored internally to understand who she is and what to do about it.

Sexual fluidity is a bit different. It is, in fact, a circumstance where a woman has effectively “turned lesbian.”

In other words, her desires and sexuality have shifted.

Sexual fluidity isn’t new, but it’s also something that hasn’t been talked about much.

In these cases, a woman may have been fully attracted to men, in a happy marriage, and sexually fulfilled by her husband for years. She may have never even considered the idea of being with a woman and likely never thought that falling in love with a woman was possible for her.

But for some women sexuality can change with age. It can happen to men too, but not nearly as often as it happens in women.

It’s thought that this may be due in part to complicated hormonal and physical changes in women that affect sexuality and desire.

Late-life lesbianism isn’t a certainty by any means, but it’s also not unheard of anymore.

And since there’s now an increasing belief that sexuality exists on a spectrum, it’s become easier for a woman to find the courage to leave her marriage and turn to another woman for love, comfort, and sex.

Of course, this is cold comfort to a man whose wife has left him for another woman.

Will She Turn Back?

There’s no way to answer that question with certainty.

Much of what the future holds depends on whether she’s always believed she’s gay and simply not acknowledged it, or whether this has been a recent change in desire.

If your wife has been happily attracted to men for the majority of her life and is experiencing sexual fluidity it’s possible.

If she’s been repressing her sexuality for years, it’s not likely.

Regardless of the reasons for her change, putting your life on hold in hopes of things changing back isn’t always the wisest.

What’s A Husband To Do When His Wife Becomes A Lesbian?

It can be easy to focus on the complicated psychology and even biology that a woman experiences if her sexuality shifts. But a wife who has turned lesbian is only one half of the marital and life upheaval equation.

Husbands are the other half.

If you’re a husband whose wife seems to be turning into an entirely different person right in front of you, it can be confusing and intensely painful. Suddenly everything that was once certain is in question.

What do you do?


Let’s start with acknowledging that when your spouse falls in love with and wants to be intimate with anyone other that you, it’s painful. Man or woman, the feelings of pain and betrayal are the same.

And feeling confused and isolated is normal too.

Telling a trusted buddy that your wife had an affair is difficult enough, but telling him it was with a woman can feel embarrassing and emasculating for most men. Hence the likelihood of isolation and loneliness.

So, if you’re a husband whose wife has turned lesbian or just found the courage to admit what’s been there all along, consider the following tips to help you cope:

You might be thinking, “She hurt me – why would I want to hear anything more from her?”

While your feelings are justified, understanding how she/your marriage got to this place will be important for your own healing and ability to move on.

It’s also very likely she’s feeling confused and upset too. Out of respect for the life you have shared, an open conversation about how you each feel will be an important step for both of you.

You need to be heard too and she will need to understand what she’s putting you through.

But talking about this and getting feedback and guidance from an impartial party is crucial. Facing your wife turning lesbian can be like looking through a tunnel. You need someone to help you gain perspective and figure out your next step.

Can A Marriage Survive If A Wife Turns Lesbian?

The answer to this question is both no and yes.

No, your marriage can’t survive in its current form. The bridge back to what your marriage had been blew up the moment your wife told you she wanted to be with a woman.

Yes, your marriage can survive in a new form if that’s what you each want, but that’s going to require a lot of discussion, planning, and work.

Your wife’s changing sexuality may not mean she wants a divorce and a new life. But the two of you will have to figure out what staying married looks like.

There is a tangle of complexities that come with any of these options, and it would be wise to seek the guidance of a marriage counselor with experience in this area no matter what you choose.

Dr. Kurt has counseled couples in this situation and can speak to the associated confusion, difficulty, and pain. When asked about it he had this to say,

I've counseled a number of married couples who've had to deal with one partner finding out the other is attracted to the same sex. Most often this happens through the discovery of cheating, porn, or dating sites. Even more impactful than the shock of what they've found is the revelation that their partner isn't who they thought they were. Hence, the question, 'How did my wife turn lesbian?' Devastated partners struggle the most with understanding how their partner's sexuality could be so different from what they've always believed. One told me a few weeks ago that 'it makes no sense to me.' And this confusion only intensifies the dishonesty and betrayal elements already affecting them."

There are few things more jarring and hurtful than finding out your spouse is gay. Such a realization can feel like the ground just crumbled beneath you.

If you decide to stay married the help of a marriage counselor is crucial.

And know that you aren’t alone. There are others out there who’ve asked, “Why is it that my wife turned lesbian?”