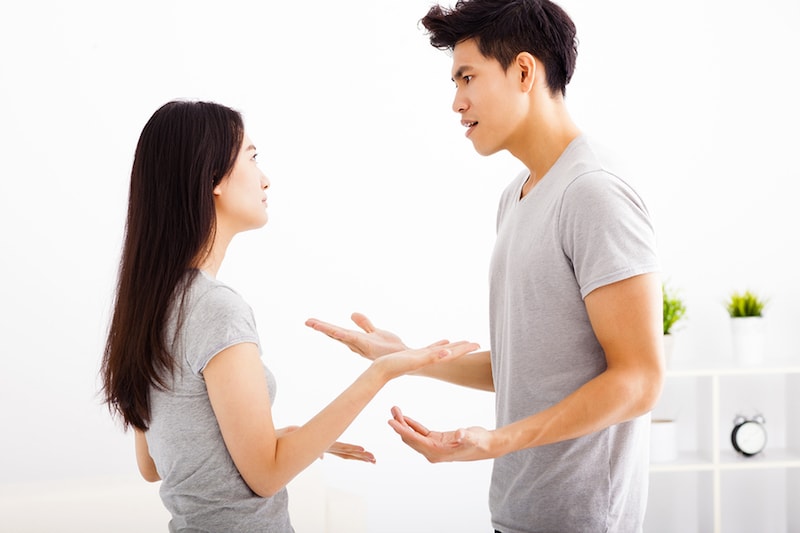 It may come as a surprise to know that a question frequently asked by wives is, “Is my husband gay?” Researchers have found that Google search queries show this to be one of the most common questions women ask about their men.

So, why in the world would married women be asking if their husbands are gay?

We’ve all heard of men ‘coming out of the closet’ at some point in adulthood to reveal their hidden sexual orientation. But how many men are there really who are pretending to be heterosexual, or living a double life, and married to a woman?

Unfortunately, that number really is unknown, although some are happy to offer speculations. The answer - no matter what it may be - doesn’t change the fact that there are still many women asking the question “Is my husband gay?”

Truthfully, there are probably more women asking that than there are husbands who truly are gay.

Which begs the question – Why?

What would make a women suspect her husband of being gay when he’s not?

Why Do Wives Ask Is My Husband Gay?

Why are wives asking if their husbands are gay?

The answer is simple. They're looking for something that explains why their husbands behave the way they do.

Being gay is one explanation that might make sense for certain behaviors they don't understand. Not sure what I mean?

Here's an example from a wife in that situation that might offer some clarity:

My husband and I have been married for 5 years, we have 2 kids together. He has a very hard time showing me any kind of affection and doesn’t’ believe in romance. If I tell him I want romance, he tells me I married the wrong guy. When we first started dating, he couldn’t keep his hands off of me. Once we were married, I basically had to make appointments to have sex. I know exactly when our two children were conceived because I had to. If I tell him I want sex, he makes excuses or gets drunk and passes out. The only time we have sex, and I mean the only times is when I initiate it. I have come a long way in doing so, but I feel that he doesn’t try at all. I am 31 and he is 37. When we are around people, he will talk sexually and act as if I don’t “give it” to him, but it’s not the case. He is all talk. One time, I was naked in a hot tub and he was watching TV. Didn’t even notice what I was doing until I said something and once I did, he said, sorry the race is on. Is my husband gay? He says he loves me and doesn’t know how to show me. I give him examples, when he does something I like or that is sweet, I will tell him that is what I mean. I praise him for it. I let him go out with his friends, I leave little love notes for him places, I try talking with him, I try threatening him, I have tried to take up golf (which I hate) just so I can spend some time with him. Nothing is working. I am on the verge of leaving. But I don’t know if I am overreacting or what. I feel I deserve the attention and affection I want and need. I get hit on all the time, I recently have been contacted by an ex of mine and he tells me everything I want to hear. I find myself looking for someone else to give me what my husband won’t. And I mean, won’t. I have written letters, cried, talked to him, spelled it out for him, bought sexy lingerie, I hug him, kiss him, basically throw myself at him. Still nothing, treats me as a friend. We plan sex nights (our kids are 1 and 3), if I want it I have to plan it, he either falls asleep or makes excuses. What do I do?" -Juliette

Juliette's husband sounds like a typical guy in the beginning, right?

He’s not that into romance and wasn't able to keep his hands off her when they were dating describes a lot of men. But now that he doesn't want sex anymore, no matter what she does, she's really confused.

Asking, “Is my husband gay?” sounds like a reasonable question when your husband loses interest in sex. Being gay would not only explain it, but it would also mean that his disinterest in sex isn’t about you.

If, however, your husband has lost sexual interest in you it can feel very personal and be very, very hurtful.

If the answer to any of those questions is, “yes,” then it can lead you to wonder if you’ve done something wrong.

If, however, your husband is gay, well, there’s nothing you could have done to cause that, right?

So, often women will ask this question when there are changes in sexual behavior or desires that they can’t explain. For example:

Why Do Husband's Act Like They Could Be Gay?

Having counseled many men in these situations I can tell you that there are a lot of other possible reasons for his behavior changes.

Here are just a few possible explanations for why your husband appears to be gay:

Another reason he might be behaving in way that makes you wonder if he’s gay is described in the question below.

I am a Christian, and have been married 7 years. Over the past 5 years, I have found proof that my husband viewed naked gay photos online. He told me that he's not attracted to men. Rather, he is jealous of their perfect bodies, and feels insecure about his overweight body. Other kids made fun of him for being overweight as a teen. I am highly suspicious and skeptical of his answer. Do you think his answer is even remotely feasible or is my husband gay?" -Juanita

What To Do If You Suspect Your Husband's Gay

Your husband is most likely not gay. Although there may be exceptions, statistically it’s a very small percentage of husbands that turn out to be closeted gay men.

Dealing with the real reason for his behavior will prove this true.

Take Rob for example, a man I have worked with in my counseling practice. Rob's wife has repeatedly accused him of being gay because he won't have sex with her. But by learning what’s really causing him to distance himself from her has allowed us to take a different approach to that problem. This has given them an avenue for things to change.

Rob and his wife found this out when she was willing to stop nagging and “peppering me with questions.” They found they were able to communicate for the first time in their marriage in a new and more effective way. He says he felt heard for the first time and as a result felt closer to her. The sex she desired then naturally followed.

If you're wondering, “Is my husband gay?” please understand that asking a heterosexual man if he is gay can be very threatening to his masculinity.

One of Rob's biggest struggles was getting past being offended that his wife would even think this about him. There are much better ways to approach anyone with a concern than with an accusation.

Focus on the problem - for Rob's wife it was no sex - and ask in different, non-accusatory, and nonjudgmental ways why it's occurring. If you can't make any progress then seek out the help of a professional counselor like Rob did.

Most wives who are asking themselves, “Is my husband gay?” have nothing to fear. As Rob's wife found out, by taking a different approach and digging deeper, most often a different explanation is revealed.