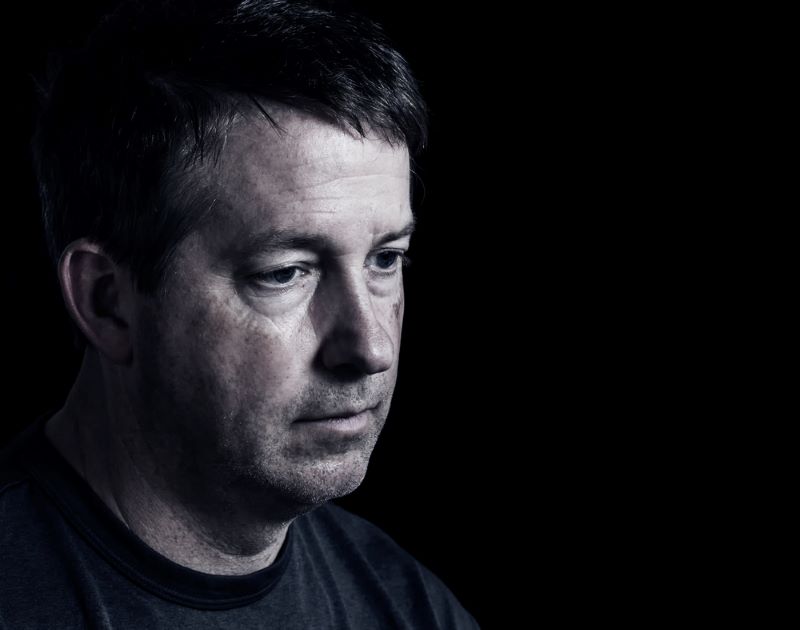 There’s no question that most men struggle with feelings. Whether it’s –

And this lack of feelings is a challenge for nearly all of their female partners.

While it’s common for men to struggle with feelings, it’s also true that some husbands are truly emotionally unavailable.

Why is this a big deal?

Because feelings are one of the building blocks for intimacy (and I don’t just mean sexual). Without knowing their husband’s feelings wives will struggle to feel connected to them.

And when they don’t feel connected that usually means –

But there’s a difference between being a ‘typical guy’ who just isn’t that emotionally aware and a husband who’s emotionally unavailable.

Ron is a pretty typical guy. He works hard at his sales job. Likes to do trail runs and get together occasionally with his buddies. He’s pretty involved with the care of his 4-year-old son, even though his wife, Kari, is a stay-at-home mom and does most of the daily childcare.

How else is Ron pretty typical? He’s reserved, shows little to no emotion, in fact, his facial expression rarely changes.

Kari would describe him as “emotionless,” “stone faced,” and “without any feelings for me.”

Ron has emotions. I know because I’ve seen them. In our counseling sessions when Kari hasn’t been present, he’s pounded his fist on the sofa in frustration about their conflicts and cried when discussing possibly divorcing and not seeing his son every day as a result.

Is Ron an emotionally unavailable husband? Sort of. He sure is to Kari.

Even I describe Casey as “emotionless” and “stone faced.” It’s like pulling teeth for me to get even a general description of he feels, or for any emotion to be visible on his face or in his body language. His wife says she never knows what he’s feeling.

So, what’s the difference between Ron and Casey?

Like most guys, if you ask Ron or Casey how they feel they cannot tell you. However, Ron will say, “I don’t know,” while Casey will say "I don’t understand what you’re asking me.”

Another difference is that Ron’s behavior shows emotion once in a while, while Casey’s behavior does not.

Both are typical guys as far as emotions go. Their lack of emotional awareness combined with introvert personalities make them appear emotionally unavailable.

Ron’s behavior, however, is more a result of his unhealthy marriage to Kari. He’s withdrawn and guarded partially due to wanting to avoid conflict with her. Emotionally detached would actually better describe him.

Casey on the other hand is really more of a truly emotionally unavailable man.

Here’s a husband who actually admits he’s not available emotionally to his wife:

I am continuously been disillusioned by my marriage to someone I think I actually didn't want in the first place. She got pregnant to me during an affair because she wanted it badly to pin me down, eventually we settled down as husband and wife. To be frank, she is an extremely stubborn person that does exactly opposite of what I approve of, and whole lot of other things that is happening. As it is now, I am totally disconnected from her emotionally, spiritually, physically and otherwise. It makes me feel that marriage is a miserable thing, and she wouldn't want to see me leave her yet is making the union hellish for me. I don't know what to do, at this time I feel strongly about divorce as I consider my little kids (A girl and boy). I am confused as much as the union is so miserable to me.” -Phil

What Ron and Phil show is that not only can men be emotionally unavailable going into a relationship, but this can also increase as a response to being in a marriage that has problems.

Are All Husbands Emotionally Unavailable?

No, certainly not. Most extroverted men (unlike Ron and Casey) are going to express a variety of emotions. Now whether they’re able and willing to recognize and talk about them with their spouse is another matter.

The majority of men are lacking in what’s called emotional intelligence. This is the ability to be aware of one’s emotions, understand and manage them, and handle them in an effective and healthy way within relationships.

I would say, no (and I’d include old me in that list).

I’ve found in my counseling with men that most aren’t aware of how they feel unless it’s an extreme emotion with an outwardly visible identifier. Such as –

Any emotion in between the extremes most men are unaware of in the moment, and even the extreme one’s such as above often require a conscious prompting (someone asking) in addition to an outward sign (circumstances) for awareness to occur.

The biggest one for most men is the first one, self-awareness, without that one the rest aren’t possible.

Thank you for this website and the great article. Me and my husband just separated again and I thought it was going to work this time but he couldn't understand that he wasn't connected to himself and I felt so alone and also that him looking at woman was a problem. I stayed so long because actually I was used to that kind of emotionally unavailable relationship. All that to say, when we separated I discovered your website and it helped me understanding I wasn't crazy because I was so confused and lost and guilty. He didn't want to go see a therapist when I asked him. I could cry in front of him saying I was feeling alone in the marriage and that I couldn't feel him and he didn't do anything about it. He would just say ‘I don’t know...’ ‘I don't feel my heart like you...’ or ‘I don't know my values and stuff.’ I was so angry... it's been so hard. I’d like to learn what I can do to make sure I stop my circle of unavailable partners.” -Lena

It's good that Lena recognizes there’s something about her that makes her attracted to men who aren’t emotionally available. Now she needs to figure out why and how to change it.

Yes, absolutely emotionally distant husbands can change. None of us are born with emotional intelligence, it’s a learned set of skills.

I’ve had to learn these skills myself too. And I still have to work at them every day.

In fact, one of the biggest things the men who I counsel leave with is improved emotional awareness and management skills. Regardless of what problem brought them to Guy Stuff for help, better emotional intelligence is a part of the solution.

If the guys I’ve already talked about (Ron, Casey, Phil, and Lena’s husband) want to have happier relationships then they each need to learn how to become more emotionally available.

The most important question isn’t can men change emotionally – it’s will they change?

Do they have the motivation to change something they’re likely not comfortable with (feelings) and may not see as a problem?

My husband and I have been married for 2 years now. Initially few months were bliss. He was very romantic, loving and physically quite attracted to me. Last one year that physical intimacy is gone. We hardly had sex for 5 to 6 times in this 2 years. There is hardly any intimacy and neither any cravings from his side. I have talked about it, discussed our physical incompatibility a few times but it always has resulted in fights and arguments. He claims he is too busy with life, his goals and work and have no time for those emotions for now. I know he loves me and there is no other women but I can't make him understand my frustration. He behaves like I am his friend or brother and that is all well but there is no romantic side in the marriage. If I say that I am unhappy he says go find someone who might satisfy me and that's it. He is happy just being in a friendly relationship with me.” -Uma

Uma’s husband doesn’t sound interested in dealing with emotions right now – hers or his The challenge is how to motivate him to do so (and there are ways).

Even though sex gives us positive feelings, those feelings aren’t the same as the ones that create emotional intimacy.

It’s like a favorite food – we don’t know how much we’ll love it before we’ve ever had it.

What It All Means

Nearly all men are like Uma’s husband and don’t understand or value the importance of emotions. They’re not emotionally unavailable, they’re just lacking emotional intelligence and experience of the benefits that comes along with it.

There are other husbands who truly are emotionally unavailable. While helping these men can be more challenging, they too can change.

Emotionally unavailable husbands don’t lack feelings, they just lack access to them. Once you show them how and why to unlock the vault, almost all of them do it. And then they realize what they’ve been missing – just like, “I didn’t know I’d like avocados so much.”

Do you know a husband who’s emotionally unavailable? Please share with other readers what his behavior looks like and how it impacts you.