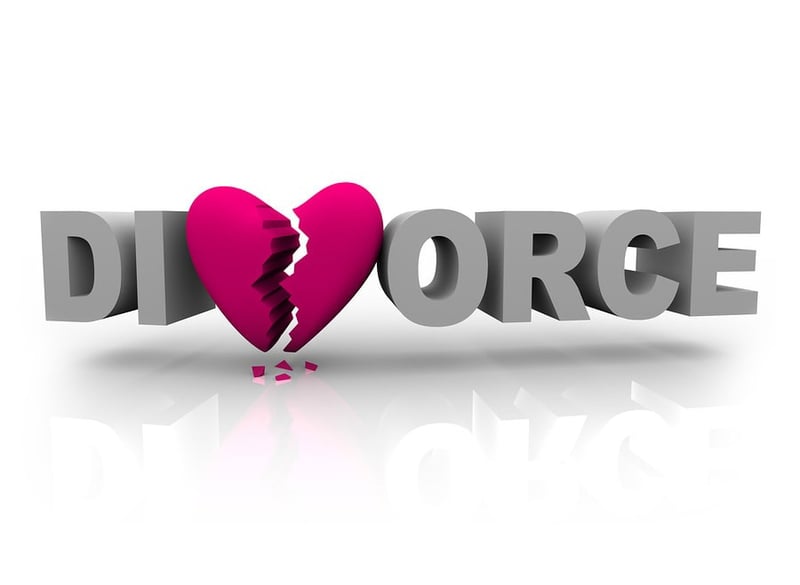 No matter what the circumstances are presently in your relationship, it’s unlikely that when you got married you were anticipating getting divorced. Yet, for many couples, the possibility of a divorce becomes a factor at some point. And, as a wife, if your husband says he wants a divorce it’s very painful, difficult, and confusing.

At Guy Stuff we work daily with couples facing divorce. Some spouses say they feel completely blindsided by their circumstances, but most often when you look closely there were signs the relationship was in trouble. Below you'll see a question from Lindsay about what to do now that her husband wants a divorce. My advice to her follows.

How To Respond When Your Husband Wants A Divorce

My husband wants a divorce. We have been married for 2 years now...we got married in a hurry b/c we got pregnant but I admit we hardly knew each other. Our relationship was great, we fit so well together…until our child was born. My hormones and mental state went haywire and he somewhat abandoned me as far as helping with the responsibilities of a baby. In fact he slept most of the day and was out of the house the rest. I completely lost 100% of my sex drive entirely after the baby and he's never stopped resenting me and rubbing it in my face. Now he says the physical aspect of our marriage is over. He's tired of being rejected and no longer desires me…oh and everything is my fault. Now my husband wants a divorce. What do I do? Is my marriage essentially over?" -Lindsay H.

The reasons one spouse may want to leave the marriage can vary, but seeking marriage counseling before taking that final step is crucial regardless of the final outcome. Lindsay’s decision to ask for divorce advice before just accepting that things are over is a smart one.

I hear “My husband wants divorce” from women every week. Divorce is typically threatened many times before actually acted on. So, keep in mind that your husband may be using the threat of divorce more for the effect it has on you than because he’s actually planning to do it.

Obviously, there are problems in your marriage that need to change for both of you to be happy. But problems do not have to mean the marriage is over. Problems are fixable.

One fixable problem is your sex life. Even though there were some legitimate reasons for your sex life dying, the pain and hurt is still there and needs to be healed. It sounds like your husband wants divorce because he doesn't know how to do this.

Having kids is a life change that puts a lot of stress on marriages. If you each will learn how to better communicate your feelings and needs to the other, and how to work together as a team, then having kids will be a whole lot easier.

Sadly, a lot of men falsely believe that divorce will excuse them from their parenting responsibilities and being a good dad - when it does not. I wonder if your husband also wants to divorce because he believes this too.

Your husband asking for a divorce doesn't have to mean your marriage is over. Try suggesting to your husband that you go to divorce counseling together to learn how to end the marriage and co-parent afterwards. Then while you're there you can learn how it is possible to fix the marriage too.

Other Possible Reasons Your Husband Wants To Divorce

Generally, the reasons a husband will give for wanting a divorce don’t represent the full story. Most often there are much deeper reasons and hurt that go along with the desire to divorce.

The most common is feeling that the love is gone from the relationship. Feeling unloved and rejected is a very difficult feeling for anyone, but for men it can be even harder to articulate.

In Lindsay’s case it’s very likely this is part of the problem. How do I know this? Because for men sexual rejection from their partner is often interpreted as, “I don’t love you anymore.”

Men are notorious for their struggles when it comes to talking about feelings. And when they feel displaced or rejected - both of which can happen when children enter the relationship - a common reaction is to leave rather than discuss things.

For women it can seem unfair to have the majority of the responsibility of caring for a child as well as have to put in extra work to make their husbands feel loved. But remember ladies, this can cut both ways. You will also be in need of reassurance and extra attention at different points in your relationship and prone to feeling unloved also if your husband doesn’t recognize this.

One of the best things you can do for your relationship is to discuss the possibility of these scenarios ahead of time. If not beforehand, then as they are occurring. Either spouse letting the other know that despite the circumstances that are pulling your focus in other directions your love for them remains strong can go a long way.

Of course, this isn’t usually easy to do. Sometimes in a relationship we lose our ability to communicate with one another and need help to reset. Lack of effective communication can lead to a cascade of problems and eventually divorce if not corrected.

So, before you assume your husband’s desire for a divorce is written in stone, take the time to get help communicating and to the bottom of the problems that led you to this point.

Editor's Note: This post was originally published Sept 29, 2012 and has been updated with new information for accuracy and comprehensiveness.