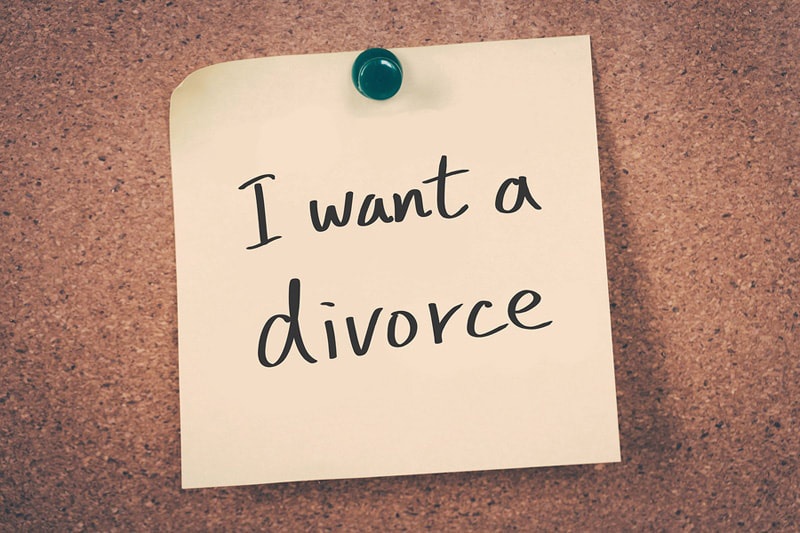 Making the decision to get a divorce is very difficult (or at least it should be). Divorce comes with a lot of pain, disruption, and complications. No matter how dysfunctional or unhealthy your marriage may be, it can be really hard to know when to say, ‘I want a divorce,’ and when there’s still hope for your marriage.

Sadly, may couples are too quick to bring up divorce when things get tough. Too often in the middle of arguments or really ugly fights one partner will blurt out in a fit of anger and frustration, “I want a divorce.” What they usually don’t realize is the damage this kind of proclamation causes. So, how do you know when it’s really time to tell your spouse that you want a divorce?

"I really think we should be separated."

"Are you going to call a divorce attorney or am I?"

I heard every one of these statements from patients in marriage counseling last week. Tough week, huh? Not just for me, but it’s especially difficult for the marriages and families where these words are being spoken.

Jenny told Sean to call a divorce lawyer on Monday night, but by Tuesday morning she had decided things weren't that bad. Rob told Nancy that he wanted a divorce, and then later on said he was "bluffing."

The word divorce (or whatever substitute word you want to use) and the threat that accompanies it, is usually used when emotions are high and is often intended to be a kick in the groin to the other partner However, the threat of marriage separation and divorce is like acid. It burns and destroys, eating away at the foundation of a relationship.

The couples above will never get the stability, trust, and love they want from their partner if the threat of the marriage ending is always hanging over them. Yet husbands and wives throw the threat of divorce around so casually and frequently you'd think they're talking about the weather and not their future lives and the lives of their kids.

Why People Say They Want A Divorce So Often

Thankfully, more often than not, the proclamation of, “I want a divorce” is a tactic to get a partner’s attention, just like I’ve illustrated above. But what makes it such and easy go-to for so many partners? Well, there a couple of things.

Getting married is a big decision. People typically put a lot of time and thought into a marriage and starting a life together. Getting divorced shouldn’t be any different. In fact, if anything, the decision to divorce should be taken even more seriously. The effects of ending a marriage go far beyond the two spouses involved. Children, families, friends, even jobs and financial security are all casualties of divorce. Why would you ever want to threaten something so serious and devastating if you haven’t thought it through and considered all of the ways to avoid it?

So, when should you say "I Want a Divorce"? Not until you're truly ready to get one. Which means not until you're actually filing the papers in court. Until then, give your marriage every chance to change.

Do you know any couples who threaten divorce? Please share what you've heard them say below.

Editor’s note: This post was originally published November 4, 2009 and has been updated with new information for accuracy and comprehensiveness.