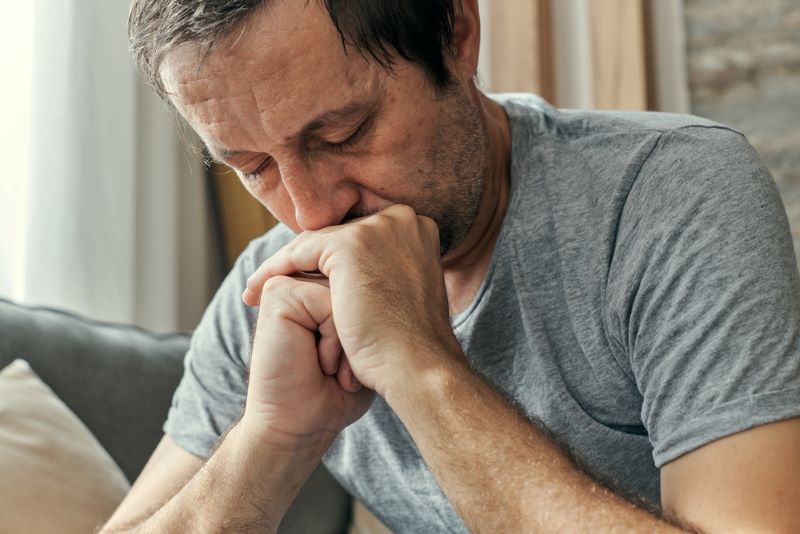 For some, going through a midlife crisis can be like experiencing a magnitude 10 earthquake, shaking up and redefining the landscape of their lives. There shouldn’t be any surprise that many who go through it have serious regrets after a midlife crisis.

A midlife crisis can be traumatic for not only the person experiencing it, but also those who love them. Often those people end up collateral damage as the midlife crisis sufferer selfishly (and probably uncharacteristically) makes sweeping changes to their lives.

So, do people have regrets after a midlife crisis?

Behaviors That Lead To Regrets After Midlife Crisis

A midlife crisis can affect people differently. There are particularly noticeable differences between the way men and women experience it and the results on the other side.

Regardless of those differences, there are certain behaviors that are characteristic of a midlife crisis that are common to men and to women as well, and these behaviors are typically what contribute to regrets after midlife crisis.

Among those behaviors are:

For many this means a flurry of poorly thought-out changes.

This tunnel vision means the midlife crisis sufferer sees nothing but their own end goal and thinks of no one’s feelings but their own. They look for ways to satisfy only their own needs and no one and nothing else matters.

This is part of what makes a midlife crisis disorganized and confusing and causes the behavior of the sufferer to become frenzied. They feel an urgent need to make changes now – not later in a planned and thoughtful manner, but now. Consequentially, they try to change everything at once.

These might be financial, related to marriage and family, career, or even living situation. Whatever area they affect, they’re often a source of regrets once the midlife crisis has run its course.

The motivation for these behaviors can vary a bit, but they’re generally driven by,

So, just what sort of actions come to be regretted after a midlife crisis?

There can be a wide variety of answers to that question. There are, however, some very common actions that are regretted when they’re taken during a midlife crisis.

In these cases, the sufferer may have decided that in order to achieve their dreams they need to shed their old life and relationships. Or they may think they need to find someone new, probably younger, and have a do-over.

No matter how they describe their motivation, they’re typically acting impulsively and without regard to the trauma their actions are causing to people they’re supposed to love.

Either way, their thoughts are strictly about their own personal gratification.

Some people going through a midlife crisis who leave their jobs do so because they begin to acutely feel the passage of time and think the window is closing on being able to try new things.

That dream of teaching yoga on a beach in the Maldives is becoming less and less a possibility, so the drive to make an immediate and dramatic change to chase the dream kicks into high gear.

Financial irresponsibility can occur for a couple of reasons. Some want to create an appearance of wealth. Others have an “I deserve this” attitude. Both come along with a “you can’t take it with you” mentality.

The most obvious problem in this situation is that overspending can hurt dependent family members. Suddenly dad’s new car or mom’s new chin means that Caleb and Madison can’t afford college.

If these or any other midlife crisis behaviors are occurring, the person doing them will be certain they’re justified in that moment.

In fact, they’ll probably feel a great deal of conviction about the necessity of their actions in order for them to live a full and happy life. Some even blame their partners for their unhappiness and the need to make drastic changes.

They may also act as though they pity the people around them who, although being hurt, don’t understand the importance and logic behind what they’re doing.

Their myopic, self-centered behavior generally reaches a peak (at some point) and then begins a downward spiral into the reality and realization of the consequences of their behavior.

This is when regrets start to show up.

How To Handle Midlife Crisis Regrets

The realization that you’ve blown up your life, badly hurt those you love, and destroyed much of what you spent years working toward can be devastating.

Regrets after midlife crisis can create an additional layer of unhealthy stress.

Dr. Kurt often helps people navigate this stress as they try to repair the damage they’ve done. Here's what he had to say,

I often tell people that much of my job in counseling is helping people clean up the messes they've made. Too often it's after the fact that I get asked, 'How do I fix this?' Rather than beforehand, 'I think I'm going to do something stupid. How do I stop myself?' Everyone has regrets after a midlife crisis - the person who went through it does for sure (even if they'll never admit it out loud), but almost always their partner does too as they look back and see how they could have responded differently and better. Having regrets isn't the worst thing. Not working through the emotional baggage and learning from regrets is the biggest mistake of all. Regrets don't go away - you either learn how to put them in their place or allow them to be a heavy burden you carry with you forever."

Coming to terms with these midlife crisis regrets can be difficult and, depending upon the level of damage, may require the assistance of an experienced counselor.

One possible avenue for coping on your own, however, is to look at this as an opportunity for a fresh start.

Of course, repairing broken relationships can take time and will take work, so be realistic about what needs to be done to move forward with people you’ve hurt.

A friend of mine experienced a midlife crisis. She,

She’s now working hard to fix what she broke and has a long road ahead.

A midlife crisis can be tumultuous for the person experiencing it and everyone around them.

If you recognize that you may be headed toward a midlife crisis (or are already in one) – a recognition that’s rare but can happen – the best way to avoid regrets is to get help.

If you find yourself in the more likely state of having experienced a midlife crisis and now regretting your actions, things aren’t hopeless. Just like the friend I mentioned, you’ll need to work hard to fix the various regrets you have after midlife crisis. And getting help so you don’t make things worse is always wise.