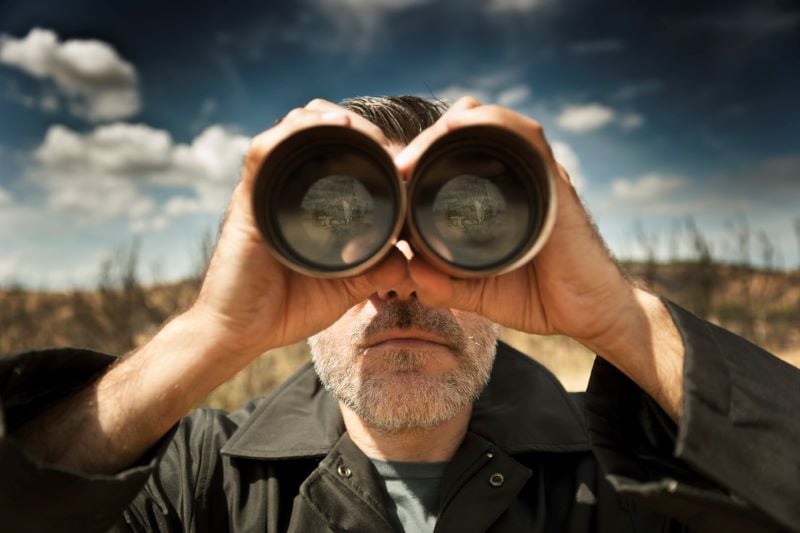 You want some hope that your waiting will pay off. That he’ll come to his senses and you’ll get the man you used to know back. So, you want to know what the signs are that a midlife crisis is coming to an end.

Unfortunately, each midlife crisis looks different. Not every guy (or woman) having a midlife crisis buys a red Corvette, dresses like they’re 20, and finds a new love interest.

To begin, let’s start by making sure we’re on the same page regarding what a midlife crisis looks like.

Characteristics Of A Midlife Crisis

In order to accurately recognize the signs of midlife crisis ending we need to first be sure of the signs of it happening. As I review these please identify the ones that fit for you.

Below are some brief excerpts from other articles I’ve written about midlife crisis. I encourage you to click the links at the beginning of each section and read the full article when you’re done with this one.

Here are some midlife crisis signs from Lauren’s husband, Derek, from our article, Midlife Crisis – Is My Husband Having One?

Here are some common characteristics for men in midlife crisis from Part 2 of the article discussing Derek – Midlife Crisis Men Characteristics.

These following signs are from an extensive article I’ve written about all of the aspects of a midlife crisis in both men and women.

These are common characteristics in men:


Women can show the same signs as men, but also some that are unique to them. Such as:

If we had to summarize all of these I would use words like – out of character, chaotic, reckless, impulsive, ever changing. Here’s another real-life example:

I have been married to my husband for 23 years. He is 43 and I am 44. He had an affair with a woman who is 13 years younger than he and the woman had a child who is now 4 years old. He left me to be with her during her pregnancy but returned to me after the baby was born. I was able to forgive and move on. However, I recently found out several months ago that he got the same woman pregnant again -- in which that baby is a year old now. He decided that he needed to leave me and go take care of his "babies" and has been gone for about a month. We have children of our own who are 22, 19 and 14. He told me before he left that he still loves me and that he's not leaving me because of that young woman. I'm so hurt right now...I don't know how to handle this situation. I still love him and he has made some effort to contact our kids. I don't know if I should move on, accept that this is a midlife crisis that he is going through, or if he left because he felt he had a sense of responsibility to those babies. Is there any light at the end of the tunnel?” -Becca

What characteristics do you see in Becca’s husband? See any signs her husband’s midlife crisis is ending?

Signs A Midlife Crisis Could Be Ending

There are two main areas to be looking at for signs a midlife crisis is coming to an end.

First, the symptoms of his midlife crisis start to change. Sometimes this means they reverse, and other times it just means there’s some movement. For instance, if he moved out, he not wants to move back (reversal). Now this change isn’t always due to the midlife crisis ending. It can be caused other influences, such as running out of money or the relationship ends with the other woman.

Other examples of symptoms changing could be:

Second, the underlying causes, primarily unhappiness, starts to either resolve (not typical without help) or lessen. There are degrees of intensity of a midlife crisis and this can influence behavior significantly. For example, in the beginning the discomfort can be so severe that impulsive decisions are made, such as moving out, having a one-night stand or quitting a job. The intensity can lessen as months go by, but easily flare-up again as well.

Examples of the underlying causes lessening can be:

As I’ve said, every midlife crisis is different. I’m working with a woman right now whose husband has admitted he’s in the middle of one and he has neither moved out nor had an affair (as far as she knows anyway). So, despite those two elements being very common signs and responses to a midlife crisis, they don’t always occur.

I am really confused about this whole midlife crisis with my husband: I don't know where he is at in the stages of his midlife crisis. One day I was sitting at work and decided to text him and I said "hello, how's your day? I have noticed you are not you is there something wrong? and to my surprise he texted me back "I don't want to be married anymore, I don't want to answer to anyone. I love you and the kids, I am lost, confused, angry and I try and control it, it's me, not you....” And WOW! I started crying at my desk and thought "Oh my god this cannot be happening." He started letting his hair grow and everyone has told him but me it looks like crap... :), I noticed he has been visiting the restroom a lot and working longer hours. He would not open up to me as I begged him to "What is wrong" What did I do". Then something clicked and I thought ‘Midlife Crisis’ and being addicted to pain pills. He is living at his mom's and I have asked him to come home several times so that we could work on this and even asked if he would seek marriage counselling and he said what good is that going to do. He will not even look me in the eyes when he talks to me, he will not communicate with me unless it has to do with him and him only. I will text him and say hello how are you... Days he will not text me back, I have asked if there is someone else... He says No or Nope. He is so secretive about what he does and how he does it. My husband acts as if he is a kid in a grown mans body. I am not chasing him. My sons and him had a hunt this weekend and he came to the house and got all the stuff ready. And just as they were leaving he would not look at me when he said it but he said " YOU LOOK NICE" I have not heard those words in years...Please if you can shed some light... Is there hope in my life? I will wait out the storm. Does he come to his senses? Wow!! By the way he has not given me back the key to the house, nor has he taking all his stuff. Where am I at in this midlife crisis of his?” -Kate

Kate’s asking a very common question (and a really tough one too) – when will his midlife crisis come to an end?

It’s hard to tell just yet. He could be turning a corner, but maybe not. She needs to be careful not to read anything into his compliment until he shows more consistent changes in behavior.

How To Respond When A Midlife Crisis Is Ending

We need to use “ending” loosely. Because a midlife crisis doesn’t truly end without some internal, and often external, changes. Just because the outward signs are gone doesn’t mean the internal causes have been resolved.

We are married for 13 years and for the last 5 years or more I find my husband aloof and I'm the last person on his mind. We had lots of fights and arguments. I have been confused and frustrated. He always said he loves and needs me, makes promises but forgets the next moment. Recently I found out about his fantasy with a younger girl whom he's trying to woo. When I confronted him he cried and accepted it. From then he's broken all ties with her but continues to be quiet and aloof from me. He's in his own world and I worry about him. Is it midlife crisis where he's only in his thoughts and imagination? How will this end and how can I help him? I'm very frustrated leading this loveless life. We don't have kids, he's the only one for me and I know he loves me but never shows it. He can sit with me for hours without even talking to me. What to do. Please help.” -Nisha

If you’re the partner of a person in midlife crisis you can have a big influence on them, so how you respond, especially if they’re ‘coming out of it’ to some extent is very important. Too often the desire to get back to ‘normal’ can get in the way of addressing the underlying original causes, which leaves them unresolved and likely to resurface again.

The best thing you can do is come back together slowly and insist that your partner get some professional counseling to help sort through and understand the midlife crisis. Counseling can be done either individually or as a couple. I often recommend and do both with patients.

The biggest mistake people make is to fall back into old routines and way of life and think that it’s a good thing. A midlife crisis is a huge life disruptor and should not be treated as something to just get past, but rather something that must be worked through.

When you see signs a midlife crisis is ending you should see it as the next stage, and not simply as relief that it’s over.

After experiencing the pain and torture of a midlife crisis you deserve to have confidence that all of the underlying causes have been identified and resolved, or are at least in the process of this occurring. It’s not uncommon for a midlife crisis to look over when it’s not, or for it to resurface again (See Becca’s story earlier for an example).

When you think you see signs a midlife crisis is coming to an end be careful. It’s easy for your hopefulness to cause you to see what might not be there yet. As well as to inhibit the crucial final stage from happening – recovery and resolution.

Are you waiting for a midlife crisis to end? Please share what that’s like with other readers and they’ll likely respond to you too.