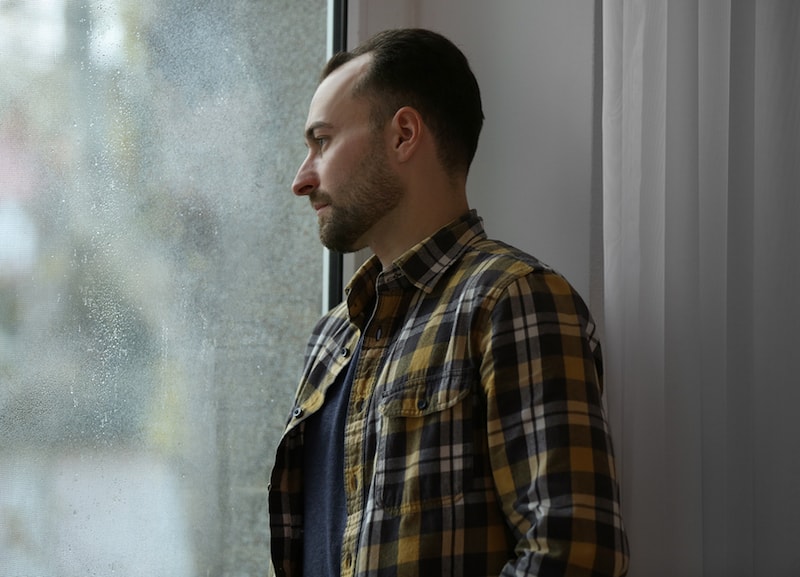 Menopause is so commonly associated with women that any suggestion that men can go through it as well must be a joke, right? Wrong. Male menopause symptoms are real.

Before we go any further, let’s be clear, for those who will challenge this - the term menopause when applied to men is actually a misnomer. Menopause refers to the cessation of menstruation in women. And since men don’t menstruate, they don’t experience actual menopause.

However, men do go through similar age-related changes around the same time women experience menopause. Hence the name and reference to menopause symptoms in men.

Most articles on symptoms of male menopause focus on the physiological signs, such as erectile dysfunction or insomnia. What are equally or often even more important are the psychological and behavioral signs. Most people don’t realize there is a problem until extreme behavior arises such as telling a partner, "I don't love you anymore," moving out, or filing for divorce.

Responses that often are labeled a male midlife crisis can be brought on by male menopause. Many male menopause symptoms are simply the signs of normal aging. While they can be challenging to accept, they don't have to be huge problems. What typically makes them become a big problem is how a man responds to these changes in his body.

Male menopause, which is clinically known as andropause, is the result of lower testosterone production that occurs in men typically between the ages of 40 and 55. This results in a life stage transition similar to menopause in women, and encompasses physical, psychological, social, and sexual changes.

I’ve heard the partners of men experiencing this hormone change say things like,

“He never wants to have sex anymore.”

“He’s just not himself.”

“He seems moody and disinterested in everything.”

One woman even said her husband seemed "downright bitchy.”

A critical symptom, as well as result of these changes, is a depression element in men that fuels the chaotic behavior that can accompany this life change.

Common symptoms of male menopause include:

I believe my husband of 25 years is going through a midlife crisis. He has filed for divorce. He came home one day and said he's not happy and hasn't been for several years. This was a shock to me, I thought everything was fine. He has been moved out for 4 months, he won't talk about our marriage or our past, he gets mad if I bring it up. I ask him how can you erase the 25 years we had, and he shuts me out. He said he needs to find happiness and peace within himself. He is 54 years old and I believe his childhood has a lot to do with this. How am I supposed to go on with life without the man I love so much? My heart is broken! Why does the wife, the one that has always been there to support, comfort and love him dearly get the blame for this? Please help me to understand!!" -Lily

Lily is right that it does sound like her husband is going through a midlife crisis. However, it's also very likely that male menopause was one of the triggers for it. While there are testosterone replacement treatments and antidepressants that could help, they usually do not fully address the psychological and behavioral responses to this aging process that are so destructive.

Remember, this is a normal course of aging, and women and other men get through it without such severe reactions.

The Crazy Symptoms Of Male Menopause

The hardest part of male menopause is the confusing, chaotic, and extreme symptoms. So much of the psychological and behavioral reactions to it, like anger, depression, and acting out, just further complicate and amplify the experience for everyone involved. It's not uncommon for there to be so many different symptoms that it's hard to know what the real problem is and what to address first.

I've read your blog on midlife transitions and crisis and believe this is what is occurring with my husband for the past 3+ years - we've experience much pain an affair with a coworker 13 years younger, the waffling back and forth to her and our marriage and family, the ILYBNILWY ["I love you but not IN love with you"], blaming the moving and returning, confusion, frustration, secretive, desire to be happy, and now depression with confusion and I'm not one to say our marriage life was perfect prior. We both had much maturing to do and I have done a lot of self reflecting of my own. I think I've done much wrong in my reactions and trying to get a better grasp of were to go from here..setting clear boundaries and detachment. He's in individual therapy and antidepressants but is frustrated and not sure if he likes his therapist and continues to say he just wants to be happy." -Vivian

Vivian's husband has a lot of classic male menopause symptoms: "affair... waffling back and forth... I love you but not IN love with you'... blaming... confusion... frustration... secretive... desire to be happy... depression... frustrated." Ironically, it's not just the man who feels this way as his partner can feel similarly as they go through it with him.

I am pretty sure my husband is going through midlife crisis cause he is either always saying he hates his job and accused me of cheating, he gets angry a lot, freaks out a lot, makes me cry at times, but I don't know how else to help him. I give him space by me going out to bingo two sometime 3 times a week and when I do go he gets pissed off that I am not at home with him. Its like he wants his space but wants me there at same time." -Luna

Most men have become accustomed to wading through a woman’s hormonal waves and the changing behavior that can result. From PMS to pregnancy to menopause, men are aware that a woman’s mood and behavior can be affected by her biology at different times.

Women, on the other hand, haven’t really been taught to recognize the equivalent in men. So, when a man goes through changes that are the result of fluctuating hormones and aging, many women don’t have any idea how to handle it.

What does that mean? What it can mean is big problems in a relationship.

When behavior is unexpected, unwanted, and unexplained, alarm bells go off. That can be a good thing if it means help is sought and attained. Unfortunately, the more typical reaction is for women to assume they are somehow at fault, as the women above have, or that their man is going through a midlife crisis. And in extreme cases it may even mean that a couple separates or divorces.

Understanding the changes a man can experience during male menopause can help both a man and his partner handle things more effectively. Ladies, as much as you want and expect your man to understand you, he really wants (and needs) the same from you.

Hopefully you can now see that male menopause symptoms are real, varied, and really hard to deal with - it's certainly no joke. This normal life stage can trigger a search for happiness, peace, and significance in men that often has been repressed for a long time. The good news is that it's fixable. Although it usually requires professional help from someone who's been down this road before.

Editor's Note: This post was originally published March 11, 2017 and has been updated with new information for accuracy and comprehensiveness.