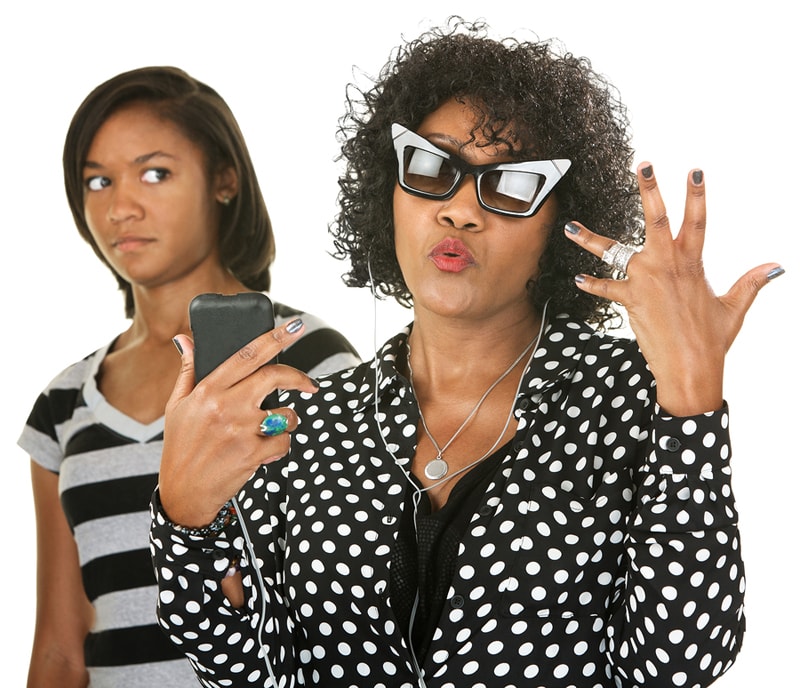 Although entering mid-life is something we all eventually do, experiencing a midlife crisis isn’t always a given. Many manage to get through the mid years without much difficulty. For those that experience a midlife crisis, however, you are not the only ones who suffer. The entire family will be affected when one person is dealing with this, but the consequences of a parent’s midlife crisis on the kids can be especially troubling.

The trend over the last many years has been for couples to wait longer before starting a family. Many couples are well into their 30s before having their first child. This means that if a midlife crisis is to occur it is likely to happen while the kids are still on the younger side, or at least still living at home and with a midlife crisis there is no telling how long it may last. As a result the behavior of a parent dealing with a midlife crisis can have more dramatic consequences on the children than ever before.

What Is A Midlife Crisis For A Parent Of Young Kids?

Raising children is stressful. Oh sure, it is joyful too, and rewarding, and all the other positive adjectives normally applied, but it is also stressful. Parents, especially moms, often deal with feeling a loss, or at least change, of identity over the course of time. Then there are all the many responsibilities that come along with being in charge of other humans. When these changes and stressors are occurring during the midlife years they can exacerbate the symptoms of a midlife crisis in a woman or man.

With NO children involved behavior during a midlife crisis can be complicated and destructive. The presence of children compounds things. Being a parent requires selflessness and a midlife crisis includes a very selfish collection of symptoms. Behaviors during a midlife crisis like the sudden desire for a divorce, taking on new, time intensive hobbies, traveling on a whim, affairs, or irresponsible spending all have a much larger impact when children are involved.

Dr. Kurt has worked with a lot of parents dealing with a midlife crisis. According to him,

Sadly, rarely in my counseling of people dealing with a midlife crisis are the consequences on the kids considered. The one in crisis is overwhelmed with their confusion and behavior, and their partner is hurt, angry, and confused as well. The kids? Oh, yea, 'What about our kids?' We all can be selfish and this is one instance when that's an overriding factor. Kids with parents in the midst of a midlife crisis are impacted hugely in many direct and indirect ways. Above all, the affect on them should be a motivating factor for both parents to take addressing their problems very seriously."

The parent suffering through the midlife crisis may start rejecting the normal parental duties, becoming resentful of the time it takes away from their own personal interests. Everything from regular meals to school activities to general love and attention can be negatively affected. They may become so self-absorbed that they ignore their children completely.

When children witness this midlife crisis behavior they may begin to act out in an effort to regain the attention they have lost. Some parents may even cross the parent/child boundaries by discussing or justifying their behavior to their children. A woman I was once friends with actually told her daughter,

You don’t understand, mommy’s life is really boring so drinking and going out with my girlfriends is the only fun I get.”

What Are The Effects On Your Kids When You Are Going Through A Midlife Crisis?

Have you ever wondered what a midlife crisis looks like through a child’s eyes? The statements below will give you an idea:

Parents that are going through a midlife crisis while they have younger (under 18) kids often end up either competing with them for attention, or trying to act as their contemporary or best friend. Children naturally want their parent’s attention. They will do nearly anything (including behaving badly) in order to get it. A parent should recognize this and provide the right guidance and support to teach their children positive behaviors. But, the midlife crisis parent may not.

The midlife crisis parent is often consumed with the desire to be recognized as well. And much like the child can resort to negative and thoughtless behaviors to satisfy their own needs for validation. For instance, there is the mom who wants to dance with all the teenagers as she chaperones the school dance, or the dad who show’s off his sports car to impress his son’s friends. Affairs, gratuitous spending, a focus solely on self, and a self-promoting, look-at-me attitude are common. Remember, what a child sees growing up is what they consider normal, they don’t know any differently. Their behavior will most likely eventually mimic their parents.

These behaviors set up an unhealthy relationship between kids and parent(s) and deprive them of an appropriate role model. The consequences of these midlife crisis antics are that kids seeing selfish and irresponsible behavior as acceptable and an appropriate means to an end.

In the case of my friend who disclosed to her daughter that her life was too boring not to drink and party, what she effectively told her child was that being a parent and taking care of her family sucked (not an eloquent word, but definitely the message). As a result, her daughter when in her teens believed that the way to deal with boredom and problems was to drink them away. This is a high functioning, seemingly normal, middle-class family and, sadly, no one ever thought there might be issues.

As mentioned, parenting is stressful. And we all know that midlife can bring about complicated feelings. When these two life circumstances combine there can be many pitfalls. Too often people dealing with midlife crisis while parenting younger children don’t recognize the danger of their own behaviors until it is too late. The consequences of a midlife crisis on kids can be quite detrimental.

If you feel like you, or someone you know, is dealing with a midlife crisis seek the assistance of a qualified counselor. You owe it to yourself and, maybe more importantly, to your children.