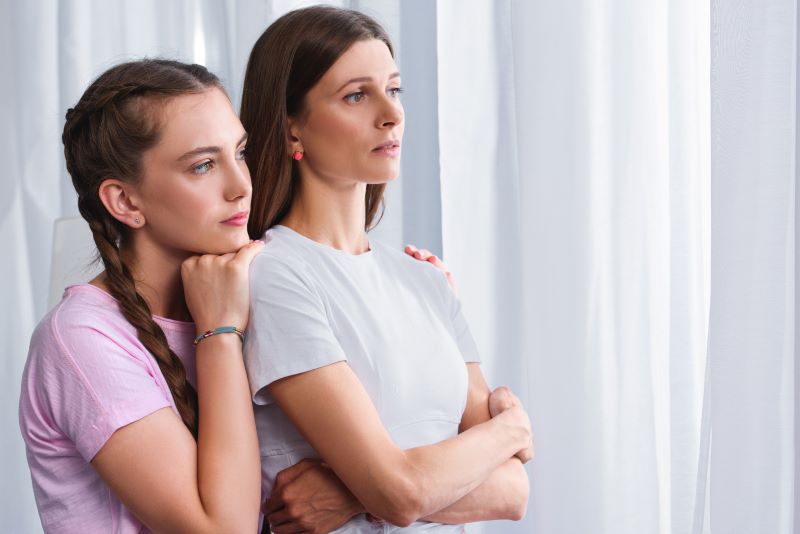 Things seemed fine, kind of boring and routine maybe, but fine overall. Then he started acting strange. New clothes, new, younger friends, working out a lot, and always irritable and aloof. One day, seemingly out of nowhere, he came home and said he was leaving. He needed more and different and this life is no longer for him.

It’s like he’s wearing a sandwich board proclaiming - live midlife crisis, watch it here! And suddenly you are alone and wondering if husbands ever really come back after a midlife crisis.

It’s a story told far too often. Men in midlife crisis suddenly feel the need to reinvent themselves and recapture their youth. There are many ways these situations can play out, but they almost all end with a wife left wondering if her husband will ever comeback after his midlife crisis ends.

It’s a fair question after all and one that deserves an answer. Unfortunately, it’s not a black and white situation so there’s no one word answer to be given. There are a few questions, however, whose answers can help you determine which way the scale is tipping.

What Caused Your Husband’s Midlife Crisis?

When asked this question the first answer that comes to mind for most women is, “I have no idea!” We often hear wives say that, “it came out of the blue,” or “everything was fine and then he changed overnight.”

That’s not really the case though, is it? Although a midlife crisis can catch a wife (or husband) off guard, there are almost always warning signs that it’s coming.

A midlife crisis occurs when a person can no longer find happiness in their current circumstances. It doesn’t mean it’s not there, they’re just unable to see it no matter how hard they try. There are certain things that send a person spiraling into this unhappiness.

One type of trigger for a midlife crisis in men are external, life changing events like the death of a friend or loved one, or illness in himself or someone of the same general age.

These events are jarring and force a man to look at his own life and mortality and whether he considers himself to have lived the life he had envisioned living when he was younger. Or face the fact that your life is finite. Knowing you haven't done all the things you once thought you would can push some people off the psychological deep end and be the start of a midlife crisis. In their minds the fact that certain dreams were never realized outweigh all the many other positive things in their lives and lead to feelings of unhappiness and failure.

In these cases, a man may focus on himself and finding ways to feel healthy, strong, and virile. He may distance himself from you, even find new hobbies and friends and become vain and self-absorbed.

But while he’s seeking the things he thinks will bring him happiness, he’s also running from himself, aging and his eventual death, not necessarily you. It can be more likely in these scenarios that a husband will come back to his wife after his midlife crisis has passed. In fact, he may need your support in order to get through it, although he’s not likely to admit it.

For some men it’s the physical changes, changes in appearance, and loss of strength that aging brings that can be the trigger.

In this case he may blame you for what he perceives as his downfall. It’s your fault he doesn’t eat right or take care of himself. You’re too complacent and not interested in trying new things. He may even blame you for your own natural changes and the fact that you don’t look 20 anymore either. In other words, you remind him that he’s aging.

Of course, these things aren’t wholly true and it’s unfair for a husband to assign blame to his wife for his midlife crisis. Unfortunately, however, in these situations men are more likely to engage in midlife crisis affairs or attempt to restart their lives in some way. While a husband coming out of a midlife crisis that has manifested in this manner and wanting to return to his wife is certainly possible, he will likely have changed and done a great deal of damage to people in his life along the way.

Why Did He Leave?

A husband who leaves to get space or take on new experiences is different than the husband who leaves to move in with his new girlfriend. In the first case he may actually find some personal growth and be able to self-reflect. In the other he’s trying to avoid and ignore the deeper issues that triggered his midlife crisis to begin with.

The midlife crisis husband who feels he needs to change, grow, and find new satisfaction in his life might make drastic career changes, take on new (possibly dangerous hobbies), or spend extravagantly. Leaving may mean a new apartment downtown, leaving for a new job in a different field, or going to a new town, state, or even country to reinvent himself. All this in the name of trying to find what’s “missing” in his life.

The husband who deals with his midlife crisis by having affairs is looking for people around him – namely women, often younger – to validate him and make him feel relevant and attractive. These midlife crisis relationships rarely last and can actually do more damage to the man’s mental state than help.

In either circumstance a husband may want to return after his midlife crisis, but the husband running from his problems is going to have more issues upon his return.

Do You Really Want Him Back When His Midlife Crisis Is Over?

A husband going through a midlife crisis often uses a bulldozer to fix an anthill as an approach to handling things. He becomes a self-centered, selfish person who is willing to upend an entire life and family for his own personal satisfaction. Hence the term “crisis” as most rational thinking people wouldn’t do this.

He can cause immeasurable damage to you and his family and that pain doesn’t go away quickly or easily. Especially if the midlife crisis has gone on for a long time.

So, the third question for consideration is, do you really want your husband to come back after his midlife crisis?

It may not seem like it when you feel helpless in the middle of his life crisis, but a wife who thinks she still wants her husband to come back after his midlife crisis ends will eventually have some influence on if and how that happens. Remember that you will always be a part of his life and likely represent the happiest years that he’s had – even if he’s blind to that for some amount of time. So, letting him know you are willing to consider having him back can be like a lighthouse in a storm.

But do you want to be that lighthouse? His rejection of your life together and desire for something different likely caused pain that you are still working through.

A midlife crisis changes a man and will have changed you too. In fact, he may very well have made you feel like you’re the cause of all his problems, leaving you feeling responsible, insecure, sad and lonely. Rest assured, you are not the cause of his midlife crisis, but your feelings about the fact that he’s made you feel this way should be sorted out before you decide if you want him to return.

Dr. Kurt has a lot of experience working with couples trying to reconcile when a husband decides to return after a midlife crisis. He has this advice to offer to wives trying to put things back together after their husband’s midlife crisis,

At the beginning of a midlife crisis most wives desperately want their husbands back. And as a result, they'll take them in whatever form they can get. Over time they usually become a little more selective. However, just because your husband wants to come back doesn't mean he should - at least without a plan. While his midlife crisis was all about him, the end of it should be about you and your kids as well. I always recommend a plan be developed and agreed upon before he comes back. Some key elements of this plan would be boundaries on behavior, changes in communication, repairing the damage that has been done, and how the problems that led to his crisis and leaving will be addressed. The goal shouldn't be just for your husband to come back. It should be for you both to change and make your relationship one where the response to a future crisis by either of you is not to leave the other.”

What To Do When Your Husband Returns After His Midlife Crisis

If and when a husband experiencing a midlife crisis comes back to his marriage, things shouldn’t just pick up where they left off. The ordeal that you have both just experienced means things have changed and additional changes need to be made to your relationship.

There will be a lot of emotional damage to you, the family, and challenges he’s still dealing with as well. In fact, he may be experiencing midlife crisis depression and that’s not likely to abate on its own. The best idea for you both is to seek couples counseling in order to help you find your new normal and rebuild the trust that’s likely been shredded. Without getting to the root of how you both got here and how you feel now, the old problems can bubble up and resentment can build leaving you living in an unhappy and unhealthy relationship.

If you are in a relationship with someone going through a midlife crisis know that you’re not alone and there is support available. And if you are a wife wondering if her husband will actually return after his midlife crisis, consider trying to find a way to focus on yourself, your healing, and your own personal growth in his absence. You don’t have to put your life on hold and allow your happiness to be dependent upon his return.