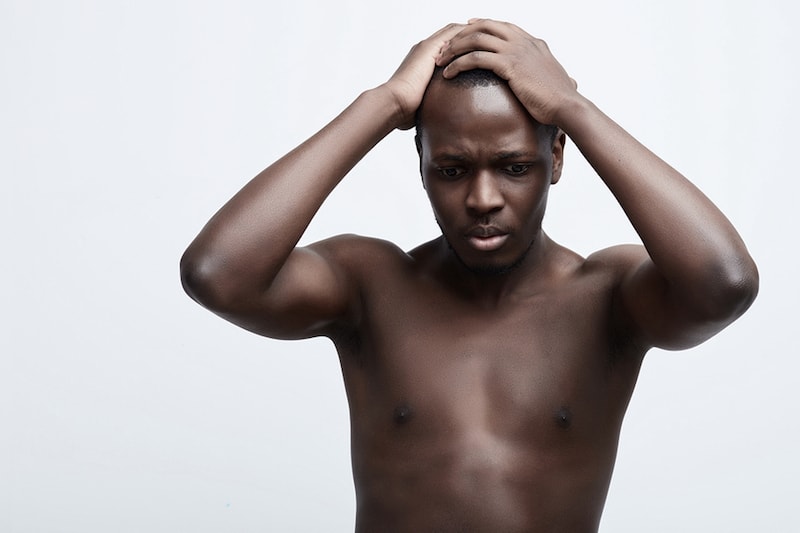 Is there really such a thing as 'manopause? Many people might argue that it's a made up concept to feel sorry and make an excuse for the selfish behavior of men. Maybe. Maybe not.

The idea behind manopause is that men go through physical changes at middle life similar to the hormonal changes women experience with menopause. Certainly possible since it is now well documented that men also experience a reduction in hormone production too (i.e. low testosterone). Commonly such biological changes to our bodies also create psychological changes as well. The behaviors that frequently accompany these mental changes are often labeled a midlife crisis in men by a lot of people.

When a man’s normal behavior changes, especially suddenly, it’s not uncommon for their partners to wonder if they're having a midlife crisis. Now, some women are asking if what's really happening is manopause. Here's a submission I received from a wife asking those questions:

Is Mae's husband's behavior manopause? It's possible, but I cannot definitively determine that without more background information. If her statement that he "just turned 40 and all hell has broken loose" means that these are new behaviors, then the answer is probably, yes.

Here's what Lisa Friedman Bloch, author of Manopause: Your Guide To Surviving His Changing Life, says:

"Manopause is a very complex collision between hormonal loss with its attendant physical changes, and our culture’s expectations of what 'a man' is expected to be … strong, powerful and invulnerable … coming at a time when men can be feeling less strong and more vulnerable. When men become aware their bodies are changing, and they know they still have the second half of the game of life to live, very often they fight their fear and confusion by denying the natural course of events." (read more at 'Manopause': Do Midlife Men Really Go Through 'The Change'?)

Certainly manopause can make these behaviors worse. In Mae's case I would wonder how much of her husband's behavior is new or just getting worse. I also wonder if she's been ignoring, minimizing, or denying it for some time. I have found that a lot of times what gets labeled as midlife crisis or manopause is just behavior that is finally being addressed more assertively.

Male menopause produces symptoms that are a result hormone changes, but these are not usually severe. It is how men respond to these changes that can be extreme and cause significant problems for both themselves and their partners. Although it can be hard for men to admit to themselves and others that this is what is really going, because they usually have no idea. Even if they are aware of how they're feeling, and possibly even why, accepting getting older can be difficult for all of us.

Whether or not Mae's husband's behavior is labeled manopause is not as important as defining it for what it is -- selfish, destructive, and unhealthy. It's easy to chase labels and not focus on fixing the problem. The bottom line for men who are struggling with middle life changes is accepting that you need to learn how to cope with them in more positive, effective ways. If you need help learning how to do this, talk to a professional counselor like myself.

Manopause is a real experience for many men. So learning to accept the changes taking place in your body that are out of your control sure is a whole lot better for you than trying to run away from them.

Editor's Note: This post was originally published May 17, 2014 and has been updated with new information for accuracy and comprehensiveness.