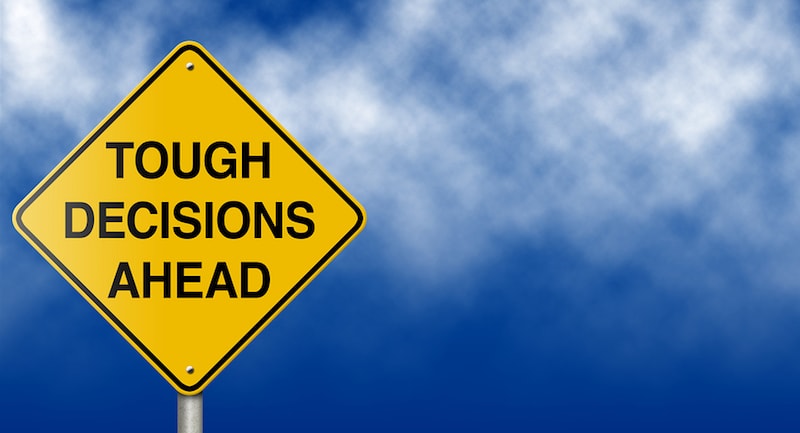 People wonder if there are certain characteristics common to midlife crisis men.

Yes, there are specific thoughts and behaviors that routinely contribute to midlife crisis in men.

In the first article on midlife crisis men we talked about Derek and Lauren (read more about Derek here: Midlife Crisis -- Is My Husband Having One?).

One of Lauren's nagging, unanswered questions about Derek’s midlife crisis has always been,

Why didn't he say or do something sooner?”

Often men (women too) don’t recognize the signs that they're experiencing a midlife crisis until they're deep into it. But by the time they realize what they’re really dealing with, if they ever do, a lot of damage has been already done.

What The Characteristics Of Men In Midlife Crisis Look Like

A midlife crisis doesn’t announce itself as it’s setting in. Most of the time it creeps up on the person experiencing it, and then subsequently their family.

Typically, by the time things are really bad a lot of time has gone by, and things have gotten complicated and messy.

If, however, you know what to look for it’s possible to get help and potentially avoid some of the heartache.

Let's take a closer look at Derek and see if we can get a better idea why he didn't realize what he was facing.

Below are a few of Derek’s characteristics that may have contributed to his midlife crisis (these are Lauren's realizations and words, and have come out of her doing women's counseling at Guy Stuff):

Lauren was right to be concerned as she noticed these things in Derek. Although they had been present for some time, his intensifying behavior reached a crisis level and began to not just damage but destroy their relationship.

Additional Characteristics Of A Midlife Crisis

Since I’ve been counseling him there are some additional things I've noticed about Derek's actions and how he's handled his unhappiness. These are also some pretty common characteristics of midlife crisis men.

See if you recognize any of these in yourself or someone you know:

But Derek never shared those thoughts with Lauren.

But Derek never reached out for help

He's told Lauren that it's not her fault -- the old,

But if that's the case, how is Derek's leaving really fixing his problems?

Can you relate to Derek in any way?

If you can’t personally relate to Derek, maybe you know someone just like him. His story is actually not uncommon at all.

What about Lauren and the problems she’s having with a husband like Derek?

If you’re concerned that you or someone you love is displaying characteristics of a midlife crisis, keep these things in mind:

Sadly, many men think a lot like Derek and try to fix their unhappiness using the same thinking and actions that caused the unhappiness in the first place. Unfortunately, midlife crisis men often create their own midlife crisis (another common characteristic).

This is the second article of two discussing midlife crisis men. Read more about Derek and Lauren in the first article: Midlife Crisis -- Is My Husband Having One? Sign-up for our Blog below and get notified of other articles on men and relationships like this one.

Editor's Note: This post was originally published September 19, 2010, it was updated on April 24, 2018, and again with new information for accuracy and comprehensiveness.