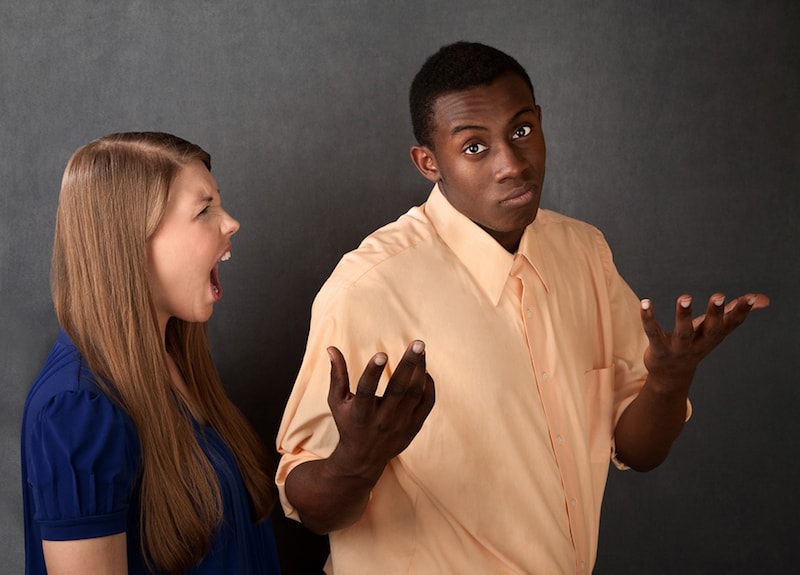 I get asked why men cheat a lot by women. Some questions are both simple and hard to answer - why do men cheat is one of them.

The wife of a cheating man recently asked me to help her understand why do men cheat in more depth. I've answered her 'how' questions in the previous post, How Do Men Cheat.

Now, allow me to provide some answers to her 'why' questions. For perspective, here's part of her original request:

There are many variations in people’s situations, I know, but a general look at 'common' behaviors & attitudes affair partners may go through would be helpful to those left behind.”

Questions And Answers About Why Men Cheat

Once you’ve gotten through the basic ‘how’ questions about your cheating partner the questions get harder. Take a look at the questions this wife is asking because most partners tend to ask similar ones.

Why do cheating men re-write history and blame everything on their partners?

In one of my answers in the previous post about how men cheat I wrote,

How men cheat is by dealing with the reality that they’ve hurt another by denying it. You don’t have to deal with something that is not a reality to you.”

Since denial is one of the coping mechanisms that cheating men use to mentally make it okay to cheat, rewriting history and blaming their partners shouldn’t come as much of a surprise.

When cheaters rewrite the history of their relationship and blame everything on their partners there’s even less that they have to deny. There’s also less to feel guilty about – and having less guilt is really important since many men who cheat claim to still love their partners.

Men who are cheating will try anything to avoid taking responsibility for their wrong behavior, and re-writing history and blaming others is one of the best ways to do that.

Sadly, many men who are cheating and rewriting history can often become convinced of their own lies. Down deep they may know what they’re doing is wrong but facing and owning their poor choices is painful.

Denial and a new version of the ‘truth’ is a much easier and less personally painful choice. Not the right choice, but the easier choice.

How do cheaters deal with the fact that they've hurt another?

Why would they deal with it if it’s not something they think about (remember the denial technique described above)?

Cheating is selfish. It says my needs are more important than anyone else’s. When you’re cheating you’re in 'it’s all about me' mode. The obsession with meeting your own needs doesn’t allow room for thinking about your partner’s feelings.

Meeting their own needs is at the core of why men cheat.

Sadly, the selfishness that underlies cheating overrides any concern or empathy about hurting their partner. Unfortunately, expecting anything different from a man who's cheating is completely unrealistic.

Why do the partners who have been left become the bad guy?

Okay, now you have some idea of the cheater's mindset – in denial, rewriting history, blaming, all about me...

When you're denying reality, seeking to blame others and avoid responsibility, then making your ex-partner the bad guy is really pretty easy. It can actually make a warped kind of sense in the cheaters mind. Making your partner out to be the bad one, and the one who has done wrong, allows your wrong behavior to seem right.

Another reason the cheating partner turns other person into the bad guy is because it helps them feel justified in their actions. If in their minds they believe their partner has done something wrong or is not meeting their needs then they can tell themselves that their behavior is deserved, justified, and right.

Why do cheating men continue to lie, even when the affair is out in the open?

One of the core components of cheating is dishonesty – it’s what allows cheating to occur in the first place.

Lying is like rolling a snowball downhill. Like a snowball, lies just keep getting bigger and bigger, and they're hard to stop once started.

I've worked with cheating men (and cheating women, too) who've been lying for so long, and in so many ways, that they've created a web of lies even they can’t untangle. Sometimes they don’t even remember what the truth is.

Sadly, for some people lying can become a way of thinking that it becomes automatic.

Admitting to the cheating is just the first step in beginning to end the lying.

Even when they're trying to be honest, cheaters (men and women) will still limit how much truth they'll give about details of the affair because they don't want to hurt their partner more. They also want to avoid feeling more pain and embarrassment themselves.

Unfortunately, deception at this stage just slows down the recovery for both partners.

Why do they become so selfish often at the expense of their own children?

Cheaters never mean to hurt their children. Some don't mind hurting their partner, but nearly all regret any pain they’ve caused their children. What many fail to understand though is that hurting our kids' other parent hurts our kids too.

So, if cheaters don't mean to or want to hurt their kids, why do they?

As I described above, it's because cheaters are living in ‘it’s all about me’ mode. They put their needs above everyone else's – even their kids.

Many are cheating to make themselves feel better or make up for some insecurity (another reason why men cheat), and it's hard to give up something that makes you hurt less, even if it hurts your kids.

This is another place where the denial kicks in and helps men fool themselves into believing that they're not really hurting their kids. A man I'm counseling right now who's cheating thinks that the new family he has with his girlfriend is good for his kids since he's taking his kids and hers to Disneyland for spring break.

Do you think the kids feel the same?

What are cheating men thinking, feeling, and dealing with?

This may come as a surprise given that men who are cheating can look so happy and carefree on the outside, but many cheaters are really struggling with the mess they've created. Often cheating men come to me for counseling help because they're very torn-up over the dual lives they're living.

Nearly all men who are cheating are also questioning what they should do next. Living in a state of constant deception isn’t sustainable and something will have to change.

Unfortunately, what most aren’t thinking about, but should be, is what got them into this situation in the first place. Affairs should be considered a symptom of deeper problems. After all, happy, healthy marriages don’t result in cheating.

Why do cheaters not show any sorrow or remorse?

Having worked with a lot of cheaters I can tell you that many, even most, have remorse. They just hide it really, really well.

Since they're cheating at least partly arises out of displeasure with their partner (a 'why' do men cheat answer), showing their partner any remorse is highly unlikely.

When I help them tear down the lies, denial, and blame they've built up, hidden beneath is often regret and remorse.

For women who've been cheated on, these explanations may not make you sympathetic towards your man, and they shouldn't. But if they can help you understand a little more about why do men cheat, and more specifically, why did your man cheat, then maybe you can begin to heal.

Important Note: I've used 'men' throughout this post because I was asked about men who cheat and why, not because I'm saying only men cheat. I've worked with a number of men who've been cheated on by the women in their lives. All of these answers apply to women who have had affairs, too. Substitute 'women' for 'men' anywhere in this post and you'll have the answers about women who cheat.

You can read Part 1 of this series about How Men Cheat here.

Editor's Note: This post was originally published July 31, 2013 and March 27, 2018. It has been updated with new information for accuracy and comprehensiveness.