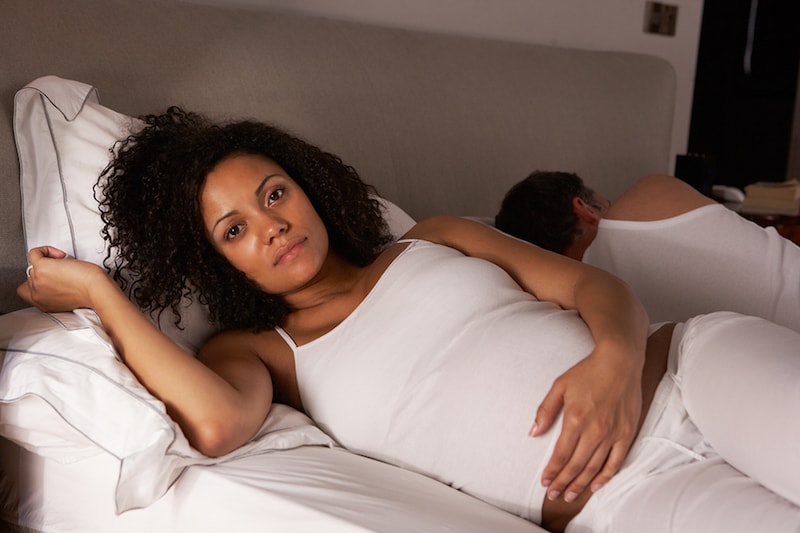 At Guy Stuff we get questions and comments about personal and relationship issues daily. Some questions are more common than others. One of the more frequent questions from women is, “How come my husband doesn’t find me attractive after I’ve had a baby?”

Women asking this question too often feel their husband no longer loves them. They put their need to ask, “How come my husband doesn’t find me attractive after baby?” in the same category as, “He’s fallen out of love with me,” and worry that he will find someone else he’s more interested in.

Many of these types of comments are from women who just had babies within the last year or two, and are dealing with postpartum hormones and the stress of being a new parent. Feeling like their partner isn’t attracted to them anymore on top of all that can be extremely painful.

What Feeling Unattractive After A Baby Can Look Like

Kim is a good example of what a woman with these feelings can look like. Take a look at her story.

Add another one to the ‘husband doesn't find me attractive after baby’ list. We've been together for 10 years, married for 7, and have a little girl who is almost 2. We used to have sex once a week which wasn't as much as I wanted, but enough that I could feel ok. When I got pregnant he lost all interest. Although I didn't get very big and he told me all the time that I was still beautiful, I figured deep down it was just the "ick" factor. Fast forward to 6 weeks after the baby was born and I got an IUD. I couldn't wait for the weekend! Sadly, I was disappointed -- he still had NO interest. I thought it was because I had 10 lbs to lose post-baby, so I hired a personal trainer and started working hard. At this point I'm 34, in the best shape of my life, and turn men's heads all the time. Sadly my husband still has almost no interest.” –Kim

Having a baby is the most natural thing in the world, but it does change everything. And it can especially take a toll on a couple's sex life.

In the article comments on our site it seems most women jump to the conclusion that “my husband doesn’t find me attractive because of my baby weight,” either due to gaining too much while pregnant or weighing too much after the baby. While body changes are absolutely a truth, there are a few other things to consider.

Husbands Fear Hurting The Baby (& You)

Kim states that her husband “lost all interest” once she was pregnant, calling it "the 'ick' factor." In actuality, the problem may have been that he was afraid to have sex with her - not that he didn't find her attractive while she was pregnant.

It’s fairly common for men to fear that sex will somehow hurt the baby, or you, even in the early stages of pregnancy. In the same way many people can’t really use a map to fairly judge distance, some men don’t really realize that it’s physically impossible for them to get close enough to the baby to hurt it.

Add to that the anxiety many men have about the future whose wives are pregnant. When a man looks at his expectant partner he now sees two people who need him, count on him, and for whom he’s responsible. That can be a heavy dose of reality for many men and can dampen their sexual desire.

So, it’s very likely that Kim’s husband’s disinterest has more to do with his fears and anxiety than it does with his attraction to her.

Seeing The Birth Is A Turnoff For Men

Kim also mentions that at 6 weeks after the baby was born, she was ready for sex again, but her husband wasn't.

If he watched Kim give birth he may have a hard time seeing her body in the same way he did before. It’s no longer a sexual temptation, but rather a mysterious vehicle for creating and delivering another human being.

Yes, birth is miraculous and beautiful, but it’s also a bit gory. Most men get a bird’s eye view of the birth and see up close the amazing changes their partner's body goes through in delivery. This can be uncomfortable to see, and even harder for men to get those images out of their minds, especially when you're ready to have sex again.

So, it may not be that your husband doesn’t find you attractive after the baby, but that he hasn't forgotten about your giving birth yet.

And while breastfeeding is undoubtedly natural and preferable if you’re able, watching this process is another way that a once sexual part of your body now has a new role. Which means it can now be uncomfortable and awkward for a man to share your body with his newborn child.

It Could Be His Guilt, Not That You're Unattractive

Most men are used to being in control and being able to help or fix things. When a woman gives birth there’s not a lot for them to do. So, many men felt powerless when their wives were in pain during delivery, or even guilty that they got you pregnant in the first place.

Since sex is how we get pregnant, it’s understandable that some men need some extra time before they’re ready for sex again. But rather than tell their partners how they feel and why, some men will just avoid it and keep their partners at arm’s length, not realizing their partners are wondering, “why isn't my husband attracted to me after my pregnancy?”

A lot of men may not even recognize this is how they feel, and if they do, they may feel guilty about saying anything.

The biggest way to avoid these misunderstandings is through good communication. Unfortunately, many couples feel self-conscious, embarrassed, or just too overwhelmed by being new parents to have these conversations. And when communication breaks down problems arise.

Dr. Kurt has seen couples go through this before. When asked if he had any advice he had this to say,

How To Handle Your Husband Not Finding You Attractive After Baby

Before jumping to conclusions, try these things:

It can be hard to feel like my husband doesn’t find me attractive after the baby, but be a bit more patient as you both adjust to your new life. It typically doesn't stay that way and how you respond to him can play a big part in how long it does.

Editor's Note: This post was originally published March 23, 2016 and has been updated with new information for accuracy and comprehensiveness.

Read Comments from Others with Similar ExperiencesBelow

Have You Lost The Intimacy in Your Marriage?