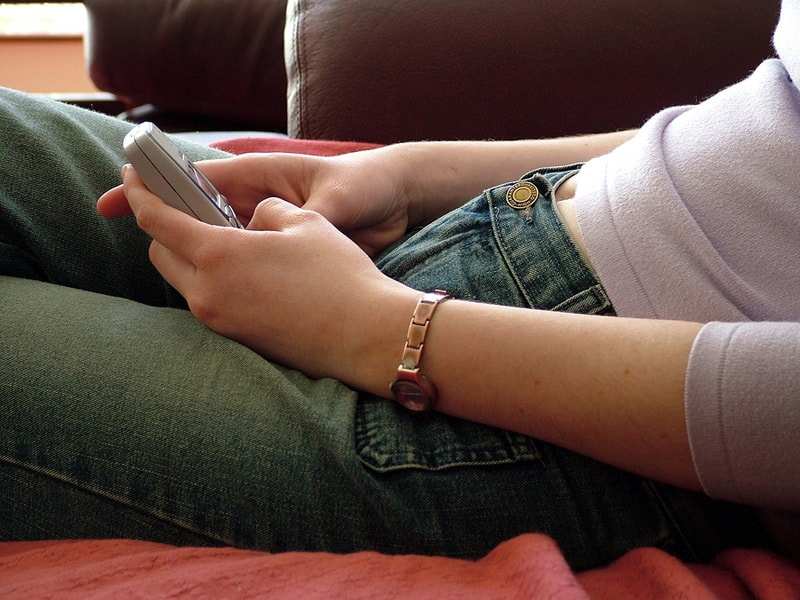 Friend: “Oh no! Who’s he sleeping with? Someone from work?”

Wife: “No, he’s not actually sleeping with anyone.”

When most people think about a cheating spouse they generally imagine secret, sneaky messages and hotel rooms. But that’s not the only way people cheat. In fact, many spouses who cheat start with an emotional affair before anything becomes physical.

Here's a common scenario for a cheating spouse and how an emotional affair starts. This story is from the article "Could You Be Having an Emotional Affair? by Gail Saltz, published in The Oprah Magazine. As you read this story, think about how susceptible you might be to becoming a cheating spouse [emphasis added].

A client I'll call Sharon knew that something was missing in her marriage. She and Robert used to be passionate about each other, she said, but after 12 years and two children, she felt removed. Robert never asked her about work or what she was worried about or felt like doing. She was no longer attracted to him, and they rarely spent time alone together. Instead, she threw her energy into raising the children and her job as a paralegal. Life had become bland.

Then there was Todd. He'd been at the law firm longer than Sharon and showed her the ropes. They would discuss complicated cases, and Sharon found his enthusiasm engaging. They'd grab coffee together, and soon coffee became lunch, and lunch led to phone calls and e-mails as their conversations went from professional to deeply personal.

Sharon thought about Todd all the time, and told me she hadn't felt this alive since she and Robert had started dating. While she recognized a crush -- her excitement about seeing him, her pleasure in his jokes, her relief in confiding in someone who got her --she told herself there was nothing wrong with what she was doing because they weren't having sex.

Robert, however, started to notice his wife's coming home later. She was on her cell phone a lot on the weekends, and when he asked who she was talking to, she became evasive. At one point, he complained that they never had sex anymore, that he felt lonely in the marriage, and that he wondered if there was someone else.

Sharon assured Robert, and herself, that she wasn't having an affair. While she felt a little guilty, the thought of giving up Todd, the way he made her feel beautiful and funny and fantastic, was unbearable.

Emotional cheating (with an "office husband," a chat room lover, or a newly appealing ex) steers clear of physical intimacy, but it does involve secrecy, deception, and therefore betrayal. People enmeshed in nonsexual affairs preserve their "deniability," convincing themselves they don't have to change anything. That's where they're wrong. If you think about it, it's the breach of trust, more than the sex, that's the most painful aspect of an affair and, I can tell you from my work as a psychiatrist, the most difficult to recover from.

Why People Have Emotional Affairs

Few people go looking for an extramarital entanglement. But like Sharon, they might hit a patch where their relationship isn't fun anymore, and they feel isolated and frustrated. Rather than making a collaborative effort with their partner-and perhaps a couples therapist-to improve it, women in particular often accept that "this is just the way the marriage is." So while they aren't consciously in the market, they are ripe for an affair of the heart: hungry for attention, craving excitement, and eager for someone to fill the emptiness they feel inside.

While feeling emotionally empty is a primary driver for emotional affairs, it’s not the only one. There are other reasons people end up in emotional affairs and these need to be considered and addressed as well.

Attention Seeking. There are certain people that require constant, external validation. Their spouses may be loving, devoted, and dedicated to making them happy, but it’s never enough so they seek even more attention from others.

Insecure. Someone battling insecurities and their own self-worth is more vulnerable to emotional affairs. Positive affirmation that makes them feel worthy and valued can lead to a connection with someone other than their partner and result in an emotional affair.

Feeling Bored. When the daily or weekly routine has become so predicable that there’s nothing to look forward to, people may inadvertently seek out connection with others to provide some excitement.

Shared Experiences. Emotionally charged events like the loss of a loved one, sickness, or accidents can leave people looking for others who understand what they’re feeling. When that person isn’t a spouse because the spouse hasn’t experienced the same thing, a bond can develop with someone outside the marriage. Although these relationships begin innocently enough, it’s a slippery slope and can lead to an emotional affair if not careful. This doesn’t just happen around situations that create strong emotions, however. For example, shared experiences within the workplace are the most common places for an emotional relationship to begin.

These aren’t all the reasons for people entering into an emotional affair, but they are some of the most common.

The reality is emotional affairs are possibly even more destructive to a marriage than sexual ones. When the trust, safety, and emotional bond that should be solely shared with a spouse is given to someone else, the new connection can be much harder to end than a physical relationship. This makes it even more difficult for a marriage to recover when one spouse has had an emotional affair. And while an emotional affair may not start with a sexual component, it certainly becomes a stronger possibility the longer it continues.

What aspects of this emotional affair can you relate to? Could you be a cheating spouse and not realize it?

This is the first of three posts examining a cheating spouse. Sign-up for our blog at the bottom of this page and be sure not to miss future posts.

Editor's Note: This post was originally published June 20, 2010 and has been updated with new information for accuracy and comprehensiveness.