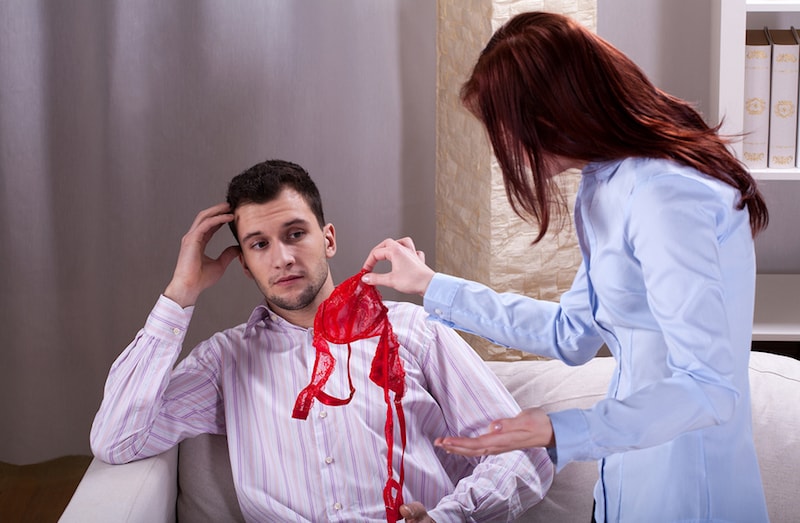 There are few words that can describe the pain and devastation felt when one partner in a marriage has an affair. And moving forward can seem nearly impossible. Determining what to do with your marriage after an affair - leave or stay - is not an easy task. It takes a great deal of soul searching and time.

So if you are trying to decide if you should leave the marriage or stay after an affair, allow me to give you some advice.

What To Do After An Affair

Deciding whether to stay or leave after an affair is one of the toughest decisions to make. It's a life altering one, and if you have kids not just for you. Unfortunately, it's very easy to let the pain of betrayal drive such a decision as opposed to rational reasoning about what's best for you and your family. Wanting to escape the pain is understandable, but divorce is a really painful experience too.

Read the wisdom from a wife whose marriage went through the affects of an affair. This excerpt is from Carolyn Hax's column, "After an Affair, Forgiveness is Possible -- and Liberating", in The Washington Post [emphasis added]:

On choosing not to divorce a spouse who cheated:

It was a rough road for us for a couple of years, but when my husband finally died after 35 years of marriage, I was so thankful we worked it out. I guess the biggest help to me was when I realized that his cheating wasn't about sex (our sex life was great); it was about filling a need where he was lacking, and sex was the solution he chose. I, too, still loved my husband, although never the same way as before the affair, but I know I would have never been happy with anyone else.

One of the things I would change if I could is this: I deliberately held a part of myself back from him for the rest of our married life. He knew it and accepted it; however, the year before he died (he had cancer), I knew there was nothing he could do that would hurt me more than his dying, and so I let myself love him 100 percent. It was the happiest, most wonderful feeling I have ever had. All those years when I was subconsciously punishing him, I was also punishing myself.

It will be the hardest work you will ever do, but if you hang in there and you both work at it, it will be worth it.

She's right - repairing a marriage after an affair is really, really hard work, but it's also really worth it. Many couples I've worked with in marriage counseling after an affair would confirm this truth and agree that the right choice is not to divorce a spouse who's cheated, but to stay and work it out.

While it may seem like the affair is the problem in the marriage, the truth is that it’s really a symptom of other problems – a really devastating symptom, but a symptom nonetheless. Addressing the issues that allowed an affair to occur can help bring a marriage back to a healthy state, but it does take time and effort on the part of both spouses.

Options For A Marriage After An Affair

You were in love once. An affair in a marriage doesn’t mean that love is gone. Yes, it certainly can feel that way, but under all the issues and problems that allowed you to get to this point, there are likely still feelings for each other. Figuring out how to find those feelings again and put your marriage back together can be difficult and confusing. And, after an infidelity it can seem impossible and like more effort than you’re willing to make.

If you’re thinking of leaving be sure to take some time to consider whether you want to really leave the person or just their behavior – there's a big difference. How they're responding to their mistake should be a significant consideration in your decision. If they're owning their actions and working to change themselves then that should give you hope.

You may need some space to consider your next steps. This doesn’t have to mean separation. An agreed upon cooling off period, even in the same house can work too. Keep in mind however, you may need some assistance. Getting through the problems that led to this will mean dealing with not only those issues, but also the emotions and hurt that the affair caused. Doing all of that isn’t easy. The help and guidance of a marriage counselor can be an important part of the process and create a smoother pathway for the recovery of the relationship.

Can you relate to the struggle of deciding whether to leave your marriage or stay after an affair? Please join the conversation and share your experience in a comment to others below.

Editor's Note: This post was originally published April 3, 2010, updated on November 21, 2017, and has been updated again for accuracy and comprehensiveness.