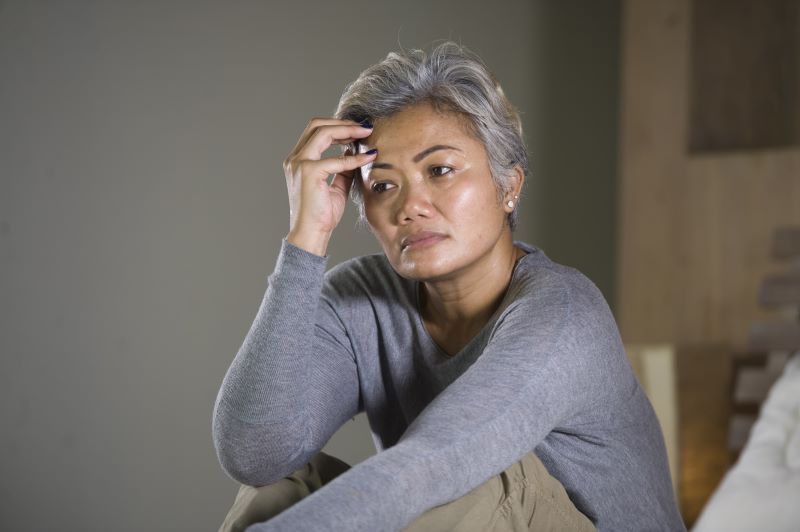 As is the case with many things, a woman’s midlife crisis looks somewhat different than a man’s. That’s not to say there aren’t some similarities, but female midlife crisis symptoms have their own unique hallmarks that can often be missed. Sadly, this can result in a woman not receiving the help and support she may need and chaos for her family, career, and/or home life.

Why A Woman’s Midlife Crisis Is Different Than Men’s

We have worked really hard over the years to become gender blind. Women are more present in the workforce than ever before, they are proving themselves in all industries, and most recently, women are receiving their college degrees at a higher rate than men. But no matter how you slice it, women and men are different.

Different isn’t bad, but it does mean there are specifics that are unique to the challenges each gender faces. This is especially true, and therefore needs to be considered, when looking at both the physical and mental health of men and women.

Of course, there are many lifestyle differences between men and women as well. Women almost universally still bear the brunt of child-rearing, for instance. This isn’t to say that men don’t parent, but women are generally the primary caretakers, especially during a child’s younger years. This can make the outlines of a woman’s life stages more pronounced with a large number of years spent caretaking and doing things for people other than herself. Through time a woman’s focus often goes from herself, to her career/marriage, then her children and balancing family with work, and suddenly into a undefined chasm of empty-nesting and/or retirement. Many times these stages of life and routine can be more extreme for women than for men and be a precipitating factor in a woman’s midlife crisis.

The sudden abundance of time on a woman’s hands can be a blessing and a curse. A woman who never had any time for herself and was consumed with her responsibilities to others has suddenly found time – a lot of it. Men during a midlife crisis, however, are often consumed with how much time they’ve lost and trying to make up for it.

Signs A Female Is Experiencing A Midlife Crisis

When it comes to the symptoms of female midlife crisis there’s no one-size-fits-all profile. A woman’s midlife crisis symptoms will vary according to her experiences, personality, and current situation. One of the biggest warning signs, however, is a sudden change in circumstances. If you are, or know, a woman whose life just changed drastically for any reason, it’s also important to be aware of any big changes in her personality or behavior. Most women will weather life changes without falling into crisis, but some will struggle.

That being said, there are a few signs that are common in a woman experiencing a midlife crisis. Knowing what to look for can help when you or a woman you love seems in distress or acting out of character.

The biggest thing you can do to help a woman displaying symptoms of a midlife crisis is to notice and talk. In addition to having different symptoms than men, women in midlife crisis can also respond differently to interventions. Women by and large can respond more positively to an emotional and concerned approach to addressing their behavior. This, of course, will vary by individual.

Any midlife crisis is generally self-centered and myopic – this is true for both women and men. A person experiencing a midlife crisis is usually only concerned with their own needs and wants and is looking to make a drastic change to their life in order to serve those needs. They may mourn the life they had and make vain attempts to relive those experiences and recapture youth. In women this can manifest in seeking fountain-of-youth type beauty treatments or even surgeries in attempt to maintain their beauty.

Dr. Kurt works with women experiencing midlife crisis and often the men that love them as well. He’s seen the ways in which both men and women try to cope. When asked for his insights he had this to say,

Focusing on looks and youth are common parallels between men and women in midlife crisis. However, for women it's far easier to fall into the pull of the multi-billion dollar beauty industry. Women are more likely to get Botox injections, cosmetic surgery, or seek the latest aging reduction techniques. While these pursuits can occur at any time of life, they should always be considered as possible symptoms of female midlife crisis. Nearly all men appreciate their partner's attention to how she looks. However, I hear many men in counseling also complain that their partner has become consumed with it, and the obsession, as well as time and money it consumes, really bothers them."

While it won’t fix a midlife crisis, some women can be more responsive to the love and concern about her behavior by her family than will most men. This isn’t to say that helping someone to overcome a midlife crisis is easy or quick, however. A midlife crisis is ultimately a mental health issue and needs to be treated as such.

This means that many women will need more than just the support of family in order to get through a midlife crisis. Their troubles very often run deeper than a family can address on their own. If this is the situation, or a woman’s behavior is extreme or risky to the point of being dangerous, it may be that the additional help of a professional counselor will be needed.

Midlife is a confusing time for both men and women. Although most people won’t experience a midlife crisis per se, nearly all will go through a midlife transition. The reevaluating of priorities and plans during these years is completely normal and healthy. This can be a time of reflection and can come with conflicting emotions and feelings, but most people typically emerge on the other side as healthy and stable as before.

If, however, you or someone you love is having a difficult time, you’re not alone. Midlife crisis is well documented and with time and effort there can be healthy resolution. Being aware of changes in those you love and the symptoms of a female midlife crisis is an important part of a quicker recovery for the woman you love.