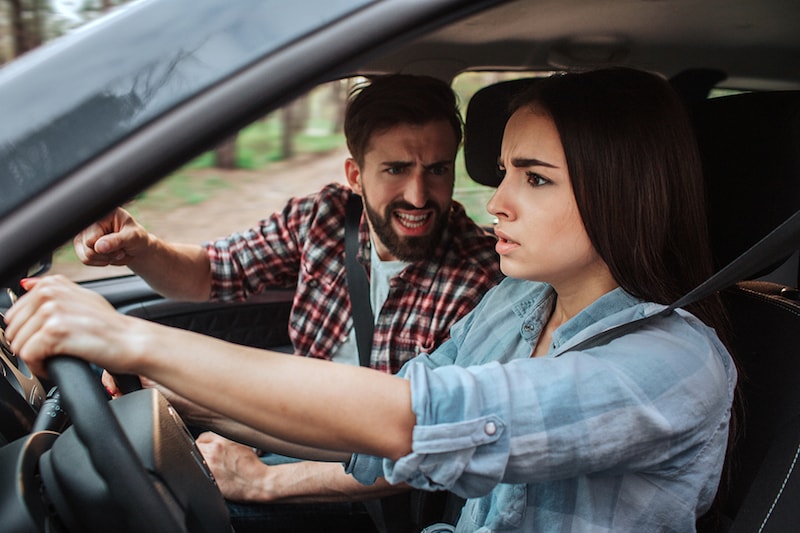 We all have said something to the person we love that we later regret. Under stressful circumstances our ability to manage our words can get compromised and words can slip out that don't always convey how we truly feel. However, when there is a consistent and pervasive pattern of negative communication it can become verbal harassment.

Harassment is a behavior most people are more likely to associate with a work environment, such as sexual harassment, which has been in the news a lot lately. A less common form is verbal harassment and most people don't typically associate this kind of harassing as coming from an intimate partner such as a spouse or boyfriend.

What Is Verbal Harassment?

Verbal harassment is any unwanted communication that is derogatory, demeaning, or hurtful. What makes it harassing is the repetitive pattern it takes on. Although 'verbal' is part of the name, the communication can take many forms -- words either directly spoken to the person or indirectly such as through a voice mail message, text messages (very common now), emails, or written communication.

How Common Is Verbal Harassment?

More common than people would think and certainly more than it should be. Both men and women can be the perpetrators, in fact women can do this more than men since they more often choose to use non-physical kinds of abuse. Even what is sometimes described as nagging can actually turn into verbal harassment.

Do Partners Get Verbally Harassed?

Do partners in romantic relationships feel verbally harassed? Yes, it happens quite regularly actually. Although this is probably more common in marriages since putting your best foot forward is no longer necessary and the partner cannot leave as easily.

While partners or spouses are less likely to label the behavior as verbal harassment, if you ask them what it feels like they'll usually say they feel "harassed."

I'm counseling two couples right now who are dealing with verbal harassment in their relationships. Both have the same problem, but don't see it for what it really is. Each woman has dating histories prior to getting together with their husband's that their man cannot let go of. The problem is described as "he can't get past my past," which is true. But there's also the problem that both men verbally harass their wives as they struggle with their pasts.

In fact he tries to turn everything around on me. He changed all the passwords on our phone bill and continues to send me messages about my phone activity. This is obviously a small glimpse into 9 years of chaos and dysfunction. I know that I have played my part in the arguing, saying mean things and wanting to be done in the marriage. He has used my faith each and every time to stay, along with verbally harassing phone calls and texts all hours of the night to where I finally say fine we can try again. Only to be bar-rated within 24 hours because things we have had on the calendar for months didn't appeal to him (church camp, swim lessons, etc.)." -Elena

Harassing comments can be disguised as sarcasm or excused as, "I was just joking." Harassing verbally can take the form of teasing, ridiculing, making fun of a person. It's often laughed off and the victim is blamed as being too sensitive or taking it too seriously.

Just like other types of abuse, verbal harassment is often hidden from others. It occurs at home, in private, when it's only the two of you or the kids. As a form of verbal abuse it's subtle and not usually easy to recognize. Also, since others don't know about or see it the harassing is simple to deny.

Again, like other forms of abuse, verbal harassment gets dismissed, ignored, denied, or blamed on the victim. Similar to emotional and mental abuse, the victim is blamed rather than the abuser taking responsibility.

My husband (26) and I (25) got married just before having our first baby 8 months ago. I had a very traumatic birth and was on bed rest for 3 months and I am still in physical therapy recovering. I have had no sex drive since giving birth and my husband makes me feel guilty about it and is constantly on a daily basis asking me for sexual favors or grabbing/touching me in ways I consider to be sexual. He says he's just showing me love and I'm just pushing him away and hurting our relationship. I feel harassed and disrespected. He had been doing this since 2 weeks after I delivered. He makes me feel like a sexual object. I'm not even comfortable being completely naked around him anymore. I feel so uncomfortable in my own home and I'm so careful not to show too much affection because he always takes it further and pushes my limits even though he knows how I feel. Whenever I talk to him about it though he makes it sound like it's all my fault and I am mean and disrespectful to him and I'm drowning our relationship. I don't know what to do." -Sophie

How Do You Stop Verbal Harassment?

Because of the characteristics listed above, it's very hard to stop verbal harassment on your own. Getting professional help can be invaluable in learning what's appropriate and what's not, and how to set boundaries and put limits on how you're treated. Additionally, having an authority figure challenge your partner on what's wrong with their behavior can be very effective getting them to see how it's wrong and how to change.

Here's an example of how long verbal harassing can go on:

My wife and I of 16 years are on the verge of divorce/separation. Exactly a month ago to date, I jumped her case over what I thought might be infidelity related to texting. I came down on her EXTREMELY hard and have crushed her heart so that she has lost all feelings for me. Now let me get to the real point. 15 years ago my wife had a 7 month affair and I found out about it. As a result, we decided to stay together and work through it. However, we didn't do anything of the sort, rather just went on with life letting time heal. However I continued to verbally harass, and keep tabs on her for 15 years.....I know it got old for her but to be honest It got to be such a habit, it was a part of my every day life....keeping tabs on what she was doing and who she was talking to." -Sean

Can you see yourself or your partner in any of these descriptions? If so, verbal harassment may be a problem in your relationship. You may not be totally sure, which is common. It's hard to tell much of the time, often because it's been going on so long it seems normal and so we question if it really could be true. If you're not sure, talk to a professional counselor who works with abusive relationships and find out for sure.

Think you might have a loved one verbally harassing you? Please share your story with others and get their feedback and opinion by leaving a comment below.