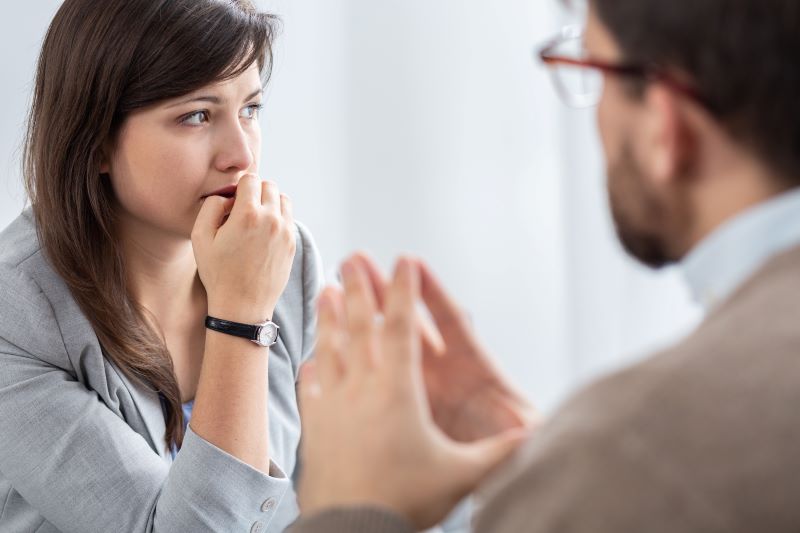 Most of have heard the term Post Traumatic Stress Disorder (PTSD). We generally associate it with soldiers coming back from war or other military conflicts. PTSD, however, can occur for many, many reasons. Accidents, witnessing something frightening, natural disasters, and assaults can all leave people with residual issues that can manifest into PTSD. PTSD from an abusive relationship is also possible and, sadly, it’s overlooked far too often.

The association between abusive relationships and PTSD is clear even if it isn’t often discussed. It takes a lot of time and emotional energy to survive in or break-free from an abusive relationship and, once done, there may not be a lot of thought given to what it may mean for your psychological state months or years down the road. But the lingering effects from any kind of abuse can be extremely painful and disruptive and need to be addressed in order for someone to fully heal.

PTSD is nothing new. It’s been noted in people for years and been called by a variety of names, such as shellshock or combat fatigue. But thinking of it as something that only affects veterans, or that it’s only really severe in people who have had traumatic military experiences, is a very limited definition.

PTSD can be brought on by any traumatic experience. And its presence can’t be diagnosed by an outsider’s perception of the severity of the experience. In other words, looking at someone and saying, “You don’t have PTSD, what you went through wasn’t that bad” isn’t at all appropriate or accurate. The psychological impact of an event is relative to the person experiencing it. It doesn’t have to be just one major event either, repeated exposure to certain things or certain types of treatment can result in PTSD over time as well. This is perhaps one of the reasons that PSTD due to abusive relationships goes overlooked.

People with PTSD display several common symptoms. Intrusive thoughts, flashbacks, uncontrollable anxiety, withdrawal from others, anger issues, and depression are all regularly seen in PTSD sufferers. I spoke with a woman recently who, even years after being in bad car accident, routinely has pleasant dreams that are suddenly interrupted by a car coming out of nowhere and crashing into whatever the subject of the dream may be. These symptoms can come and go or may persistently plague the sufferer. Either way, they can make many aspects of life and relationships exceedingly difficult.

What PSTD As A Result Of Abuse Can Look Like

PTSD is often used as a general term, but it really refers to those who have suffered short-term experiences rather than chronic or on-going traumas. Because abusive relationships typically span a length of time, the PTSD that develops from such an experience is referred to as Complex Post Traumatic Stress Disorder, or C-PTSD. This category includes things like being held prisoner, being a victim of human trafficking, and being trapped in abusive relationships. So, the wife who says she has PTSD from her abusive husband very likely does, and more specifically she has complex-PTSD.

Dr. Kurt has experience working with people suffering with relationship abuse PTSD. When asked about it he had this to say,

PTSD is one of those things that most people just don't get. And to think that PTSD could develop from a partner being mean or controlling may be even harder to understand - even for the person who has it. Yet having PTSD from an abusive relationship, whether it's a past or current one, is very real. That a part of our lives that is supposed to be loving, uplifting and bring joy could cause such intense pain is bewildering for sure. Yet we all need to be very careful not to dismiss it just because it makes no sense."

There are several similarities in the behaviors associated with PTSD and C-PTSD victims, but there are some primary differences. Those suffering from C-PTSD will often develop debilitating self-doubt, extreme loss of confidence, and a diminished sense of identity.

Abuse in a relationship can be sneaky and hard to see or define. Psychological or emotional abuse can often develop over time, little by little. By the time it’s clear there’s something wrong the victim may feel dependent on their abuser and distrustful of their own instincts or anyone who tries to help them. Changing or escaping these relationships can be difficult, but it can be done.

Getting back to a “normal” life and initiating and sustaining healthy relationships can be extremely challenging. A variety of symptoms can manifest and take the sufferer by surprise. Most with PTSD or C-PTSD will suffer for years without knowing exactly what’s wrong or how to help themselves. For those with relationship abuse PTSD some of the most common signs are as follows:

Everyone is different and there may be additional symptoms of PTSD due to abuse. Or any combination of these symptoms may be present to varying degrees.

How To Recover From PTSD Caused By An Abusive Relationship

No one wears a badge that says, “I have PTSD,” and identifying it can be difficult for both the sufferer and those who love them. Most people prefer to mask their feelings, often assuming there is something wrong with them as they try to keep people around them from noticing. So, it’s very possible for someone with PTSD to suffer for years before understanding and admitting they need help.

Acknowledging that you or someone you care about has experienced a traumatic situation, especially in an abusive relationship, that may have a lasting impact is an important first step toward getting healthy. Many would like to minimize their experience and put it in a little box in their mind labeled, “Do not disturb.” The problem with that is that the box never stays sealed and its contents will seep into every aspect of life. Eventually, that box will break and the trauma and feelings that were caused by the pain of the relationship that you were trying to avoid can be like a bomb dropped on your mental health.

Healing from trauma will require that you turn your attention to that trauma and work through the associated feelings. This doesn’t happen overnight, however, and can be uncomfortable and painful. Really recovering from something that has caused PTSD or C-PTSD, particularly a romantic relationship, is complicated at best, and true recovery often requires the assistance of an experienced counselor.

Some with PTSD from an abusive relationship may wrestle with the symptoms for life. That doesn’t mean they can’t be managed though. With the proper support and coping techniques, it’s very possible to live a happy life with healthy relationships. But doing this means that you first need to face your trauma and the psychological effects it’s had upon you.