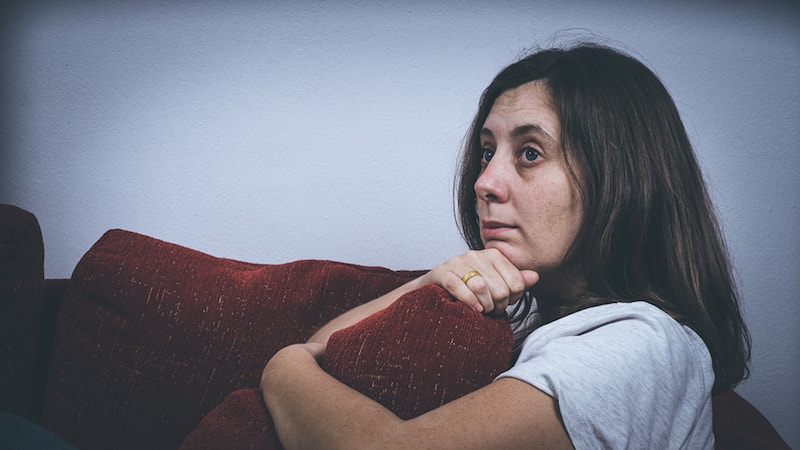 Rachel doesn't know what's wrong with her relationship, but it doesn't feel right or healthy. Darren tells her he loves her, and that the things he says and does are for her good, but they don't feel loving to her. It all seems so off that she's started to wonder if she's in an emotionally abusive relationship.

Recognizing an emotionally abusive relationship isn't easy. If you've got a black eye from your partner hitting you, that's pretty obvious abuse. But if it feels like you're being manipulated, humiliated, or controlled, that's not always so easy to see, especially if you're on the receiving end of it.

How Emotional Abuse Makes You Feel

How does it feel to be in a relationship that's emotionally abusive? Here are some of the most common feelings. You can feel:

Examples Of An Emotionally Abusive Relationship

I had a front row seat to an emotionally abusive relationship last week in my office. A couple in divorce counseling was meeting with me. They had been fighting all week over his response to finding out that she had a man sleep over at their house. He says he's fearful of what could happen to his kids with her bringing "men in my house." However, it was one man, when the kids weren't there, and it's no longer his living space. In some ways he looks like a caring parent who only wants to protect his kids, but the manner in which he expressed his concerns revealed it to be much more.

Nick didn't express his concerns and have constructive conversations about them with Chloe, instead he made threats about moving back into the house and going to court to get more visitation, while barraging her with endless questions and accusations. Rather than sending a few texts over the 4 days as would have been usual, he sent more than 100. Before moving out he had installed a security cam to watch the front door to the house and was now using it to question her about everyone who entered the house, even other family members. He flipped from being a disconnected father who didn't know his kid's bedtimes and took a nap on the sofa during some of his visits, to being an overly protective, alarmed dad.

This is what emotionally abusive behavior can look like. It's excessive, unnecessary, self-centered, and unloving. What it feels like for Chloe is controlling, smothering, embarrassing, and scary. She doesn't know what to expect from him next.

I can use any advice or guidance you can give me. 7 years ago my husband suddenly changed. He started staring down young girls in front of me like he was undressing them. Since then he has been taking care of himself to always look good. The whole 7 years he has been full of anger, rage and blaming and criticizing me and being very psychologically and emotionally abusive. He turns everything he does and says around onto me and says I hurt myself with my thoughts and that I'm the one doing everything to him that he's been doing to me. I believe he has been cheating and think he's in a relationship with someone at work. He's always hiding something and acting suspicious. I have never worked in the 29 years were married I was a stay at home mom and wife, I have no education, career or money and he is withholding his pay checks and money from me. We have tried marriage therapy which we were still currently in and nothing has changed in 7 years. He has become more cruel mean and abusive though he so far has never hit me. I have lost so far 21 pounds the last couple of months from stress and anxiety and have a hard time eating from feeling this way. My 3 kids are hurting as deeply as me with all the fights and arguments between us. He has had a full work up with blood work and genetic testing and all his testosterone and everything else is fine. So I don't know if this is a midlife crisis or the new him and what I should do because after 7 years he's not getting any better he's just getting more cruel toward me, he has no empathy and outright has told me I don't give a f*** what you want need or feel and go f*** yourself. He curses me out all the time and calls me fowl things. I have no idea what's going on with him or if he's ever going to change after 7 years of being like this and rather get divorced then do what anything I need in the marriage. It's seems to be his way or no way and only about his wants, needs and feeling and not mine at all. I don't know what to do. The wounds and hurt are so deep and wide open. I made an appt with a divorce lawyer but I don't know if I should file for divorce or not. Please Please Please tell me what you think I should do." -Lillian

It's pretty clear how Lillian feels -- blamed and criticized, it's all her fault, controlled, abused, not cared for, confused, hurt, and hopeless. Can you relate to how she or Chloe feels?

Why An Emotionally Abusive Relationship Makes You Crazy

The biggest reason being emotionally abused makes you feel crazy is that everyone else denies it. Your partner says they love you and don't do the things you feel like they do to you. You're the one who's acting crazy, not them. Their behavior is hidden from others, so family members, friends, and work associates typically think your partner is a good person. The abuser and relationship usually looks pretty normal from the outside.

It's also really hard to believe and accept that the person you love, and the person who often says they love you back, makes you feel this way. Is it them? Or is it you? Maybe it really is your fault?

Being in an emotionally abusive relationship changes your mindset, belief in yourself, confidence, and ability to recognize the truth. It brainwashes you so you no longer trust your feelings or thoughts. Feeling crazy and confused becomes the normal.

Both women and men can be the victims. Although the examples above are both about men being emotionally abusive to women, women do it just as often to men too. This is actually a much more common form of abuse used by women.

If you're reading this article it's very likely that what led you here is the suspicion that you're in an emotionally abusive relationship. Most often people's instinct is right, they just don't trust it anymore. Maybe it's time to trust yours and talk to an expert to confirm your suspicions and get some help.