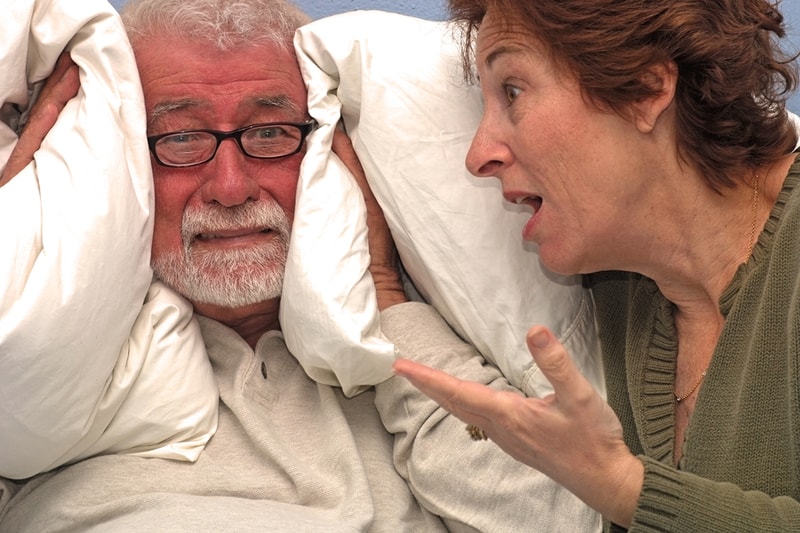 When it comes to being abusive it seems like men get all of the focus and blame. This is largely the case because men are usually more obvious about their abuse, such as becoming physically or verbally abusive. However, abusive women are much more common than most people might think.

Because of the different forms of abuse typically used by women, abusive women are harder to recognize. Women typically abuse in subtler, less outward ways than men that can be difficult to spot. These ways usually are hidden and don't leave obvious wounds like a black eye.

Why It’s So Easy To Overlook An Abusive Woman

Not only do women abuse in less obvious ways, but men are also typically very reluctant to admit to anyone (including themselves) that they’re being abused.

Being abused by a woman can be emasculating and embarrassing. And since many men view themselves as the dominant one in the relationship, it also doesn’t seem like it should even be possible. Because of this most men never tell anyone about the abuse and go to great lengths to hide it.

However, if you’re a man in a relationship with an abusive woman you’re far from alone.

Abuse by a woman can be sneaky and chalked up to “just the way women are” or being “fickle.” But no matter how it’s explained, abuse is abuse, no matter who’s doing it – even if it’s a woman.

So, what do abusive women really look like in real life?

Here are 7 common abusive behaviors practiced by women, along with descriptions from real life partners.

While a man can be just as likely to use most of these, women more often utilize them to hurt those they're supposed to love. There are also a couple of these behaviors that are much more exclusive to women.

I believe my wife is regularly emotionally abusive towards me. When she yells and puts me down and says mean things I get upset and say mean things back to her. How do I not react when she pushes my buttons with her abuse?" -Adam

In these cases, there are often repercussions if the demands aren’t met. She may get angry, call him names, pout, give him the cold shoulder, or even withhold sex. Whatever the response, its purpose is to condition or train him to do what she wants when she wants it.

Some partners even go as far as monitoring their spouse’s social media or tracking whereabouts through apps.

I been researching emotional abuse, and I think I'm heading down that path to be an emotionally abusive to my husband. One example is I'm pretty controlling if he wants to go to a party or event and his ex girlfriend is there I guilt him into not going and I get jealous way to easy. I have been cheated on in the past and have had bad relationships. I'm letting fear ruin this one. He has never proven to be a Cheater but my mind keeps thinking every guy is. He's such a good man I want to trust him so bad." -Anna

My wife is abusive. As a child she was sexually abused and as a 19 year old she was raped. We have been together since she was 18. She is now 23. We have a one year old daughter. She is always angry and impatient with me and our daughter, referring to our daughter as "little a**hole" or "little turd" and calls her retarded. I get called much worse names however my concern is for our daughter. My wife has voiced to me on many occasion that she wish she hadn’t gotten married so young and that she wished she didn't have a baby. That she wants to feel free that she wants to run away from us because we make her angry, we tie her down. That it isn't fair that she hasn't had a life. As a result I have been abused physically, mentally and emotionally over the passed few years we have been married and my daughter verbally abused and border line physically abused. I feel like I have tried everything but I'm your classic "nice guy". To afraid to make her angry." -Nate

My wife is very verbally abusive to me. She says horrible hateful things and has rage issues. She dumps all over me and then will not talk to me for a week. I feel helpless. I refuse to engage because I'm a Christian and to me this behavior is very ungodly." -Bruce

This can eventually lead to gaslighting as well. “You never told me that” when you actually did, or “I told you about that, you just didn’t listen” when she never did. Over time you start to doubt yourself and your own sanity.

I have been verbally abusive toward my husband and have accused him many times for being unfaithful. Then I won't let him touch me sexually. How can I stop the jealousy? I don't want to be a psycho jealous wife." -Lori

What To Do About A Woman Who's Abusive

One of the first things you should do is ask for help.

As you can see from the quotes above, and probably already know if you're in a similar situation, it's overwhelming and can seem like there's nothing you can do to change it. One of the effects of being in relationships with abusive women is believing that it's your fault and there's something you can do differently to change it.

While it's true you can have an impact on changing things, it's very important that you don't take on responsibility for the other person's behavior. The needed change can only happen if they are responsible.

Change is possible. I work with men and women every day who get help and learn how to make change happen. As you can see from the two women quoted earlier, even abusive women can recognize their behavior is bad and want to change it.

Do you know any abusive women? If you've had firsthand experience with a woman who's abusive please share your story with others by leaving a comment below. You can remain anonymous.

Editor's Note: This post was originally published Feb 15, 2018 and has been updated with new information for accuracy and comprehensiveness.