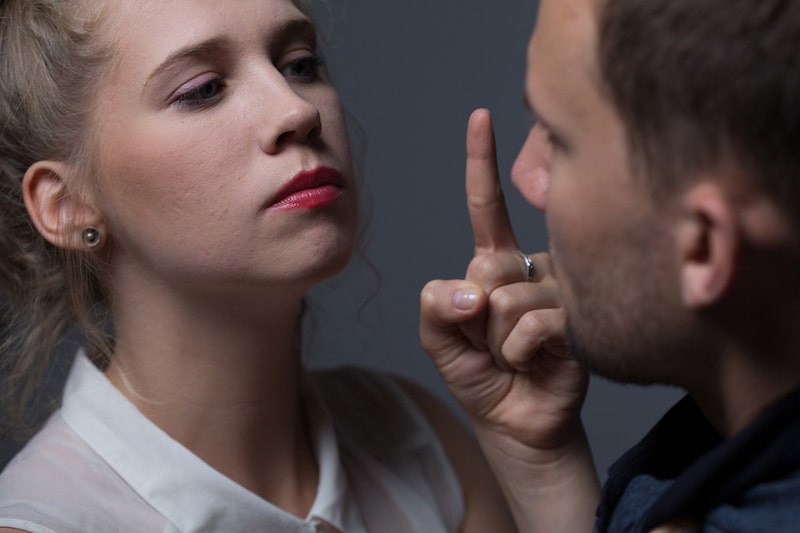 Paula's husband and friends have nicknamed her "Kate” because she acts like the famous controlling wife. It's a joke, she told me, as she laughed it off, referencing the old television show, Jon & Kate Plus 8, which chronicled the lives of Jon and Kate Gosselin and their eight children. But it looked like underneath the laughter that the name really hurts her.

Paula acknowledges being controlling and says that's what the name means.

Like Kate Gosselin, she says she likes to get her way. There are a lot of reasons why "getting her way" is important to her.

It's not purely selfish, which is what most people assume. In Paula’s mind she's trying to do the best for her family, but her husband, Brian, doesn’t always see it that way. In fact, they argue about her intentions quite frequently.

Brian hates how Paula treats him, it makes him feel like less of a man and as though she has no respect for him.

This isn’t only painful, it’s also embarrassing. She’s constantly correcting him in front of their friends, telling him how do things, or that he’s done something wrong and needs to do it over again. It makes him feel like she thinks he’s an idiot and incapable of handling life in general. And it continues to make him feel like there’s no way for him to make her happy.

Not knowing how to deal with his controlling wife, he started calling her "Kate." Initially, he said it and to lessen the tension and get her to back off, but then it stuck and the implications became more serious and more hurtful.

Not surprisingly, Brian's sarcastic humor hasn't helped change Paula's behavior. In fact, it's made her angry and she's lashed back at him by being even more of a control freak.

The combination of his sarcasm and her need to control the world around her, making sure everyone is “okay,” has only made their marriage ten times worse. So Brian and Paula came to marriage counseling for some help.

Why People Are Controlling And What To Do About It

Controlling behavior can seem manipulative and abusive. And at times it can cross that line.

What people don’t often understand about controlling behavior is that it can be a form of self-preservation. The desire to control their environment is driven by the need to make the world of the individual feel right and safe.

This need and the resulting actions can significantly impact the people around them and not in a positive way. No matter whether the intentions are good or not, controlling behavior isn’t healthy or okay. In fact, it can be the cause of a lot of pain in a relationship, as is evident in Brian and Paula’s situation.

Control issues in a relationship aren’t uncommon. If you think you’re married to a controlling person too, here are two things you can begin to do:

1. Understand Why. Controlling behavior is a defense mechanism, which is a method our minds develop to deal with circumstances that make us uncomfortable.

In the case of controlling behavior, it's a way to deal with living in a chaotic and unpredictable world. There's very little in this world that is within our control. That can be difficult to accept. People that exhibit this type of behavior are often attempting to calm their emotions by trying to control things around them.

Most controlling people are fearful and anxious about the world they live in. The way they try to cope with these uncomfortable feelings is to try to gain some control by imposing their wills and wishes on everyone around them. By knowing how the person likely feels on the inside it can help you to see past their outward behavior and be more understanding of what's really happening.

2. Set Boundaries. Boundaries are limits you place on how that person can treat you. The natural world around us requires boundaries and we need them to function properly too.

Controlling behavior is difficult to deal with for everyone involved. So it’s important to recognize the underlying reasons why people who are controlling act that way. They likely have internal issues that need to be dealt with, and may need your help and support in doing so. Go slow and be patient.

A controlling wife can change, but she will need to find the motivation to do so. And using a sarcastic nickname isn’t likely to help her. So you’ll need to change too. You both will need time to learn new rules and that playing by them can be better for everybody -- even for your "Kate."

Got a controlling wife in your life? Please tell me how you deal with her behavior in the comments below.

Editor's Note: This post was originally published October 10, 2009, updated June 19, 2018, and has been updated again with new information for accuracy and comprehensiveness.