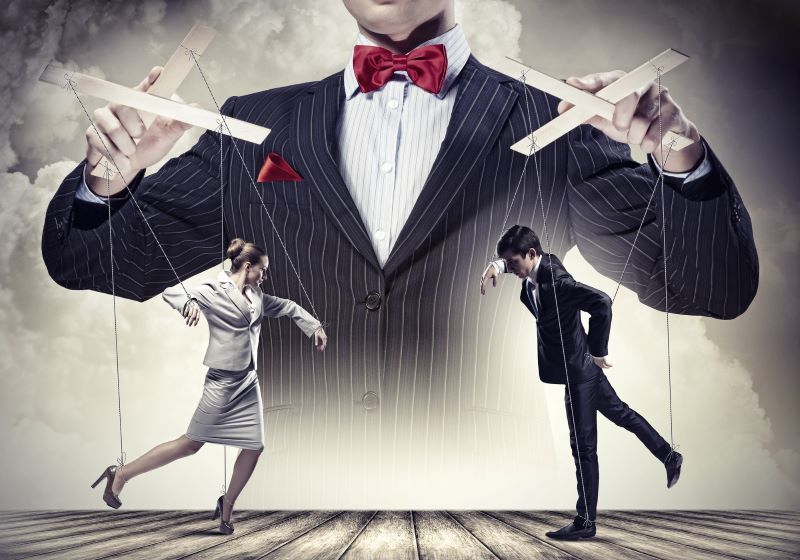 Karen woke up yesterday with a whole list of things that needed to get done. It was going to be a long day and she was dreading having to deal with all those many items. As she was looking through the list she noticed a common theme – the majority of things on her list weren’t for her, they were for her husband. How had she ended up being his beck and call girl? It occurred to her at that moment that she was dealing with relationship manipulation within her marriage.

Sound familiar? If this, or any variation of it does, you may be experiencing manipulation in your relationship as well. Of course, manipulation isn’t just about tricking someone else into picking up your dry-cleaning, it goes much deeper than that. At it’s worst manipulation can be part of an emotionally abusive relationship and undermine a person’s confidence, making them question their own thoughts and choices.

Recognizing manipulation in a relationship can be hard to do. Most manipulators have been manipulating for a long time and operate in such a way that even the person experiencing it doesn’t know it’s happening. This is especially true in romantic relationships. They often start off normally and over time the balance of power shifts as the manipulator’s behavior becomes more extreme. Eventually, much like Karen, the victim becomes exploited and, often unknowingly, works to serve the agenda of the manipulator - even to the detriment of their own well-being and happiness.

Manipulators are often narcissists. It may not seem that way at first, but manipulation is about control. Manipulators have an unspoken belief that they should get their way and be served by others because they feel superior to those around them. In the case of relationship manipulation one partner has created a scenario where the other partner must serve their needs, feed their ego and validate their feelings.

There are signs, however. If you suspect you or someone you love might be a victim of relationship manipulation, consider the following signs:

These are not the only forms of relationship manipulation, but they are some of the most common and easily recognized.

How To Stop Being Manipulated

Putting an end to manipulation can be tough, especially because it can take a long time to realize that’s what’s happening. But a relationship that includes overt manipulation in order to get one person to do things they naturally wouldn’t, they’re uncomfortable with, or to control how and when they do them is unhealthy and abusive.

Unfortunately, many victims of manipulation struggle with their own self-confidence issues and this can leave them vulnerable to manipulation, especially by narcissists. Putting an end to manipulation will mean that you need to consider the traits within yourself that made it possible for someone to take advantage of you, especially if you find this to be a pattern in your relationships. Your personal vulnerabilities or insecurities do not make it okay for another person to exploit you, but they are things that you will need to address to prevent it from happening again.

To really stop relationship manipulation, you will need to re-establish boundaries. This can take time and require repetitive action on your part. You will need to be clear with your partner about what you see, how it makes you feel, and how you would like it to change.

Keep in mind that it’s possible that your partner doesn’t even realize what they’re doing and the effect it’s having on you. It may be that they’ve been treated the same way and it’s all they know. If they grew up watching the adults in their life use manipulative practices in their own relationships they will assume it’s normal. That doesn’t mean that the behavior can continue, but it does mean that a gentle approach may be best to use in the beginning as you start to work to redefine the way your relationship operates.

Dr. Kurt sees manipulation in his practice quite frequently. In fact, when asked about it he had this to say,

Relationship manipulation is so much more common than most people realize. I probably point it out to someone I'm counseling at least once a week. I had to explain to a guy just the other day that his girlfriend was manipulating him. He didn't see it and still was unsure if that was true after we discussed it and I explained why. Now since I've never spoken to her I can't say that's really her intent, but it is the accurate description of her behavior and the effect it has on her boyfriend. When manipulation of your partner is intentional and frequent then it becomes a form of relationship abuse."

The important part is that you establish open and positive communication and start to change the dynamic that’s been created. We’ve all been manipulated or have behaved in manipulative ways at some point. Even using the silent treatment when you’re angry at your partner qualifies as a form of relationship manipulation. When it happens occasionally it’s not as concerning. But a healthy and happy relationship doesn’t involve regular manipulation.

So, if you, like Karen, wake up one morning and realize that the balance of power and respect in your relationship is skewed, it’s time to think about how to make changes. Don’t make the mistake of thinking it will be a quick or easy process to right the ship, however. Most manipulators won’t admit that their behavior is inappropriate. And they may go as far as defending their actions. But manipulation in a relationship won’t stop on its own. You will need to be proactive in changing things.