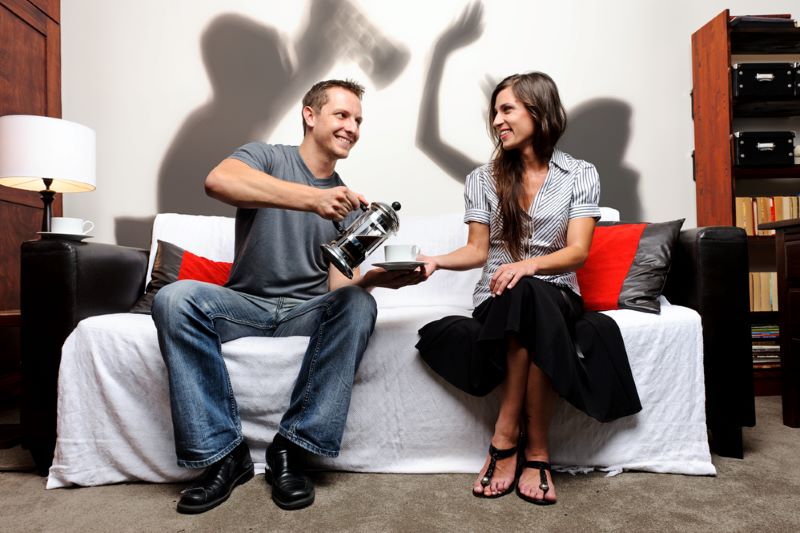 If you were being abused, you’d know it – right? There would be some evidence, or at least an internal sense that something wasn’t right – right? Not necessarily, especially if you are suffering from covert abuse.

Covert abuse? It may sound like a tactic used in a low budget spy movie, but it’s actually something experienced far too often in abusive relationships. It can be a particularly insidious problem since, not only is there abuse, but there may be the additional victimization of gaslighting making the abused partner feel like they’re losing their mind.

What Is Covert Abuse?

Covert abuse is precisely what it sounds like – abuse that’s hidden, kept secret, not acknowledged, or denied all together.

Covert abusers often seem like regular, nice, even charming people. They may appear well adjusted and have no obvious problems with anger or control. The underlying truth is that they are master manipulators who know how to make their abuse seem normal, a function of love, and for the good of their partner.

Although covert abuse in relationships can be physical (hidden bruises or “explainable” injuries), it’s more often psychological, emotional, or verbal in nature. These abuse types are more easily hidden, not only from onlookers, but from the victim as well.

Abusers of this type are able to convince their victims that there’s nothing wrong or abnormal in their behavior or the relationship dynamic.

These are all examples of statements that may be used in a relationship experiencing covert abuse. Statements like these are generally used following a verbal teardown, emotional beating, or other manipulation that punishes the victimized partner. They have the common affect of normalizing and justifying the abuse, as well as blaming the victim, leaving them unsure of whether to feel guilty, thankful, or angry.

Dr. Kurt works with couples dealing with covert abuse in their relationship. According to him,

A hallmark of abusive relationships, and especially ones where the abuse is covert, is confusion. You may be unsure what to feel, and find yourself feeling conflicting feelings at the same time. Such as feeling guilty, thankful, and angry all simultaneously, which only compounds the confusion. The subtle nature of covert abuse, as well as the common pattern of calling it what it's not, and not calling it what it is, adds even more to the confusion. So, if you're unsure if your relationship really is abusive, that's normal. Talk to a professional who diagnoses and treats abusive relationships and they'll be able to best tell you. It can take years of training and experience to be truly able to see through the deceptive fog.”

This kind of hidden relationship abuse often starts small and grows quietly over time. The progression allows the abuse to go unnoticed or be easily explained away for long periods of time. At some point it begins to feel like, “this is just the way things are” and becomes accepted as normal.

Unfortunately, acceptance can lead to a lifetime of abusive behavior and take a heavy psychological toll on a person.

It’s important to understand that abuse can happen to anyone if all the wrong circumstances align. It’s not a sign of being a weak person or a flaw in your personality to find yourself in an abusive relationship. Outgoing, self-assured people can find themselves abused as often as those who struggle with self-esteem issues.

The bottom line is being abused is not the fault of the person experiencing it.


The creation of this unhealthy dynamic can make it extremely difficult for a person to leave, having created a feeling of being invisibly handcuffed to their partner.

Long-term abuse can also lead to a form of PTSD for the person who’s experienced it. This can make maintaining successful relationships in the future difficult.

And as detrimental as it is to the person experiencing it, covert abuse also can have unseen affects on others within the family, namely children.

Children define normal by what they see daily. In any relationship with abuse it can take years for a child to realize that what they’re seeing isn’t what a happy, healthy relationship looks like. By the time they do, if they ever do, they will struggle trying to understand what healthy is, and have already developed predispositions toward certain unhealthy relationship behaviors that will need to be overcome in order for them not to repeat what they observed.

Seeing The Signs Of Covert Abuse

The best way to minimize the effects of covert abuse is to stop it as early as possible, before it becomes a “normal” part of the relationship. In order to do that, however, you need to know what to look for.

So, just what are the signs of covert abuse in a relationship? Some of the most identifiable are outlined below.

There’s no formula to follow to determine if a person is being abused. Occasionally it’s clear, but often the signs are muddled and somewhat hidden. Knowing whether you are being abused, or whether someone you love is, requires intentional evaluation, and usually by an objective and trained third party.

Bottom line is that if something feels wrong, off, or otherwise not right, it probably is. In those cases, looking more closely to ensure things are healthy and safe is a good idea whether it’s your own situation or that of someone you love.

The secretive nature of covert abuse can make it particularly difficult to stop. A person may already doubt that what they’re experiencing is abusive and question their own perception of things.

These are all ways that a partner dealing with covert abuse in their relationship can explain away the behavior. Covert abuse steals their confidence and understanding of what healthy love looks like.

So, the first step in getting out from under covert abuse is to acknowledge that something is wrong. This could be just admitting that you don’t like the way your relationship makes you feel.

A loving, healthy relationship should make you feel happy, fulfilled, safe, respected, confident, and loved. If these are not feelings you can attribute to your relationship and your partner makes you feel differently, it’s time to admit to yourself that something needs to change.

The second step is determining how to make that change. This step will look different for each circumstance, but for everyone it will include some form each of the following:

The way those things manifest and are upheld will depend upon the couple involved. And in most cases, successfully eliminating covert abuse will require outside support from family, friends, and most likely a qualified couple’s counselor.