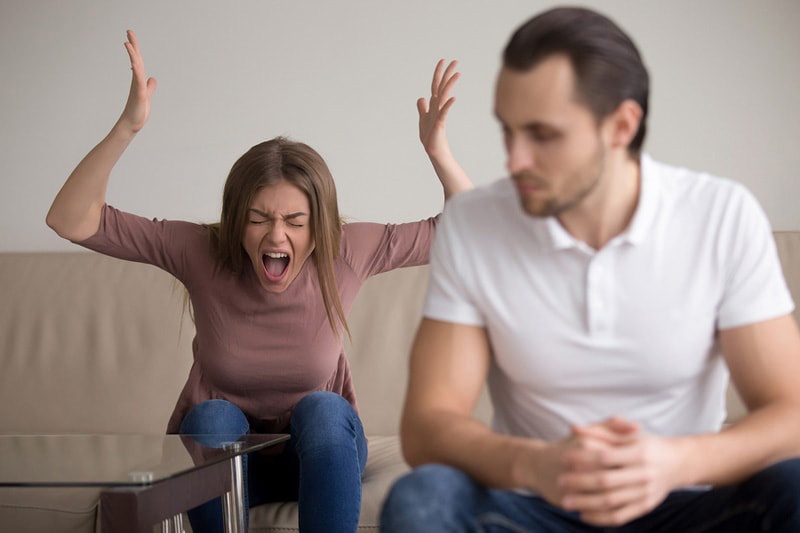 Are there abusive women? Yes. Can women be the cause of relationships becoming abusive? Yes.

There are a number of posts on our counseling men blog about abusive men, and justifiably so. Men can often be the source of abuse in abusive relationships, but so can women. It’s just not discussed nearly as often.

One Reason We Don’t Hear As Much About Abusive Women

The primary reason men are so often blind to abusive women is because women are generally more subtlety and passively abusive than men. Men tend to be more direct and outwardly abusive. So, the behavior of an abusive woman isn’t immediately recognized for what it is in many cases.

Verbal abuse, emotional abuse, and psychological abuse are the most common types of abuse inflicted by abusive women. It can almost feel sneaky and is often done in a passive-aggressive and manipulative manner within the relationship.

While men can behave in the same ways, it’s more common for men to be physically or sexually abusive.

Because of the different styles of abuse used by women versus men, it’s very common for men to believe they’re actually the problem and the abuser, not their partner.

For example, I worked recently with Phil, a husband and father to a young son. Phil came for anger management classes after months and months of demanding by his wife that he do something to change.

There was no doubt that Phil had an anger problem – he threw things, punched holes in the wall, he even punched a metal door. The final straw, however, when Phil finally recognized he needed anger management help, was when he snapped and threw his son across his bed.

What Phil didn’t recognize about his situation though, was not only did he have an anger problem, but he also had an abusive wife.

Which causes which? Does his anger cause her verbal abuse, or does her verbal abuse cause him to get angry? Is the problem his explosive outbursts, or her blaming him for everything? These difficult and unanswered questions have kept Phil stuck and unsure of what to do for a longtime.

Here’s how Phil describes his relationship:

Another Reason We Don’t Hear About Abusive Women

In a word – pride. Once a man realizes his wife or girlfriend is abusive, it can be exceedingly difficult for them to admit it and get help.

Most men mistakenly believe they should be able to fix things on their own, and so often either respond with anger to the abusive woman in their life or ignore things altogether. Neither of which are advisable approaches, and certainly won’t change her behavior or make things better.

You can see some of this in Phil. Although he didn’t come in and tell me directly that his wife was being abusive, it was clear that his response to her behavior and the way she communicated with him either caused or worsened his anger issues.

So now, rather than dealing with her behavior, the focus is all on him and his anger issues. They now have two behavior problems to contend with, one acknowledged and one not, and no effective way to communicate about either one.

What Can You Do About An Abusive Woman?

Dealing with an abusive partner, man or woman, begins the same way - recognize the abuse and make the decision that it must stop. This first step takes a great deal of inner strength, but until you’ve admitted the problem and make a commitment to yourself that it has to stop you won’t be able to move forward.

The next thing you’ll need to do is talk to your partner and begin to set some boundaries. This is where things can get challenging. Depending upon the state of your relationship, your own demeanor, and the level of abuse, having this conversation might be very difficult and not as productive as you want and need it to be.

For this reason, many people and couples benefit from the help of a counselor. It can often take a professional third party with experience dealing with abusive relationships to help you communicate and initiate change. So, don’t be afraid to ask for help.

Can you see yourself or your partner in any of the above? Could it be possible that you’re in a relationship with an abusive woman? If you think that might be the case, then get some professional counseling help to find out if you’re right and what to do about it.

We help abusive partners change and turn their relationships into healthy, happy ones every day -- even Phil's. You deserve to have one too.

Editor's Note: This post was originally published Jan 28, 2012 and has been updated with new information for accuracy and comprehensiveness.