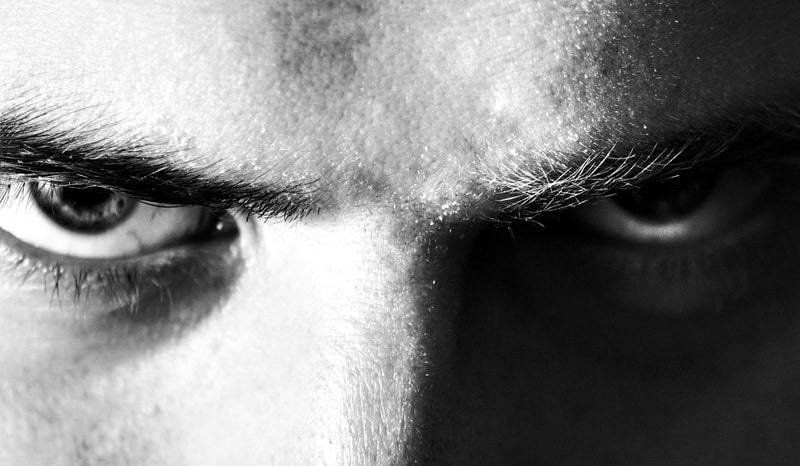 A lot of men with anger issues get help because they get told they have to by their partners.

My wife told me I have to get my anger issues fixed, or else.”

is a common explanation I hear from men who come to my counseling for men.

What often gets overlooked, or rather ignored, is the origin of these anger issues in men.

Why are so many men so angry?

Well, as it turns out there are some common causes of anger in men.

Let’s be clear about something first though. Men who struggle with anger management (me too) need to take full responsibility for managing their emotions. Just because there are reasons for anger doesn’t mean uncontrolled anger, explosive outbursts, or even verbal abuse is okay.

To really come to terms with anger issues and make the needed changes we men must understand the causes of their anger issues.

This is easier said than done.

Anger is a reaction to external circumstances.

It can be difficult for men, or anyone for that matter, to manage emotions they feel are a natural response to being provoked by others. Being provoked, however, is not an excuse to overreact or become abusive to those around you.

Partners and others around us also need to be willing to look at their contribution to anger issues in men. Often partners are aware of the things that may trigger an angry response in the person they love, yet they fail (or even refuse) to make a point of changing their own behavior.

Is this an excuse for a man’s anger issues?

No. But everyone has buttons, and being respectful and loving means you do your best not to push your partner’s.

Of course, all of this needs to be considered from a reasonable standpoint. Becoming angry every time someone clangs their spoon on a bowl doesn’t mean everyone around you should stop eating ice cream.

A common complaint I hear in counseling men is that their partner “nags” them. This behavior not only fuels men's issues with anger, but also their loss of interest in their partner (Hint to partners: nagging is a real ‘turn-off’).

Nagging is a form of communication breakdown.

Guys, make note – this isn’t just a ‘her’ thing. You have a part in this as well.

If she’s nagging because your underwear is always on the bathroom floor, pick them up and then have a conversation. Communication helps you each better understand the reasons for the other's behaviors – either the nagging or the anger – that are causing problems.

Unfortunately, in a lot of relationships there's not honest communication and so this important information often goes unshared. As a consequence, the nagging continues, and the anger escalates.

Here’s a post I wrote for our social media page about the connection between nagging and anger management problems. What I describe fits for a lot of relationships where the men have anger issues. 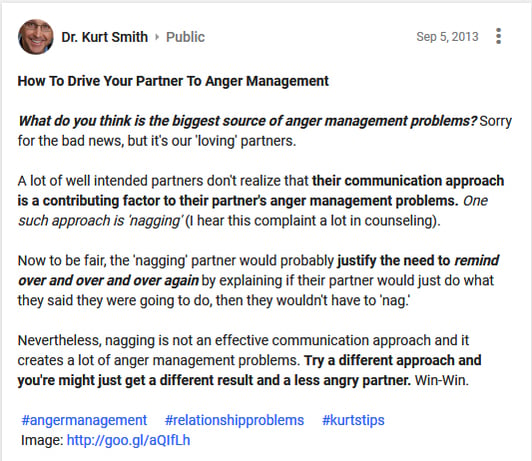 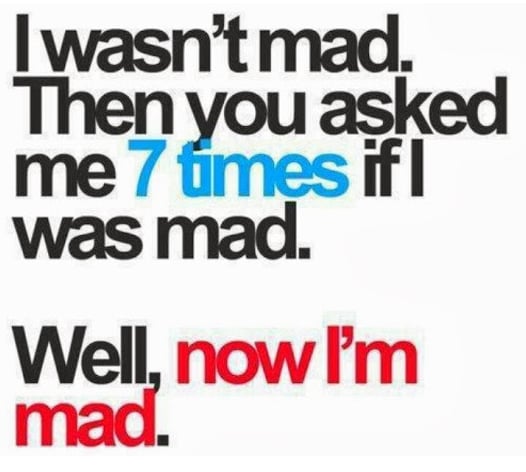 So, what do you think? A lot of guys will probably say,

You're right. Her constant asking does make me angry."

And a lot of partners will probably ask,

What else am I supposed to do to get him to do things?"

One of the challenges with anger issues in men is that the anger and its consequences often mask the real problems. If your anger operates like a hair-trigger there are very likely deeper issues that are affecting you.

Problems that are harbored and not dealt with will take up energy and mind space. As a result, your ability to keep things in perspective and react proportionately to whatever is going on is limited.

In the case of nagging, there is a clear need to find more effective communication techniques and fix the reasons why nagging is necessary in the first place.

There are a number of reasons nagging can occur, many of which we control. Some easy areas where we as men, as well as partners, can make changes are:

You may be surprised at the changes making these small efforts can bring about.

It's important to note that it's not just men who have anger issues -- women can have issues with anger too.

In the case of anger, it tells us something is wrong. And what’s wrong is not necessarily the thing that made you angry, it might very well be something deeper.

So, it's really important that we don't ignore that message and get so distracted with stopping the anger that we miss fixing what's really causing it.

Obviously, 'nagging' isn't the only cause of anger issues in men, there are many others as well.

These are also common sources of anger problems. But whatever the cause, we need to be sure to dig deep enough into things to get to the true problem, not just the surface one.

Many of us men suffer with anger issues (and women can be angry too). However, you can’t ignore them -hoping time will fix them doesn’t work. To really effectively manage your anger issues, keep the following in mind:

Less conflict and more honest communication by both men and their partners is one of the ways we can get to the bottom of the true problem, while also reducing a man’s anger issues. It’s a win-win.

Please share your thoughts about the anger issues in the men you know by leaving a comment below.

Editor's Note: This post was originally published on October 5th, 2013 and updated on August 14, 2018, and again with new information for accuracy and comprehensiveness