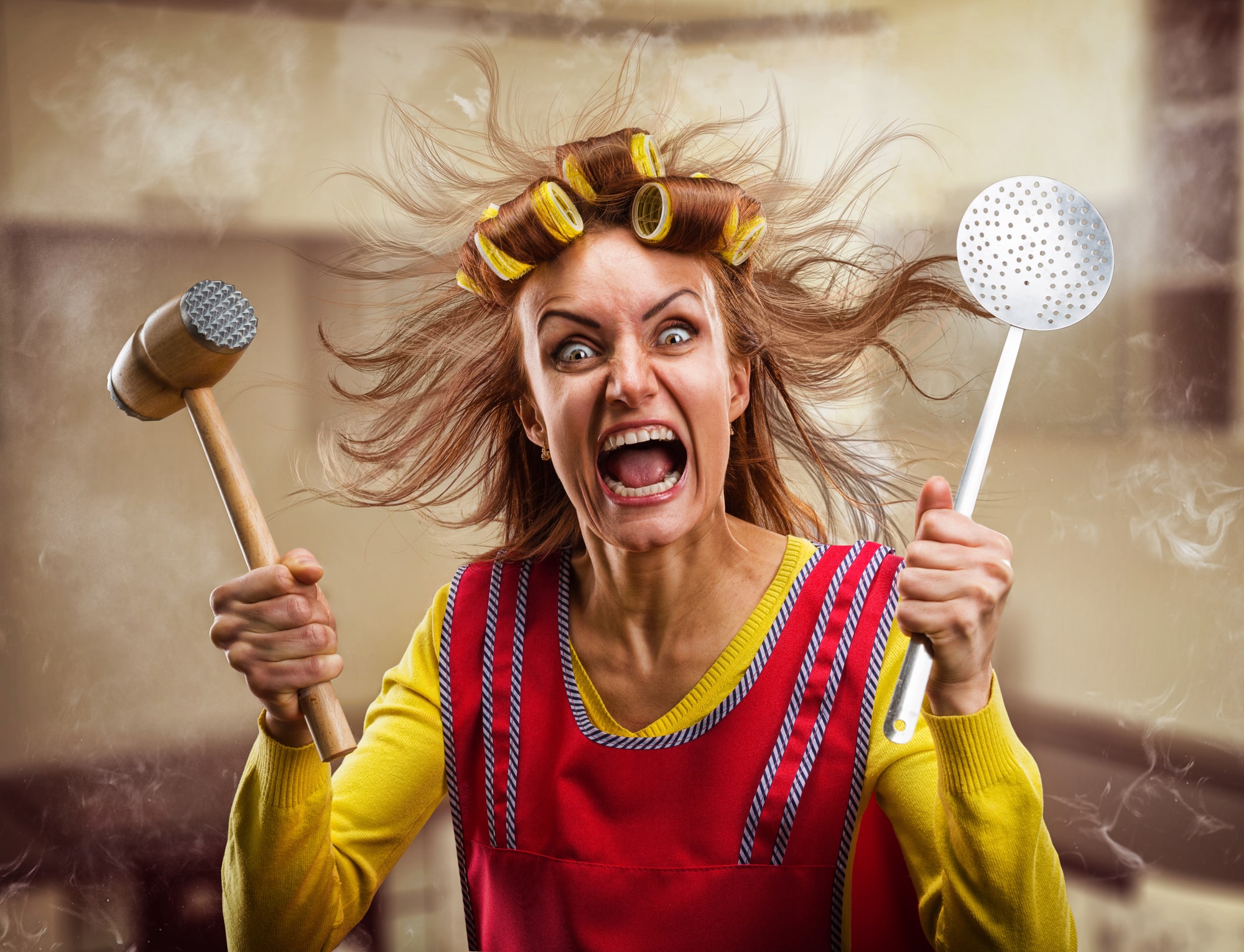 She used to be sweet and loving. She always seemed happy to see you and excited about your future together. But now, after some years together, she’s changed. She doesn’t smile as often and nearly everything seems to make her mad. Sound familiar? If so, you’re not alone. There are many men out there who ask themselves daily, “Why is my wife always angry?”

You may wonder what you’ve done to cause your wife to always seem angry, and believe that somewhere deep down she hates you. But that seems absurd, right? You know that occasionally you act like a jerk, but you also try to make up for it and feel like you’re actually a pretty nice guy and a good husband (you probably are).

Which leaves you with one very big question – why is it that your wife, who was once full of hope and happiness, is now angry and disagreeable so often? What changed?

Women and men express anger differently. Men are more likely to yell and display their anger in a direct manner, whereas women are more likely to internalize things and are generally more passive. Most of us know that when a woman tells you everything is “fine”in a razor’s-edge tone there is danger ahead. Women are far more likely to go dark and give the silent treatment to those with whom they are angry and avoid ever discussing directly the things that are bothering them.

What this means is that, although it may seem like her anger began out of nowhere and for no reason, it’s quite possible that things have been building for a long time. Once her anger has reached a certain level it will begin to become more visible through her actions and suddenly you find yourself thinking that your wife is always angry.

The Angry Wife – Why It Happens

First, let’s acknowledge that if you and your wife started out happy, and with a healthy relationship, then the anger you’re seeing now isn’t “just who she is.” That being the case, no matter how great a guy you think you are, you are in some way likely to be contributing to her frustrations and the anger she’s expressing.

That does not mean that your wife has a right to become abusive or blame you for everything. She’s still responsible for her own actions and reactions, and hostility and angry behavior are not effective means of communication. It does mean, however, that as a couple nothing happens in a vacuum and discontent in a marriage can be the fault of both partners.

But, although you may be contributing to your wife’s anger in some way, that doesn’t mean that you are the primary source of it. Confused? That’s understandable.

Women have a complicated relationship with their lives as they age and grow through marriage - especially as children become involved. Women are tasked with managing many aspects of who they are and what they need to be for those around them, like their spouses, kids, families, and employers.

Added to this challenge are other factors that they may have no control over, like their own biology and the emerging personalities of their own children. Throw all these things and many others into a bucket and you have a recipe for an angry wife.

I know, it still seems fuzzy and you’re thinking, “Okay, but what exactly is it that’s causing my wife to always seem angry?” Let’s break it down a little further and look at some of the most common things that lead to persistent anger in many wives.

Many wives who always seem angry may be very aware that their behavior seems hostile and want to change it. They often miss who they used to be but feel like there’s no real path back to being that person. Is this your fault? No, not really. But are you doing anything to help, or are you making it worse by not recognizing what she’s going through?

How You Can Help Your Wife With Her Anger

First, know that your wife probably isn’t having a midlife crisis, which is often what husbands mistakenly believe. She’s probably quite normal, just a bit off track with her emotions and in need of your help and attention. Anger issues in women can be a sign of midlife crisis but, for most women, signs of a midlife crisis are more varied and extreme.

Second, if you can’t magically become a mind reader, the best thing you can do when your wife is upset and frustrated is talk to her. And to actually listen and try to understand what she has to say. Just that effort can make a big difference in the closeness of your relationship and help strengthen your partnership so she doesn’t feel alone and become even angrier. Feeling heard and understood is important to us all, and it’s particularly important for the health of a marriage.

Dr. Kurt works with many men who feel that their wives are always angry. Many times they feel frustrated because they don’t know what to do. He offers this advice to men struggling to understand their wife's anger:

Most people are uncomfortable being around someone with strong emotions. This can be especially true for men. When our wife is angry we're likely to either want to make the anger go away right away or we want to go away ourselves. Note that what was recommended above was for you to "listen" to her, not try to fix it. Most of us men have a default 'fix-it' mode that can get particularly triggered by our wife's emotions. This isn't usually the best first response, however. And when she's angry this is likely to be even more true. When most of us are angry we usually just want and need to vent more than anything. So Listen first."

Understand that if your wife is always angry then there are likely issues that have been festering for a long time. This means that it may take awhile for that anger to dissipate. You will each need to work on your improving communication so that whatever is causing anger and resentment in either of you is addressed.

If however, despite your best efforts, your wife’s anger persists and she’s unable to manage it, she may benefit from speaking with a professional counselor. An objective third party with the right professional training and experience can often help women and men struggling with anger sort through things and get back to a healthy and happy place in their lives.