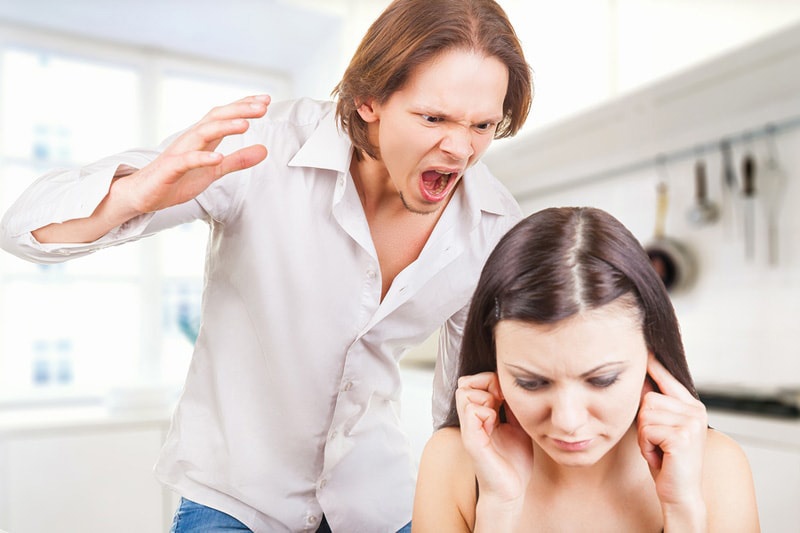 We all can say things that hurt someone else. Intentional or by accident, it's easy for our words to hurt. But when there's a pattern of hurtful words within a relationship, especially in a marriage, it's time to start thinking about how to deal with verbal abuse in marriage.

Sadly, verbal abuse in marriage isn't that uncommon. A man I was counseling yesterday was describing the mean, cruel, hurtful words his wife regularly says to him. And, unfortunately, he does the same back to her.

Anyone can spot verbal abuse in a marriage if they know what to look for, but when you're in the middle of such a relationship it can be much harder to see. In abusive relationships the hurt gets twisted around and mixed up with love. And the unloving words aren't seen for what they really are -- unloving.

Let's begin to learn how to deal with verbal abuse in marriage by taking a look at this post from our social media page asking, is love supposed to hurt? 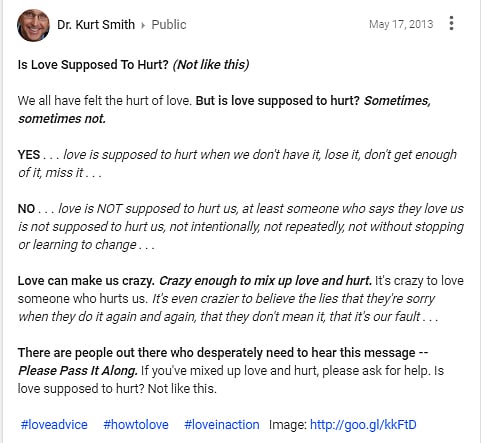 The husband and wife I described above ridicule, humiliate, and put each other down over past events, their sexual relationship (even prior sexual partners), and the kind of person they think the other one is (learn more examples of verbal abuse). They claim to love each other, but their words often don't prove it. There's clearly is a marriage with verbal abuse. Is your relationship verbally abusive?

Here are a couple of important truths about love and relationships from this Google+ post:

Love can make us crazy. Crazy enough to mix up love and hurt. It's crazy to love someone who hurts us. It's even crazier to believe the lies that they're sorry when they do it again and again, that they don't mean it, that it's our fault . . ."

So how do we allow ourselves to get love and hurt so mixed-up?

The answer to 'why' we do this is much more complicated. And fortunately you don't have to know the answers to 'why' to get the first and most important part right -- it's crazy to think that someone who hurts you, loves you.

If you want to know how to deal with verbal abuse in marriage, you need to start here: repeat this mantra to yourself several times every day, and especially after your partner hurts you with their words -- "It's crazy to think that someone who hurts you, loves you."

Until you accept this truth to the point that you have the courage to change yourself and your life, nothing else really matters. How to deal with verbal abuse in marriage is the same as what to do when you're stuck in quicksand -- you need the help of someone else to get out. When you're really ready to change, get the help of a relationship expert to learn how (P.S. - It will be one of the best decisions you ever make. Trust me - I know).

Did this post help you? Could it help someone you know? Feel free to pass it along. You can read more about abusive relationships in the drop down list at the tip of this page. You can also get notified each time there's new post by signing-up at the bottom as well, or follow me on Facebook or Twitter where I post weekly relationship and self-improvement tips just like this.