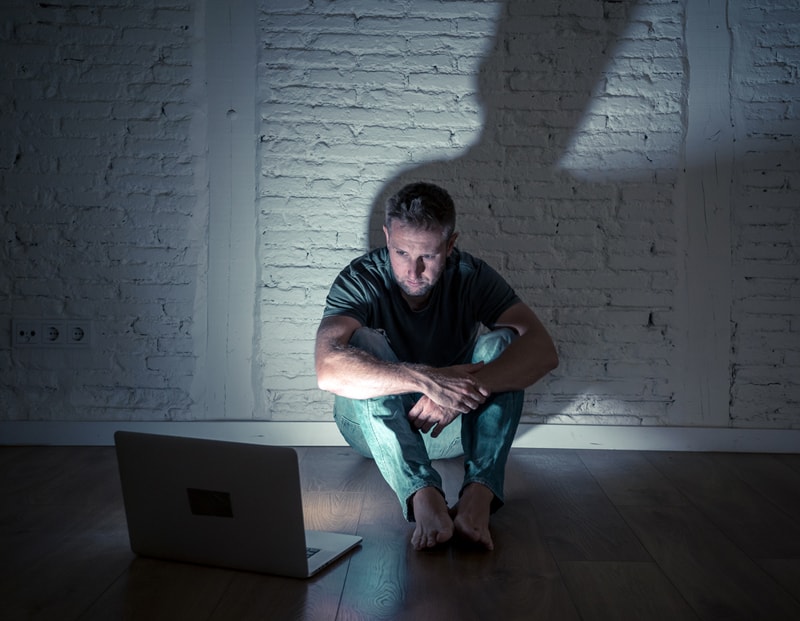 Have you experienced digital abuse in a relationship? In today’s era of constant connection there are many digital pitfalls to watch out for. Protecting your identity, impact of social media on careers, and cyber bullying are just a few.

Sadly there is a new worry to add to the list. Digital domestic and dating abuse are on the rise and becoming a big problem. So just what is digital abuse in relationships?

Digital, or cyber abuse in a relationship can occur in a variety of ways. Some of the abuses are subtle and hard to recognize at first, while others blatant and frightening. Any uses of technologies like texting or social media, to harass, manipulate, or intimidate you are considered abusive. So what can digital abuse in your relationship really look like?

Jenny was active on Instagram, Twitter, Facebook, and a few others social sites. When she started dating Jay they frequently exchanged pictures and messages through these platforms. It was all fun – at first. Then Jay got really nosy about who she was friends with and her interactions with other people, both men and women.

He wanted explanations for certain pictures and messages, and asked questions about why she was interacting with each person, why they had checked-in certain places, and why he hadn’t been told about it before. She really liked Jay, but finally felt like she had to censor what she was posting. Jay’s obsession with social media and following her on Facebook and the other sites had gotten out of control.

Jay’s cyber stalking behavior is considered a form of digital relationship abuse. Having access to someone through social media does not give you permission to demand details on every exchange. The fact that Jenny had felt intimidated to the point of changing her online social behavior is evidence of the unhealthy impact his behavior was having on her.

Jenny finally broke up with Jay, but it was messy and he didn’t take things well. His controlling behavior included posting unflattering pictures and disparaging comments about her on any social site he could. He even went to the lengths of creating fake profiles to try and get back in her friend network, all so he could keep tabs on her and undermine her every chance he could.

Jay’s behavior became extreme, but digital relationship abuse doesn’t have to go this far to be considered abusive. Any time someone uses a social platform, technology, or a device for the purposes of unwanted tracking, insulting, or intimidation they have crossed a line.

She’s Blowing Up My Phone! Is That Digital Abuse?

Ryan’s wife Sarah had become uncomfortable in her own skin. After their second child she had a hard time dropping the extra weight and felt like she was always exhausted and covered in kid crud. It was entirely possible she was dealing with the baby blues or full blown postpartum depression as well, but that was never diagnosed. What was certain is that she had become convinced that Ryan no longer found her attractive after having the last baby, and was actively trying to spend time with other women, or even just the guys in order to avoid her.

Sarah became obsessed with knowing where Ryan was at all times. She was constantly calling and texting to “check-in.” Although he has asked her to stop, especially during work hours, she didn’t. And it had gotten to the point that if he didn’t respond almost immediately to her calls or texts, her efforts would escalate dramatically with messages full of accusations and nasty names all in caps.

Sarah’s problems with her self-esteem and potential depression had contributed to her becoming digitally abusive toward Ryan. Her behavior had started to cause problems in Ryan’s work environment and create huge cracks in the foundation of their marriage.

Ryan pleaded with her to stop – she didn’t. His frustration only fueled her suspicions and she finally went so far as to load a tracking app on his phone that he was unaware of until he upgraded to a new device. When he discovered what she had done it was the last straw. Thankfully they decided to get marriage counseling before going straight to divorce and are currently working on rebuilding the trust in their relationship.

Wrong. Most of us know that nothing on the internet really ever disappears. Deleting a picture doesn’t mean it’s gone, especially if there is someone it has been shared with.

Monica and Steve were sophomores in high school. He was her first boyfriend. So far her parents liked him and he had been respectful to her. She seemed happier than she had ever been.

After a few weeks her attitude seemed to change. She wasn’t happy and excited anymore, but nervous and quiet. She seemed glued to her phone and retreated to her bedroom rather than spending anytime around her family. When her mom asked if she and Steve had broken up, or if he had hurt her, she adamantly denied both and asked to be left alone, claiming to have home work and projects to do.

What her parents found out later is that Steve had been sending her explicit pictures – of himself. Thinking he was being playful and sexy, he had sent several pictures of himself partially or fully naked asking things like, “Don’t you want some of this?”

He then began to harass Sarah to do the same thing, asking for “booty shots,” a little “T and A preview,” and for her to show him “what he has to look forward to.”  When she refused, he forwarded her images of other girls from school that had already sent him pictures, calling her a prude and goody-goody, and telling her she needed to loosen up.

Finally, during an argument about her behavior, her mom confiscated her phone and started looking through it. She was beyond horrified. Ryan had been sexually cyber bullying her daughter for weeks.

Although Sarah was reluctant, they went to the school administration to report Steve and seek help. He is now being dealt with by the school and authorities, while Sarah is in counseling.

Sexting has become all too common. Consenting individuals don’t consider it abusive, but in many young relationships it’s used to pressure and manipulate a partner into behaviors that are disturbing and uncomfortable for them at best, and criminal at worst.

Often those involved think it’s a fun and harmless tease. What they aren’t thinking about is what happens with those pictures once they are sent, or even just taken. Anyone who has them now also has the power to post, share or send those images with malicious intent, and that by itself is a form of abuse.

It should also be noted that having nude pictures of anyone under age 18 is considered child pornography, is illegal, and can be prosecuted.

How Do I Handle Digital Abuse In A Relationship?

Start by keeping yourself safe. Healthy relationships include respect and boundaries. If someone is starting to ignore those things, digitally or otherwise, don’t hesitate to put a stop to it. Concerns related to online behaviors like cyber stalking, online cheating, and abusive digital behavior have become a larger portion of the discussion in many counseling sessions. Dr. Kurt has seen an increase in these problems in his own practice recently saying,

We all should be aware - and very careful as a result - that the digital lives we have can draw out abusive behavior from an otherwise healthy partner. Or they may become another area for an already abusive partner to exert control. Normal curiosity and interest in our partner's online activities can easily rise to suspicions or trigger insecurities that can manifest into abusive behavior. There are some inherent characteristics about technology that puts us all at risk for digital abuse - our digital lives are mostly an individual activity, there's an element of secrecy about them, and they involve other people that our partner may have no real-life connection with. I treat digital abuse regularly and most often it's a result of how the partners handle their devices and online activities more than having an abusive relationship."

This can be an uncomfortable thing to do because we want to believe the best about someone we love. We often make excuses as these behaviors begin.

If you find yourself saying or thinking similar things, consider it a red flag. The behavior generally gets worse rather than better and you are likely headed into an abusive situation.

Many are unaware that certain behaviors using technology are considered abusive and never think to ask what digital abuse in a relationship is and how to recognize it. If you feel that you or someone you know, is being abused digitally or otherwise, don’t hesitate – seek help. The situation isn’t likely to get better without intervention.