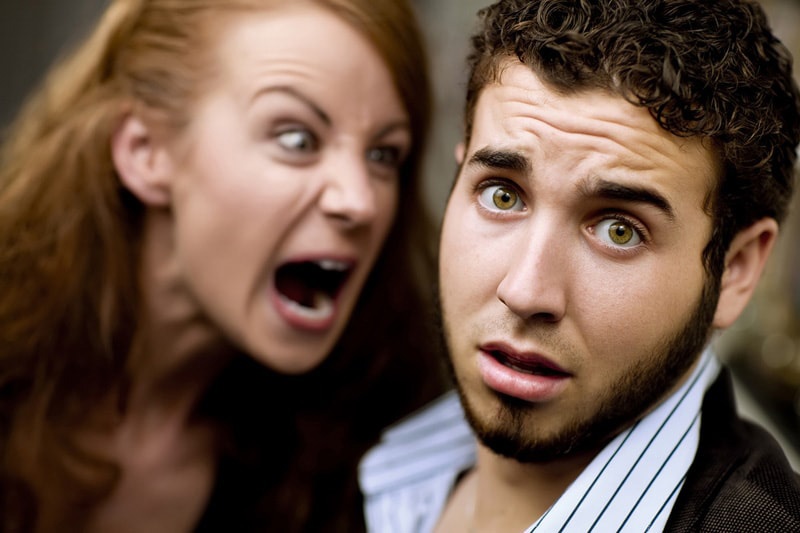 Ever hear the rhyme, “Sticks and stones may break my bones, but words will never hurt me?" Whoever wrote that probably wasn’t being verbally abused at the time. Or perhaps they were and just didn’t know how to make the verbal abuse stop.

The sad fact is name calling and other cruel words do hurt and can leave lasting scars. There’s nothing easy or acceptable about being verbally abused and, unfortunately, no snap-your-fingers way to make verbal abuse stop either.

There are strategies, however, that can help.

At Guy Stuff we work with couples and relationship problems of all kinds. We see couples every week where one partner is verbally abusing the other. Unfortunately, by the time many couples come to see us the abuse has been going on a long time and things have reached a breaking point.

Below is an example of just such a couple. Take a look at Willie’s question and my answer that follows.

We have been married for 42 years. From early on my wife has been sharp tongued and has verbally abused both our children and myself. It is always verbal accusations of how sorry you are, you are a screw up, and using the past as nothing but a weapon of hurt. It has escalated to physical abuse a few times on myself mainly. She did lash out at our children when younger but never in front of me. That I would have never tolerated. As the children have grown and moved away the shared abuse has now been mostly targeted at me. My company I worked for closed about a month ago. So the tension has grown. Not that it needed anymore fuel to the fire. I am tired of it. It has gotten vicious. I am weary, and no words ever help or apologies seem to never come unless they are from me. She gets almost violent. I am a big man and would never hurt her. How do I deal with being verbally abused, and can our marriage survive and I survive?" -Willie D.

Too many partners can likely relate to Willie’s situation. Because it can seem like words aren’t really abuse, many people suffer being verbally abused for years before looking for a way to make it stop.

Willie, you use some very accurate words to describe what it’s like to be verbally abused. I’m sure others can relate to how you feel: “I am tired.” “It has gotten vicious.” “I am weary.” “No words ever help.” You also show that men just as much as women can get abused verbally too.

You give several really good examples of what being abused verbally can look like:

Now to your question about how to deal with being verbally abused. How you deal with it is to stop dealing with it. In other words, stop accepting it. Most likely, barring a miraculous change by your wife, the only way to stop her verbal abuse is for you to stop tolerating it.

If you stop accepting her verbal abuse, one of two things will have to happen. Either she will change and stop being abusing you, or your relationship will change and potentially end.

It's very important to note though that since you've been together for more than 42 years, there's a long history of her abusing verbally and your accepting it that has to be overcome. That means it's going to be hard and take some time for you both to start creating some different ways of doing your relationship. But it’s doable.

How do you begin to stop tolerating verbal abuse? In many small and large ways you send the message, ‘I won't accept it anymore.’ Here are a few examples:

Sadly, a lot of people just accept the abuse and don't ever do the hard work to force change. I hope that's not you. For the best interests and happiness of you, your wife, and your kids and family, I hope you'll start today to stop accepting being verbally abused.

If you can relate to Willie’s story, then you too need to follow my advice and find a way to stop taking the verbal abuse. Things won’t get better on their own, you'll need to initiate the change.

Editor's Note: This post was originally published December 1, 2012 and has been updated with new information for accuracy and comprehensiveness.