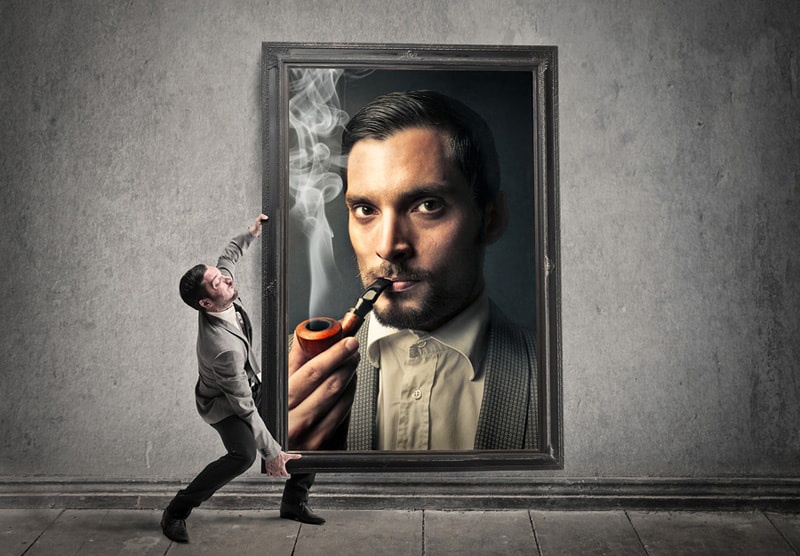 Know any narcissists? Chances are you do and chances are they’re probably men. Narcissism and men seem to be linked together. In fact, because narcissistic men are pretty common, most of us have at least a vague idea of what narcissistic behavior traits in men look like.

Men aren’t the only ones who display narcissistic behavioral traits, women can too. Narcissistic mothers, for example, are one female version. In fact, a young engaged couple I was counseling this week are struggling mightily with his mother's out of control narcissism and the impact she's having on their wedding planning and presently “on-hold” marriage.

But while women certainly can be narcissistic too, the majority of narcissists seem to be men and their behavior can be very damaging not only to themselves, but especially to those they love. This means that learning how to recognize the traits associated with narcissistic behavior is crucial.

Narcissistic behavior can be very simply described as, 'It's all about me' syndrome.' People who have narcissistic traits tend not to do anything that doesn’t somehow benefit them. Even seemingly altruistic behavior usually has the ulterior motive of making them look good or gaining them something.

Here's a social media post I wrote about recognizing narcissistic traits in someone you love. 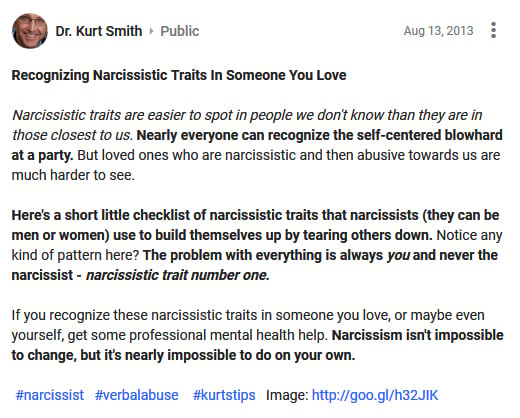 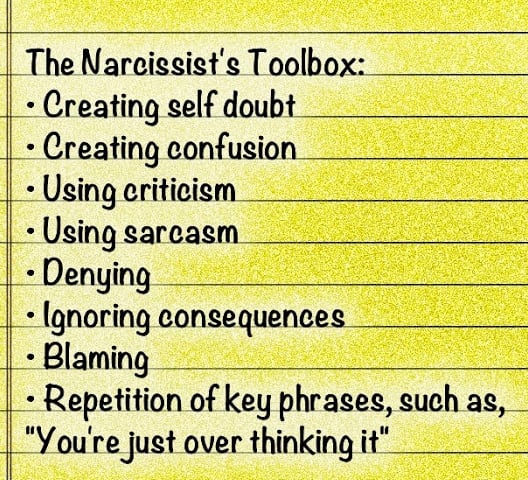 Sound familiar? Even things they have clearly and deliberately done are somehow your fault. Consider, for instance, the man who has an affair and blames his wife:

If you had been better in bed, more loving, more interested, etc. I wouldn’t have had to turn to another woman.”

Or the man who verbally abuses his wife:

If you weren’t so stupid, we’d have a better life.”

There are a few other traits that are common to narcissistic men. These behaviors may manifest in different ways depending upon the skill of the narcissist, but they are all almost always present:

Narcissistic men have an inflated sense of their importance and tend to surround themselves with people who feed that feeling. They have the need to feel attractive, successful, in charge, and center stage in any and all settings. Many men who relationship hop or change jobs regularly are doing so to feed their self-esteem and maintain their feeling of importance and value.

They typically exaggerate their accomplishments and abilities. Always the “my fish was bigger than your fish” story until the fish is eventually a whale. Notice the theme of these behaviors, that it’s some form of, 'Its all about me.'

Clues You May Be Involved With A Narcissist

Relationships with narcissistic men are notoriously unhealthy. For a narcissist the relationship typically only has value if it’s making him look good or giving him someone to blame for his mistakes or inadequacies. Of course, they don’t see it in those terms. Instead a narcissist will insist that his behavior is a form of love and rely on blaming you for any problems that exist.

Common symptoms of dealing with a narcissist, especially when you're in a relationship with one, is that you're:

These symptoms result from a couple of the behavior traits listed in the "Narcissist’s Toolbox" shown above.

One of the unfortunate and more extreme results of being involved with a narcissist is experiencing abuse. People with narcissistic traits often resort to emotional or verbal abuse as a coping mechanism for dealing with their own shortcomings. This is part of their need to blame someone else and avoid taking responsibility for their own faults and actions. This doesn’t mean that all abusers are narcissists, but it’s not uncommon for narcissists become abusers.

Do narcissists consciously act this way? Yes and no. Be careful not to try to analyze 'why' a person is a narcissist, because the reasons are often very psychologically complicated (read more about Narcissistic Personality Disorder). All you really have to understand is the destruction these behaviors have on others and the narcissist themselves.

If you recognize these narcissistic behavior traits in a man you love, or maybe even yourself, get some professional mental health counseling help. Narcissism isn't impossible to change, but it's nearly impossible to do on your own.

Looking over this list of narcissistic behaviors, do you recognize these in anyone you know? If so, please share your experience in the comments below so we all can benefit from learning about more signs of narcissism.

Editor's Note: This post was originally published Jan 18, 2014 and has been updated with new information for accuracy and comprehensiveness.