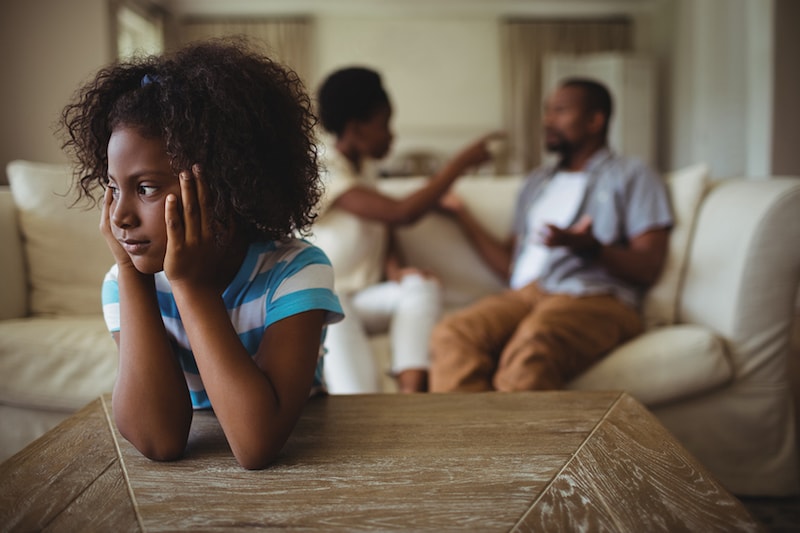 Children are all eyes and ears when it comes to their parents conversations. They watch our every move intently and don’t always understand what they hear. So it makes sense that there should never be fighting in front of kids, right?

Not necessarily. No relationship is perfect and arguments happen. We might think that we should stay silent, or always take our disagreements behind closed doors, but when it comes to fighting in front of kids there are some reasons why we should reconsider that belief. If you know how to fight in front of your kids it can actually be good for them.

What Does a Fight in Front of the Kids Teach?

In every long-term, successful relationship there are disagreements. Having a fight and finding resolution is one of the ways a relationship grows. Communication in marriage takes on many forms, including arguments.

Children who never witness an argument between their parents will not know how to cope when disagreements arise in their own relationships. As a result, as adults, they will naturally assume a fight means the end of that particular relationship, or that the relationship has failed.

Allowing your children to occasionally witness you fight (and make-up) teaches them about conflict resolution. And, it shows them that a strong relationship can weather a storm.

Most parents think fighting in front of kids is bad. But what's worse is shielding them from problems. Our job is to prepare them for life, so being real around them by letting them see our emotions, good and bad, helps them learn what to do with their own feelings."

When it comes to fighting in front of kids however, there are some definite dos and don’ts.

The Don’ts of Fighting in Front of Kids

The reason people try so hard not to fight in front of their kids is largely because they are afraid it will scare them. Well, it can and often does. When children see their parents argue it makes them feel insecure. This is why there are several things to be aware of when there are children nearby.

Melanie wrote into our blog explaining that,

My kids have seen me crying after trying to talk with him(husband), even though I try not to let them, and now my oldest daughter seems to be mad at him.”

Seeing you cry or become otherwise overly emotional as a result of a particularly volatile argument can backfire. As protective as you are of your children, they are also protective of you. Putting your child in a position where they chose sides between parents is confusing to them and unfair.

The Dos of Fighting in Front of Kids

Your children are watching you to see how they are supposed to behave as they grow. What you show them is what they will consider normal. One thing that is a certainty is that there are disagreements in all normal relationships. Fighting in front of kids in the right way will teach them not only how to handle their own arguments, but will also provide a certain amount of emotional security. They will grow knowing that people can disagree and still love one another.

Knowing the above, keep the following things in mind regarding how you fight in front of the kids.

Fighting in front of kids is never ideal. But, successful and healthy relationships include occasional disagreements. That being the case, we as parents are responsible for showing our children how to handle a disagreement effectively. Children very often do as they see rather than as they are told, so remember to show them the right behaviors a much as possible.