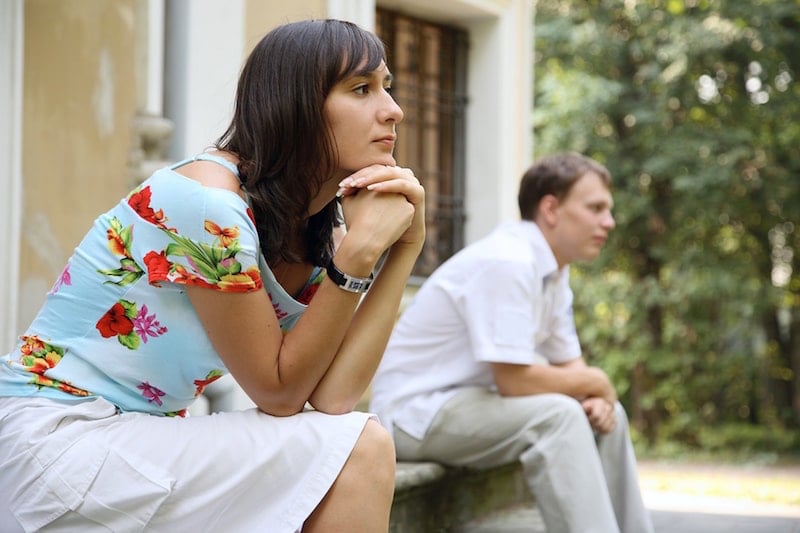 We've all had times in our relationships when we can relate to the book title Men Are From Mars, Women Are From Venus. As the title suggests, men and women don't always speak the same language and sometimes it can be so bad that it’s as if they’re from different planets. So how do you talk to a man?

This can make communication in relationships difficult at times, and communication breakdowns are one of the biggest problems couples can face. This is especially true in long-term relationships. Dealing with day-to-day life and all the normal struggles can cause us to forget how to best communicate with each other. Eventually the lack of understanding moves from frustration and to a disconnect between partners that makes it very difficult to deal with anything at all.

Women are generally better communicators than men. This isn’t always the case, but women do tend to be more emotionally aware than men and better able to articulate their feelings. Unfortunately, an abundance of discussion about feelings and emotions can be overwhelming for many men. So ladies, learning the best way to communicate with a man can be a vital and important skill to have.

What Are The Best Communication Methods?

There are a number of communication techniques that can be effective. What works for you and your partner depends on each of you as individuals. Some principles, however, are tried and true. Here are 5 communication secrets about how to talk to a man that will help both men and women bridge the communication gap.

The following is an excerpt from 5 Talk-To-Him Truths That Can Keep Your Bond Strong by Stephanie Booth.

Think about how football players congratulate each other after a win: high-fives, butt slaps, and Gatorade dumped over one another's heads. Suffice it to say, men like to be praised in a totally different way than women do.

To compliment him so he feels it, save the sappy stuff for your girlfriends and adopt a less-is-more attitude instead. Short and sweet lines (think "I had no doubt you'd get that promotion!") will mean more to your man than raving about how he's the next Donald.

Let's say you and your guy have just had amazing sex. You're curled up in each other's arms, enjoying the post-booty buzz, when two things happen simultaneously: You're overcome with an urge to confess that you've never felt closer to him...right as he's closing his eyes to enjoy the afterglow.

Before you assume he's not feeling the bond, remember that the way men and women experience intimacy is essentially opposite. While women tend to put a talking soundtrack to intense moments, guys want to be in it without the running commentary. "Summing up an experience enriches the event for women," says James Houran, Ph.D., director of psychological studies for True, an online relationship service. "But men don't place the same emphasis on dialogue." So while you're recapping, he's thinking, "Why rehash this? We just did it!"

When her husband lost his job, Annie, 25, tried to offer consolation. "I'd ask, 'How are you feeling? Are you okay?' because that's what I'd want people to ask me. But every time I raised the subject, James just brushed me off."

This reaction is a typical guy approach to a crisis. Women circle around dilemmas with discussions to tackle them, but men prefer to skip the chitchat and fast-track to the solution. So while Annie wanted to work through the impact James's job loss was having on his self-esteem, his only interest was in an action-based resolution.

Generally, the only tears guys shed are tragedy-fueled. Women, on the other hand, will well up for all sorts of reasons: frustration, fatigue, anger, empathy, sadness, and yes, even happiness. And female tear ducts are often triggered by something small (like stubbing your toe) after a series of other bigger frustrations. Makes sense to women...big mystery for men.

Take a look at it from his perspective. One minute you're seemingly happy, the next you spill some milk and start bawling. If there's no obvious, tangible problem to match the tears, the emotional outpouring appears to be a huge overreaction, so your guy doesn't show you a whole lot of sympathy. The problem: This in turn hurts you.

"This isn't about men being insensitive," explains David Coleman, author of Making Relationships Matter. "They get frustrated because they want to find a specific problem and solve it."

Besides those three little words (I love you), those two little words (I'm sorry) are the most difficult to say in a romantic relationship, especially for men. First of all, it's a closure thing. While women need to give (and hear) that verbal apology right after a fight to feel like it's over, men don't. "It's not in their makeup to dwell," explains therapist Nina Atwood, author of Soul Talk. So once the fight has seemingly ended - meaning, you've stopped verbally battling - they move on.

What's a girl to do? Look around to see if he's been showing you he's sorry in other ways. While women rely on hearing those words of regret, men are more inclined to show it. "For a guy, your hurt feelings become a problem he needs to fix, and men do that by taking action," says Atwood.

To read the whole article click here: 5 Talk-To-Him Truths That Can Keep Your Bond Strong.

What To Do Now

If you are reading this and any of it rings true for you then there are a few things you should consider doing.

Using this list as a guide can set you on the right path to better communication. It doesn’t happen overnight though. Better communication and understanding between partners takes work – from both of you. This can’t be a one-sided effort. In order to be successful, you both need to be willing to make changes in order to bridge the divide.

Editor's Note: This post was originally published Jan 26, 2010. It has been updated for accuracy and comprehensiveness.