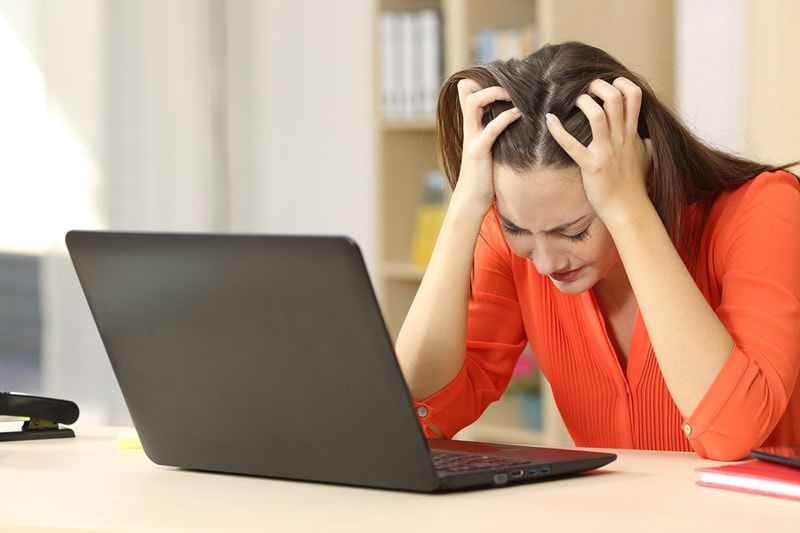 What’s the most important component in a relationship? That’s may sound like a trick question, but at the top of the list without question is trust. Nothing breaks trust faster in a relationship than cheating, and cheating can take a number of forms – like emails from a husband to other women.

At Guy Stuff we work with couples facing many different challenges. Inappropriate behavior with people outside a marriage is a common problem that brings people into couples counseling.

Many spouses will try to justify their behavior by claiming “nothing physical happened,” so it doesn’t count. But nevertheless questionable behaviors such as flirting and emailing other women suggestive pictures can certainly cause big problems.

How Emailing Other Women Becomes A Problem

An example of these problems can be seen below in a question sent in by Shirley whose husband has been emailing other women and given her reason to worry about his fidelity. Take a look at Shirley’s concerns and my response that follows.

My husband and I have been married almost 2 yrs, together for 3. We have 2 wonderful children but the whole marriage has been a struggle in one form or another. At first he was controlling and physical, I say that because he has never actually hit me. We have gotten past that and it hasn't happened since. Now I'm finding emails from my husband to other women, pics of himself that only I should see are being sent, and he's talking to women in an inappropriate manner for a married man which is basically telling them that he wants to sleep with them. My daughter is 6 months old and I found out right before she was born that when my son was a week old, he is now 2, my husband cheated on me. He also lies a lot. Even about small things and has excuses for getting caught while doing it. I have also caught him several times doing his "thing" watching porn at times when he hasn't tried to touch me in a week or so. His collection is enough to fill a small video store. I'm tired of being hurt by his lack of loyalty and honesty, let alone him being faithful. I don't trust him at all whether I'm next to him or 1000 miles away and I'm suspicious about everything. I've told him I'm fed up and done with it, he asks what I want to fix it and I suggest counseling and he outright refuses to go. What do I do, I'm not feeling any better and I don't know how to fix the affection, trust, or the entire marriage for that matter. I love him with all my heart but there's only so many "mistakes" I can take." -Shirley V.

I'm glad to hear that there's a limit to how much of this you can take. Too many of us put up with too many "mistakes," and for much longer than we ever should. What you're experiencing is abuse. It's the same as physical abuse, just in a different form.

When our partner does not respect, love, or value us, its abuse. You've accepted it too long already and you need to stop accepting it right now.

You can't stop his behavior of abusing you, but you can stop your accepting it. When your husband sends emails to other women, he's not loving you the way you deserve, so start valuing yourself more and do something to change this.

You also need to go to marriage counseling without him. You don't have to accept his refusal or his abuse, so don't.

Find a marriage counselor who can give you the support and guidance you need to get things to change. As you realize, there's a lot in your relationship that needs to change. And it can -- with or without him going to counseling. An expert on marriage and and men can teach you how to do this.

Comparing Yourself To Other Women

If your husband is pursuing other women it's very easy to feel that you're not enough. Comparing yourself to these women is normal, but also horribly damaging and unfair.

When you don’t feel valued and appreciated by your partner it can have detrimental and long-lasting consequences to your self-esteem. Although Shirley is concerned about her relationship, and rightly so, the most important thing to do first is to protect her own feelings of self-worth and understand that she deserves better.

Feeling clear about your worth will impact all areas of your life and set the tone for your relationship. Ultimately, even if her husband doesn’t change, the steps she takes to take care of herself, and her mental well-being will make a big and positive difference in how she shapes her future.

Here’s the good news – when you spend time working on yourself and your own self-confidence it can inspire your spouse to do so as well. As he sees you grow and take charge of your own happiness, your husband may want to follow suit, or develop a newfound respect for you and commitment to the relationship.

There’s no crystal ball to predict whether Shirley’s husband will stop sending emails to other women, or magic formula that will make him change. But by taking care of herself and focusing on her part in the marriage she can influence him and will become a happier person and a better parent – with or without him.

Got a question you'd like to Ask a Marriage Counselor? Click here to submit it and I'll answer it in an up coming post. Be sure to Sign Up by Email at the bottom of this page so you'll get my answer as soon as it's published.

Editor's Note: This post was originally published June 12, 2010 and has been updated with new information for accuracy and comprehensiveness.