How To Recognize Arousal Addiction Symptoms 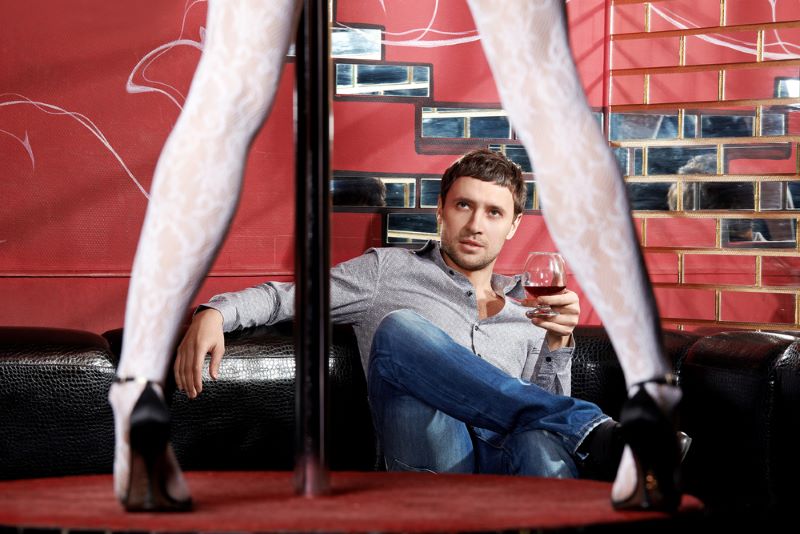 One of the biggest issues is the lack of familiarity with problems like arousal addiction and its associated symptoms. Many just find the behaviors too embarrassing to talk about or are even unaware of what they’re really dealing with. As a result, arousal addiction symptoms go untreated and can grow, disrupting life and relationships.

What Is Arousal Addiction?

Or anything else that stimulates sexual interest or arousal.

Over time, arousal addiction can make having normal sexual relationships nearly impossible and cause disruption to many other areas of life as well.

When these arousal addiction symptoms and behaviors go unchecked they can lead to unsafe and irresponsible sexual experiences like,

How Do I Know If I Have An Arousal Addiction?

Many people - men in particular - find pleasure in sexual stimulation. But there’s a difference between having a physical response to certain things and suffering from a full-blown addiction.

So, how do you know if your symptoms rise to the level of arousal addiction? Ask yourself the following questions:

Answering yes to any of these can mean that you have, or are in danger of having, an arousal addiction. If you’ve answered yes to more than one question then it’s very likely you’ve developed an addiction or at minimum have a problem that you need to address.

Damage Arousal Addiction Can Cause

What else do those responses have in common? They’re all false.

Any addiction is damaging. Just having an addiction implies a person’s behavior is out of balance and the addicted individual is no longer able to control their urges.

Dr. Kurt works with people dealing with addiction on a weekly basis. In his experience,

There's more to what makes an arousal addiction a problem than you may realize. Yes, it can make your life out of balance and lead to other problems, such as conflict with a partner. But the deeper issue is why you're doing the associated behaviors. What's the reason or motivation other than 'it just feels good'? I ask people to think about how they're 'using' it. It serves a purpose. There are reasons why they don't feel good and need the high of sexual arousal. Discovering the answers is what's necessary to truly get control over this as well as any other addiction.

Many people mistakenly believe that compulsive sexual behavior that isn’t deviant or illegal is a no harm no foul situation. They may also believe that behind closed doors everyone else is doing the same thing, so their behavior is normal.

Unfortunately, neither of these things are true and the damage these behaviors cause is very real.

Arousal addiction can prevent a person from having normal, healthy relationships. It can also give a person a false sense of what “normal and healthy” looks like.

None of which is conducive to maintaining stable relationships.

If in a relationship, the addict’s partner will suffer as well. Arousal addiction may mean that the individual needs additional outside stimulation in order to perform sexually, leaving their partner to feel inadequate, lonely, and unloved. Eventual consequences if this situation isn’t addressed could be depression associated with the behavior and/or divorce as a result of it.

Arousal addiction can also cause problems at work.

Because the urge for sexual stimulation can be so strong it can mean failing to complete tasks or even missing work in lieu of satisfying their desires. There’s also a possibility of inappropriate behavior toward co-workers if urges become evident in comments or conversations.

For the addict themselves, depression, isolation, shame, and loneliness are all very real concerns. And, very sadly, because most sexually compulsive behaviors go undiscussed, these problems can become so severe that they may put a person at risk of suicidal behavior.

Is There Anything I Can Do About Symptoms Of Arousal Addiction?

If you are beginning to come to terms with the possibility there’s a problem, you’re probably also wondering if there’s anything you can do about it.

The good news with any addiction is that once you’ve recognized it as an issue, you’re now in a position to start to make changes. No addiction needs to be the permanent state of things.

Of course, that doesn’t mean that breaking your addiction will be easy or happens overnight. In fact, it can be really difficult – especially for sexually oriented addictions.

Any addiction that involves sexual behavior can feel too embarrassing to discuss. But often the only way to real resolution and a change in behavior requires discussing what’s being experienced.

If you’re not quite ready for that, however, there are some things you can do to start making changes on your own.

Be aware though, that if your arousal addiction symptoms are overwhelming, these efforts may not be enough without the support of a counselor. You may take comfort in the knowledge that counselors who specialize in these areas not only can help but are also adept at taking the shame and embarrassment out of the situation too.

How To Recognize Arousal Addiction Symptoms

Why Does My Husband Prefer His Hand Over Me?

Understanding the Link Between Pornography and Depression

Inside Look At Pornography Addiction

How Deceptive Sex Addiction Symptoms Can Really Be

Could My Husband Be a Sex Addict?