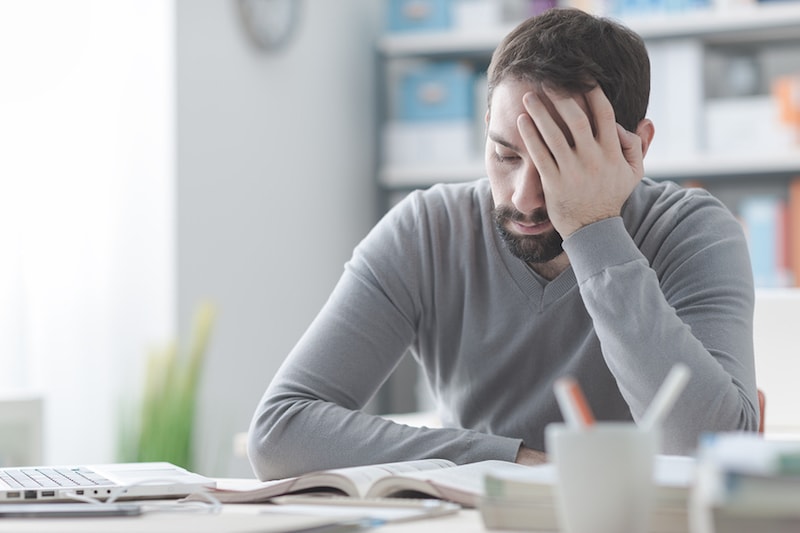 A midlife crisis can happen to anyone. In fact, most people experience a distinct mental and emotional change during midlife and that’s completely normal. For the majority of them, however, this is more of a transition than crisis. There are some though, especially men, who will experience a full blown crisis. So what are the symptoms of midlife crisis men? Let’s take a look.

I explained to her that, yes, these can be all midlife crisis symptoms. The behavior of midlife crisis men can definitely look like one or all of these.

How To Recognize Midlife Crisis Symptoms In Men

Angie’s husband, Frank, has been doing the things she mentioned for the past 11 months. And no matter how hard Angie tries to understand, she just doesn’t get what happened to her husband. Feeling this way for loved ones of midlife crisis men is very common. Wives and family members often report that it seems to happen overnight, like a switch flips and they've changed.

She says Frank used to think about others and now is only focused on himself. How do you explain what happened to the man who once packed up the Thanksgiving dinner leftovers and took them to the homeless shelter, but now walks away from his crying kids without a care in the world, she wants to know. This insensitive and self-centered behavior isn’t anything like the man she married and the father her kids love. She has even started to believe he doesn’t love her anymore, something she would never have thought even a few months ago.

The symptoms of a midlife crisis can vary, but overwhelmingly it’s characterized by very selfish behavior. Men going through a midlife crisis often rebel against the lives they’ve worked so hard to build, feeling like somehow they’ve missed out on something along the way. Erratic behavior, affairs, and high-risk, selfish actions are all very common.

6-year-old Jaden cried out as she sat in the car. When Frank approached she pleaded,

Daddy come home with us.”

Frank ignored her cries for him and quickly kissed her forehead, said goodbye and walked away. Angie believes he was headed to the casino to meet up with the other woman.

Midlife crisis men can definitely have behavior that defies common sense. On the surface it looks crazy, but when you can understand what’s going on on the inside, the illogical behavior can be a little more understandable, even though it still is crazy.

Transitioning through midlife can cause many people to take a closer look at their lives, what they’ve accomplished, what they’d still like to do, and make new plans for the future. For some, however, all they can see is what they haven’t done.

Knowing that there may be more time behind you than ahead of you can trigger regrets or even panic. These thoughts and feelings can put people into crisis mode and initiate bizarre and desperate behavior like Frank’s. And although the inclination can make sense to some degree, the idea that someone might really risk their family, job, and life rather than thoughtfully resetting goals and re-prioritizing, is hard to understand.

What we need to keep in mind is that, as selfish as it is, a man going through a midlife crisis needs help. Because their behavior is so damaging and self-centered, it can be hard to want to help midlife crisis men - the pain they cause often drives people away. But without help it can be difficult for them to recover, repair the damage, and re-engage with their lives and families, which is exactly what they need to do.

There are a lot of women like Angie -- struggling to understand their husbands and save their families. Counseling women like her is what we do at Guy Stuff – we’re not just about counseling men. If you’ve got a man with midlife crisis symptoms like having affairs, irresponsible spending, and abandoning their family, it’s time to get help. If you’d like more information on midlife crisis men and heir behaviors, you can also read more here – midlife crisis.

Editor's Note: This post was originally published December 10, 2011. It has been updated for accuracy and comprehensiveness.