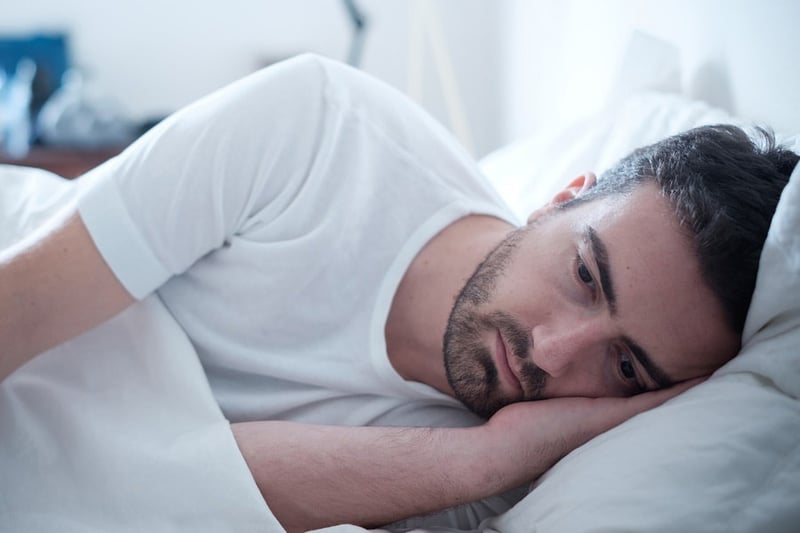 The truth is that men get depressed. Most of us won't admit it to others or ourselves, but we do. We’ve been conditioned to think that depression and sadness are signs of weakness. So, often we hide it, ignoring the symptoms and our true feelings. Which leaves the women in our lives having to ask, "Is my man depressed?"

When I counsel men about getting depressed most of them think it’s something other people get, not them. They believe the way they feel will pass, that they just need more sleep, or will use any other excuse that seems useful for explaining away their problems. I used to think that way too (I’ve been depressed myself before and denied it too).

The problem is that depression doesn’t generally just go away on its own. Especially if the person suffering is in denial and trying to power their way through it, which is what many men attempt to do. And if you are the spouse or a partner of a man who’s depressed, finding a way to help him can be really challenging.

How To Know If Your Man Is Depressed

Here’s an Ask A Marriage Counselor submission from our website by a wife who's asking if her man is depressed? Read her story and see if you can see yourself or your partner somewhere in

My husband and I have been together for 7.5 years, but just got married last April. I believe he's struggled with depression for years, but over this past year we've gone through many changes and he's hit an all time low. He wants to isolate to the extreme, says he gets mad if he leaves the house. And he's unwilling to get any help because he thinks there's nothing that will help except isolating and sleeping. He used to work out everyday, but doesn't at all anymore. He has always been into sports, but now won't join any intramural teams. He won't talk, if he's not sleeping, he's watching sports/movies or on the computer. He for awhile stopped showering, saying there was no point. Now since he's been working again, he's back to showering. He frequently makes references to ending his life in the near future because he's pretty hopeless. I'm at the point I don't know what to do because I don't know how to get him help. Is my man depressed?" - Amber

Well, Amber, let's see if your man is depressed. You say he:

Yes, Amber, your man is depressed.

Now, most depressed men don't have as many symptoms as Amber's husband, but they always have some of them (Check out these other Signs of Depression in Men).

I was counseling a man this week who's depressed. And it's totally understandable why he is, too. He's been having an affair and is torn between going back to the other woman or staying with his wife (I know, hard to be sympathetic for someone who's made such poor choices, but we can all relate to having to make a tough decision and being torn both ways). On top of that, this time of year is especially hard for him because of some anniversaries of family deaths. There are other reasons why this man gets depressed, but this is enough to give us some understanding of his circumstances.

All of this just shows us how and why both of these men (Amber's husband and my patient) can get depressed. I teach men that it's okay to admit you're depressed. It's not a sign of weakness or that there's something wrong with you (what I used to believe). Feeling depressed is just a normal byproduct of being in a tough situation. That happens to all of us.

How You Can Help Your Man With Depression

Amber's next question will likely be, "So my man is depressed, what can I do?" Do what the wife of the guy above did -- talk to a professional counselor like me. This guy didn't want to get help either. For each of our meetings that past few months she's had to drag him to them kicking and screaming (or more accurately bitchin' and moanin'). She even came to see me without him when he wouldn't come. Despite his repeated threats that he's not coming back, he does.

It took a little while, but this guy finally was able to admit this week that he's sad and depressed, and now can see why that's understandable and normal. So now we've begun to work on making the changes needed to improve his mood. His getting to this point has had a lot to do with his wife's persistence in coming to counseling for help (with or without him).

Depression is a serious mental health issue. Left untreated it can lead to additional problems, including suicide. If you're asking the question, "Is My Man Depressed?" there's hope, however. There's help out there and change is possible when you take the steps to make it possible (with or without him).

Editor's Note: This post was originally published January 11, 2014 and has been updated with new information for accuracy and comprehensiveness.