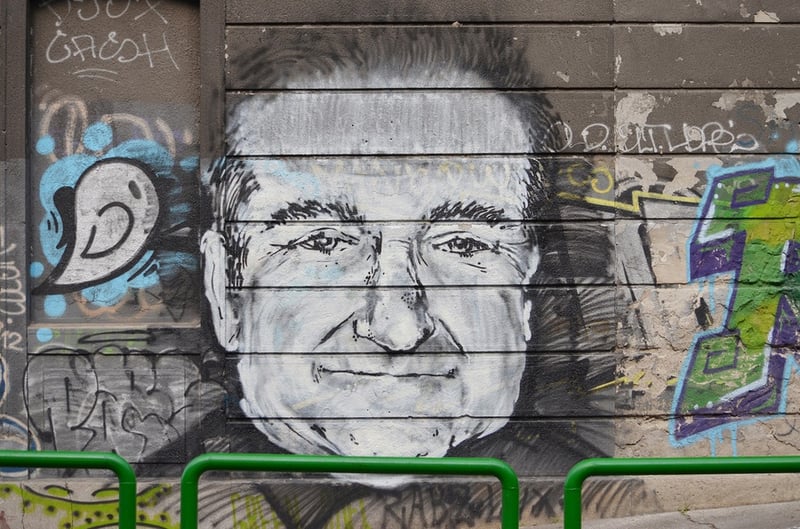 Depressed Men? "Yes, Virginia there really is a Santa Clause (and depressed men)." And truthfully, there are a lot more of them than most people think. They can just be a little hard to spot.

Men have long been conditioned to hide their emotions and any thoughts that could be construed as weakness. This means that mental health problems like depression are often swept under the proverbial rug and never discussed. In fact, many men who are depressed may not even realize that’s what’s actually going on with them. They just know they’re unhappy, angry, or don’t feel right – but of course they won’t talk about it.

Depressed Men Are All Around Us

The suicide of actor-comedian Robin Williams in 2014 shocked us all. How could someone so popular and successful, with what seemed like everything to live for, possibly want to end his life? But depression doesn’t care how happy you should be since it blocks out your ability to see things in a positive light.

And in the case of Robin Williams we all got to see what depression in men can lead to. But as a therapist who treats and writes about depressed men, the subject and outcome is nothing new.

Men hide from depression. And a lot of them do it really well. We still live in a ‘John Wayne,’ “get ‘er done” culture that makes linking depression and men like a four-letter word for most men. I call it the ‘weakness factor’ I’ve written an article about the phenomenon. Here's an excerpt:

I’ve found that it’s much easier for women to say, “I’m depressed,” than it is for men. This has more to do with what I call the “weakness factor,” in which men struggle to admit something’s wrong with them or acknowledge something they perceive as a sign of weakness." -Dr. Kurt

Truthfully, Robin Williams is not unique when it comes to depression in men. Although he was suffering from underlying health conditions that likely played a role in his mental health, his inability to see a way out of how he felt is common. Men - successful men, struggling men, rich men, poor men, young men, old men, men of every ethnicity, all men - can struggle with sadness and how they feel about themselves. And, yes, struggle to the point of killing themselves to make their mental pain stop.

How To Spot A Depressed Man

Are there signs when men are depressed? Yes. Here are a few signs of depression friends saw in Robin Williams:

A couple of other signs of depression are alcohol or drug abuse. And for men, anger is often another symptom. Depression in men looks different than the stereotypical depressed person definition.

Other common factors associated with depression in men include dissatisfaction with one's life, untreated midlife crisis, defining what others see as success as failure in your own eyes, not seeing yourself in the positive ways others see you, having a poor self-image, feeling out of control.

See if you can see these in this quote from Williams:

It’s trying to fill the hole, and it’s fear, he told Maron of what led him back to drinking. You’re going, ‘What am I doing in my career?’ You bottom out... People say, ‘You have an Academy Award.’ The Academy Award lasted about a week, and then one week later people are going, ‘Hey, Mork!'"

This statement by Williams is very revealing. He says he had a hole he was trying to fill. We all have them. It's just that for some of us our holes are much bigger and we try to fill them with things that don't work -- alcohol, success, money. Look at his questioning of himself. While people pointed out his success in winning an academy award for best supporting actor (an accomplishment that only 68 other men have ever done), he only heard what to him must have been ridicule in people remembering him for his famous TV-role as "Mork from Ork."

What Leads To Depression In Men?

In Robin Williams case there are several possibilities, including the underlying effects of Lewy Body Dementia, a condition that wasn’t diagnosed until after his death despite symptoms becoming evident in the years preceding his suicide. That wasn’t the only factor, however. Based on statements by Williams long before the dementia began to interfere, depression is something he clearly battled with for years.

Here are a few other triggers for becoming depressed that he shared with other men:

Financial problems are also a very common trigger for depression in men. Obviously money is an important part of all of our lives, but in this culture we associate our identity and define our self-worth so much based on what we do and have done (and often only on what we've done lately as in Williams' case).

Can You Do Anything?

What can we do for a depressed man? Know the signs for depression in men and watch for them. When we see them, suggest to him that getting counseling help would be a good idea. This can be a tough sell to men, so being persistent is important. Ultimately, and sadly, we have to recognize that we can't control what the person does or doesn't do -- if they'll admit, "I'm depressed," if they'll get help, or if they'll change the way they think and live.

And that's really the end of Robin Williams' story. It was his life and he chose how he lived it. Sadly for him, he chose to escape the pain of this world despite the pain his choice ended up causing millions of others. Hopefully, his life story will challenge other depressed men to choose a different path.

Editor's Note: This post was originally published August 18, 2014 and has been updated with new information for accuracy and comprehensiveness.