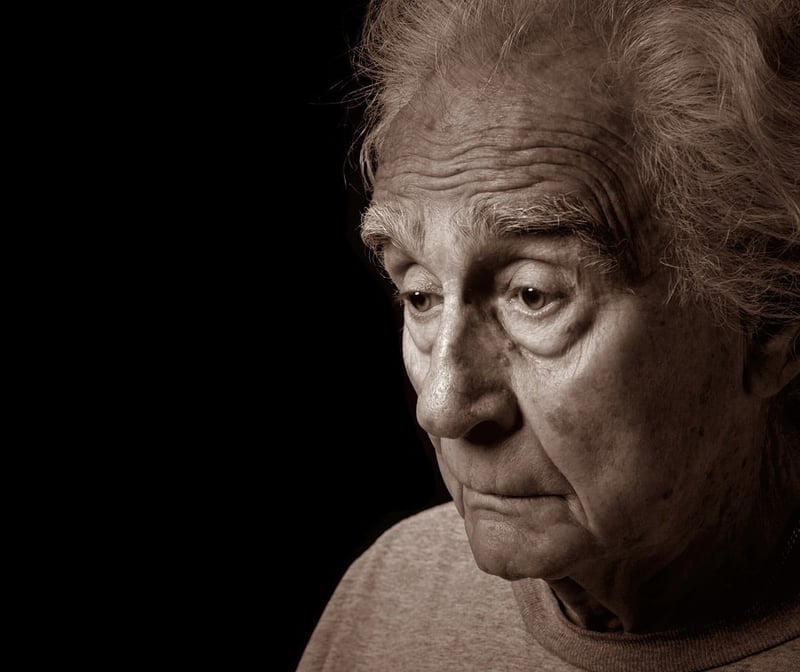 Depression is a serious and tricky illness. Unfortunately, it can also go unrecognized for a long period of time – this can be especially true for depression in men. People suffering with depression can become very adept at covering the symptoms or making excuses. And some may not even be aware themselves that there’s a problem.

While there are similarities between men and women in the underlying symptoms of depression, their outward expression can look a lot different in men. For example, feeling hopeless often leads to anger in men as opposed to the lethargy that can manifest in women. As a result, depression in men can be particularly hard to spot sometimes because it doesn't look like we think it should. However, the causes of depression in men don’t have to be so difficult to see though as you'll see in a moment.

What Triggers Depression In Men

Life can take many twists and turns – some for the better and some not so much. We all experience these ups and downs, and most of the time we get through the downs and move on to better times. But for many of us certain situations at can trigger an episode of depression and make us feel a hopelessness that won't go away.

Take a look at the list of life events below and see if you can see how these could cause anyone to feel depressed. These are actual stories I've heard from men in counseling recently:

As you can see, it's been a little rough in counseling lately. If you're a guy struggling, feeling down, and maybe even a little hopeless, you're not alone.

Circumstances like these can naturally lead to depression in any man. And so understandably, many men get depressed. In fact, more than 6 million men suffer from a depressive illness every year (that's 7% of the male population in the United States). However, in my professional experience of counseling men, the percentage of men with some form of depression, especially minor depression, is actually much higher.

How Depression In Men Can Look

Not only is depression in men hard to see, but it typically looks a lot different than it does in women. Additionally, because of the cultural expectations for men to be strong, not have problems or to talk about how they feel, the signs of depression in men are often hidden. Men are more likely to talk about physical symptoms, such as feeling tired, rather than feelings, such as feeling sad, worthless or having excessive guilt.

Some of the most common symptoms of depression in men include:

A few of the above are not just signs of depression in men, but also examples of the ways men deal with it. For instance, instead of asking for help, which many men perceive as weakness, men are more likely to deal with depression by drinking heavily or even committing suicide. Robin Williams was just the latest high profile example of a depressed man.

Here's the really BAD NEWS - WebMD states: Depression in men can have devastating consequences. The CDC reports that men in the U.S. are about four times more likely than women to commit suicide. A staggering 75% to 80% of all people who commit suicide in the U.S. are men. Though more women attempt suicide, more men are successful at actually ending their lives.

Here's the really GOOD NEWS Research shows that more than 80% of people with depression get better with appropriate treatment, which includes counseling, sometimes combined with antidepressant medication. And some types of counseling can be just as effective as medications for treating certain types of depression (such as Cognitive Behavioral Therapy or CBT).

The GREAT NEWS is that if you're feeling a hopeless like the guys above, you don't always have to feel this way, but you do have to get some help just like they're doing.

There’s nothing wrong (or weak) about being a man and feeling depressed over a marriage ending, losing a job, or not seeing your kids. What is weak (or really not smart) is to let pride prevent you from asking for help. I've found that acknowledging depression is particularly hard for a lot of men. Perhaps it's because it's about feelings and those are typically seen as being more feminine than masculine. While the reasoning will vary from guy to guy, a macho response of "I'll just power through it" is way too common.

When today’s man gets lost, he turns to his car or phone's GPS for help. The same needs to go for depression in men, when you ask for professional counseling help you'll discover how to get things to change for the better.

Editor's Note: This post was originally published on January 19, 2010 and updated on August 23, 2014. It has been updated again with new information.