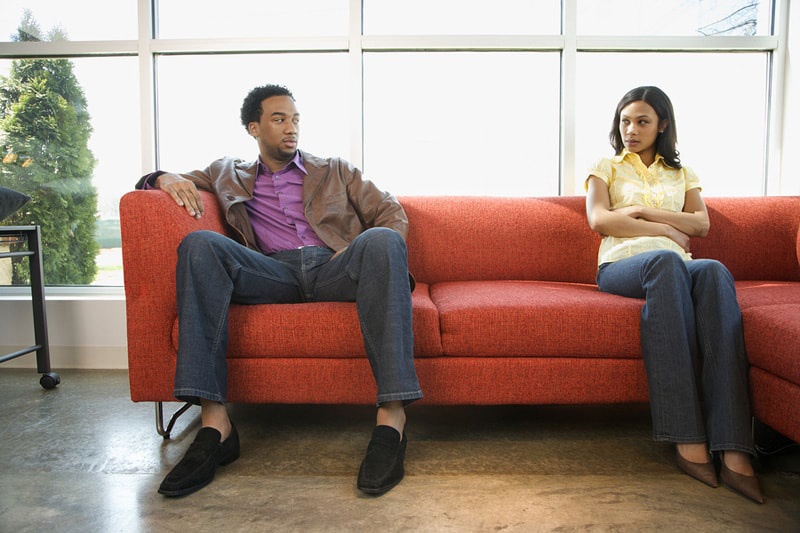 Money is one of the biggest sources of stress and arguments in a marriage. Even in the best of relationships, differences in spending habits, the stress of bills, and surprise expenses can cause a number of issues and anxiety. Dealing with fights about money can be very difficult for many couples and cause huge divides between partners. In fact, differences in the handling of money can lead to long-term problems and even divorce.

Recently I counseled a man dealing with financial problems and money fights in his marriage. He came to Guy Stuff because the communication between he and his wife had almost completely broken down and, he wanted help before they got into even bigger trouble.

What Money Stress Can Do

Randy's really worried about his family's finances. They've got one income and are overspending by a large amount every month. He knows that they're approaching their credit limits and it can't go on much longer.

He wants to sell the house. Their house is too big and expensive. When they bought it several years ago the mortgage and other expenses seemed manageable, even though even then it was a bit of a stretch. Not anymore. But they can't sell it, at least not for enough to make moving make sense.

He told me in our last counseling for men session that he doesn't know what to do. Erin refuses to consider any possibility of cutting their spending. And he's even more frustrated because on top of her refusal she still says she can't understand why he struggles with anger.

So now, in addition to dealing with the money stress and pressure of mounting bills, he’s also facing marital and personal issues. Anger problems, communication breakdown, and a resulting lack of trust and intimacy are fairly common results of chronic money issues within a relationship.

Dealing With Money Fights In A Marriage

It's common for those of us in relationships to hope that during difficult times, like when dealing with the money stress Randy and Erin are experiencing in their marriage, that the two of us will come together as a team and face the challenge as partners. We want to work as a team to face the difficulties and overcome together. Sadly, that's only a dream for many of us.

The reality often is that when stress comes most of us go to our dysfunctional selves rather than our best selves. We fear change, the unknown, become paralyzed, can't see possibilities, and quite frequently become polarized as a couple.

It’s pretty typical for partners to have different views on money and spending. Depending upon the role each partner has in the relationship and their daily responsibilities, their view of where to spend, where to cut and how to budget can be quite the opposite. One partner may have different priorities than the other based on what they see as the most important needs of the family. Not being able to see each other’s point of view and feeling like you’re right and they’re wrong is a big contributor to communication failure. And lack of communication causes more problems.

In order for couples to overcome their money issues they have to work together. This is going to mean compromise and that can be difficult, especially around money. Even couples with the strongest relationships can have a hard time coming together over money related subjects. This is why respect, love, and communication skills have to be strong.

Money is one of the easiest topics for couples to become polarized about (have opposing view points). The situation Randy and Erin are in is really common. And, unfortunately, these problems can lead to even bigger problems within the marriage. The fighting about money can easily lead to fighting about other things and cause a division between partners that is hugely challenging to overcome. This can take a toll not only on the relationship, but the family as a whole. So how do they stop their money fights? Read more here.

This is the first article of two examining a real couple struggling with money stress in their marriage. In the next article we'll look at what they can do to stop their money fights. Sign-up for our blog at the bottom of this page and be sure to get the next article.

Editor's Note: This post was originally published March 11, 2010. It has been updated for accuracy and comprehensiveness.