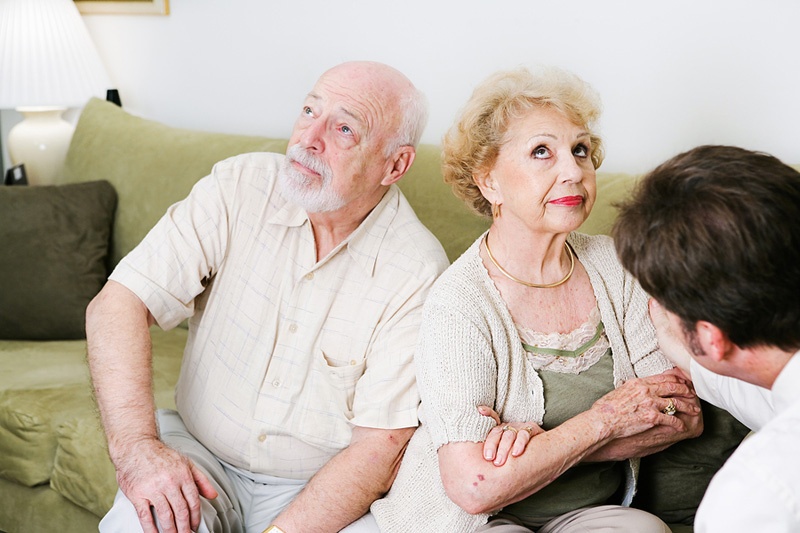 There are a number of things that are crucial for a marriage to be successful. Love and respect are the two we generally think about, but without good communication skills the first two will not be enough. If you are married but feel that you can’t communicate, you’re not alone. Problems with communication are are of the most common martial issues that bring couples to counseling.

At Guy Stuff we routinely work with couples who say, “We’re married, but we can’t communicate.” And this is not just new marriages or long-term marriages, but marriages of all lengths. Communication problems can develop at any stage of a relationship. We commonly hear comments like, “It’s like she’s speaking a different language” or “He just doesn’t seem to hear me.” Unfortunately, we also see many couples who’ve let these problems go on so long that the counseling they’re seeking is for separation or divorce rather than how they can communicate better.

Below you will see a question from Kristin who found herself in just that scenario. My answer follows.

The Problems Caused By Poor Communication

My husband has separated from me. Married 10 years, need more effective communication, better sex, all the regular complaints. He has been through therapy in the past and thinks he doesn't need to learn how to communicate but that I do, when I try to tell him how I feel he dismisses my feelings saying I'm too sensitive or my perceptions are all wrong, I feel he doesn't really hear me. We're married but can't communicate. Help!" -Kristin P.

Kristin’s situation isn’t uncommon at all. The idea that the communication problem belongs to one of them and not both of them is typical. Usually each partner feels like they’re doing it right, trying the hardest, and that the issue is with the other person. Not true.

If he won't come to counseling with you with you, then come by yourself. I've found that a lot of guys end up coming in when their wives follow through and go without them. But even if he doesn't come in, there are tools you can learn by yourself that will help you respond differently to his dismissing your feelings and not hearing you. These tools can be very powerful agents of change in your relationship.

So, if you want to have more effective communication, then shift your focus to what you have the power to change. You can change yourself. You can change some of the ways you've been communicating, responding and interacting with him. By changing your focus and efforts you may be surprised at the different results you can get from him.

Improving How You Communicate Is A Constant Process

People make the mistake of thinking that good communication is permanent. If it’s good once then it’s good forever, right? Nope. As people age, challenges arise, and relationships change, so do communication skills. Not understanding this can be a big stumbling block for married partners.

As life progresses and new experiences occur people have to adjust. These adjustments aren’t always easy and they can mean lead to challenges and changes in the ways you communicate. This can be a problem for their partner and marriage. It can also create a vicious cycle that starts and ends with poor communication. Take the following as an example:

A husband loses his mother. The pain of this is new to him and he doesn’t know how to talk about it or how he’s feeling. He becomes irritable and withdrawn. His wife wants to help, but trying to get him to talk doesn’t work. She takes it personally. They start arguing over smaller things, then bigger things. They grow apart, stop having sex, and now there’s a wall of silence between them.

The problem here isn’t a lack of love, or a lack of respect - it’s a lack of effective communication. And it’s not the fault of just one of them, it’s circumstances and the fact that they both need to learn some new communication skills to make things better. Even if they had good communication prior to the death of the husband’s mother, this change created a need for them both to adjust. Seeing that need is hard though, especially in the face of bigger problems and feelings. Most couples aren’t thinking, “Oh, life’s rough right now, we need to work on our communication skills.” They just let it go until they say, “I can’t believe we’re married and we still can’t communicate.”

It doesn’t have to be anything as devastating a death to prompt the need for improving a couple's communication either. Jobs, kids, and just aging can change us each personally and mean that we need to be aware of what’s happening and how that’s affecting the communication within our relationships.

If you’re frustrated because you’re married and you can’t communicate take heart - you’re not alone and there is hope. It just takes some work, time, and attention of both by you.

Editor’s note: This post was originally published December 3, 2009 and has been updated with new information for accuracy and comprehensiveness.